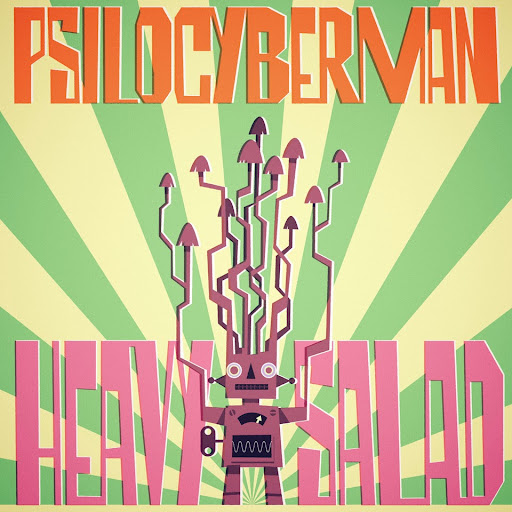 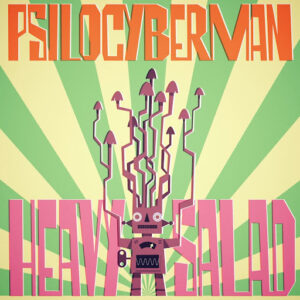 Manchester-based eccentrics Heavy Salad are back with a new song, inspired by sci-fi comic strips, rockabilly and psychedelia.

The track was produced by Stephen Street who is best known for his work with The Smiths, The Cranberries and Blur. Featuring robotic beats and doo-wop elements, Psilocyberman hints at the sound of their upcoming album Long Wave. It was recorded at Damon Albarn’s Studio 13 in West London and the band’s rehearsal space in Manchester.

In keeping with the eclectic sound, the song’s lyrics tell a story about cyborgs, experimenting with mind-altering psychotropic substances. The frontman Lee Mann elaborates on that: “It’s the tale of an everyday cyborg who is awakened from his electronic trance using the magical powers of psilocybin (aka “magic mushrooms”). He is aware! He feels the rhythms of the universe reverberate inside his mind!”