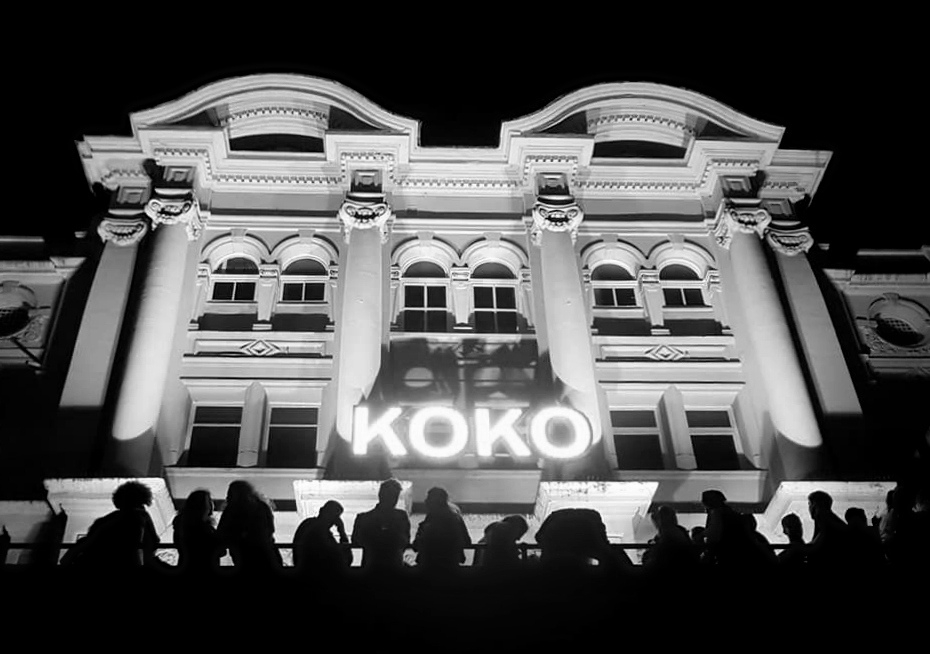 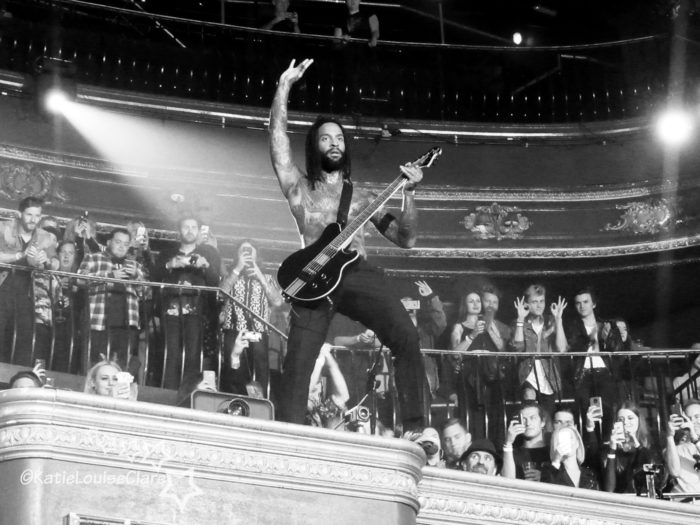 The Heavy Music Awards are back for their sophomore year acknowledging the talents and productivity of an extraordinarily extensive and varied music scene. This year’s Heavy Music Awards have moved their event from the urban House of Van’s skate park to the multi-levelled 20th-century grandeur of Camden’s Koko. Louder Than War’s Katie Clare went to see whom the Heavy Music Awards 2018 winners are and take in the evenings live performances.

Stepping in the classical architecture of the restored KOKO, in Camden for the 2018 Heavy Music Awards to a venue full of buzz. The interior red carpet is a mass of clicking cameras and fans are taking the opportunity of snapping their favourite band. Fan collaboration with The Heavy Music Award is a key element. While a judging panel of several hundred key music industry figures created the nominated the finalists, it was the public votes, all 131,000 of them, that decided on who takes home one of those heavy awards and by heavy we mean a combined weight of 49. 5kg heavy.

The second of our quartet of bands delivers a literal floor shaking performance of progressive post-rock. Will Gardner’s anarchic delivery is an enthralling showcase of hammering metal, hardcore rock and polished musicianship. The final awarding section of the night includes The H an award presented in recognition for a positive contribution to the heavy music scene going to The Sophie Lancaster Foundation. The charity was created in the name of Sophie Lancaster who died after a horrific attack on her and her partner in Lancashire; the attack result of simply the way the couple dressed. The Sophie Lancaster Foundation concentrations on creating respect for and understanding of subcultures in our communities and working in conjunction with politicians and police to ensure individuals who are part of subcultures are protected by the law.

Milk Teeth take to the stage for shatteringly grungy stop-start punk thrash-a-thon. Becky Blomfield peppy vocals are complemented by a classic punk rock sound with some huge and damn fine bass and drum rhythms. Arguably the three key awards Best Live Act, Best UK Band and Best Album, includes finalist as incredible as Enter Shikari, Creeper, Frank Carter & The Rattlesnakes and Code Orange and everyone has their picks for who will be victorious. Ultimately Gojira took Best Live Act, While She Sleeps took Best Album for You Are We and Brighton’s Progressive metalcore masters Architects. 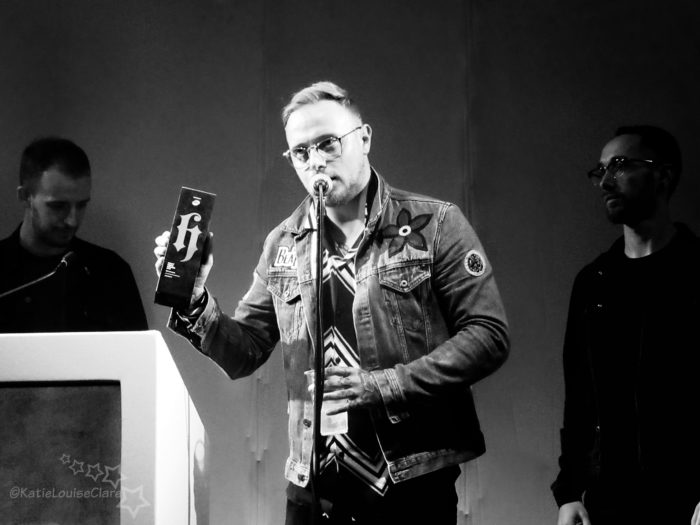 It’s time to clear the decks allowing Jason Aalon Butler, Stevis Harrison and Aric Improta aka The Fever 333 to provide an explosive culmination to the night. Bulter stands he head covered by a cloth bag as hypnotically yet upsetting footage is projected on a banner across the stage. A band that is in equal parts creative, frustrated and courageous. The Fever 333 take on the dysfunction and disaffection of our society: racism, misogyny and a variety of societies’ callousness and imbalances via a brutal synchronisation of post-punk hardcore and rap. Blasting through tracks from their compelling Made An America, only Aric Improta remain on stage throughout, Bulter and Harrison both assisting the audience in some energetic circle pits. Ground level not providing even of a spectacular, Butler climbs the balconies and Harrison taking to the centre balcony section to deliver a barrage of fierce riffs. A ferociously exciting addition to the scene, it can’t be long till The Fever 333 will be certainly collecting awards themselves.

The Heavy Music Awards partnered with a number of sponsors and the charities Centrepoint, Love Music Hate Racism, Safe Gigs For Women and War Child.

Article by Katie Clare. More news, reviews and interviews by Katie on Louder Than War can be found at her Author Archive. Katie can also be found on Twitter where she tweets as @tokyo_katie.

Katie can now be found on Instagram as  tokyo_katie_captures a feed is devoted to captures from shows past and present.