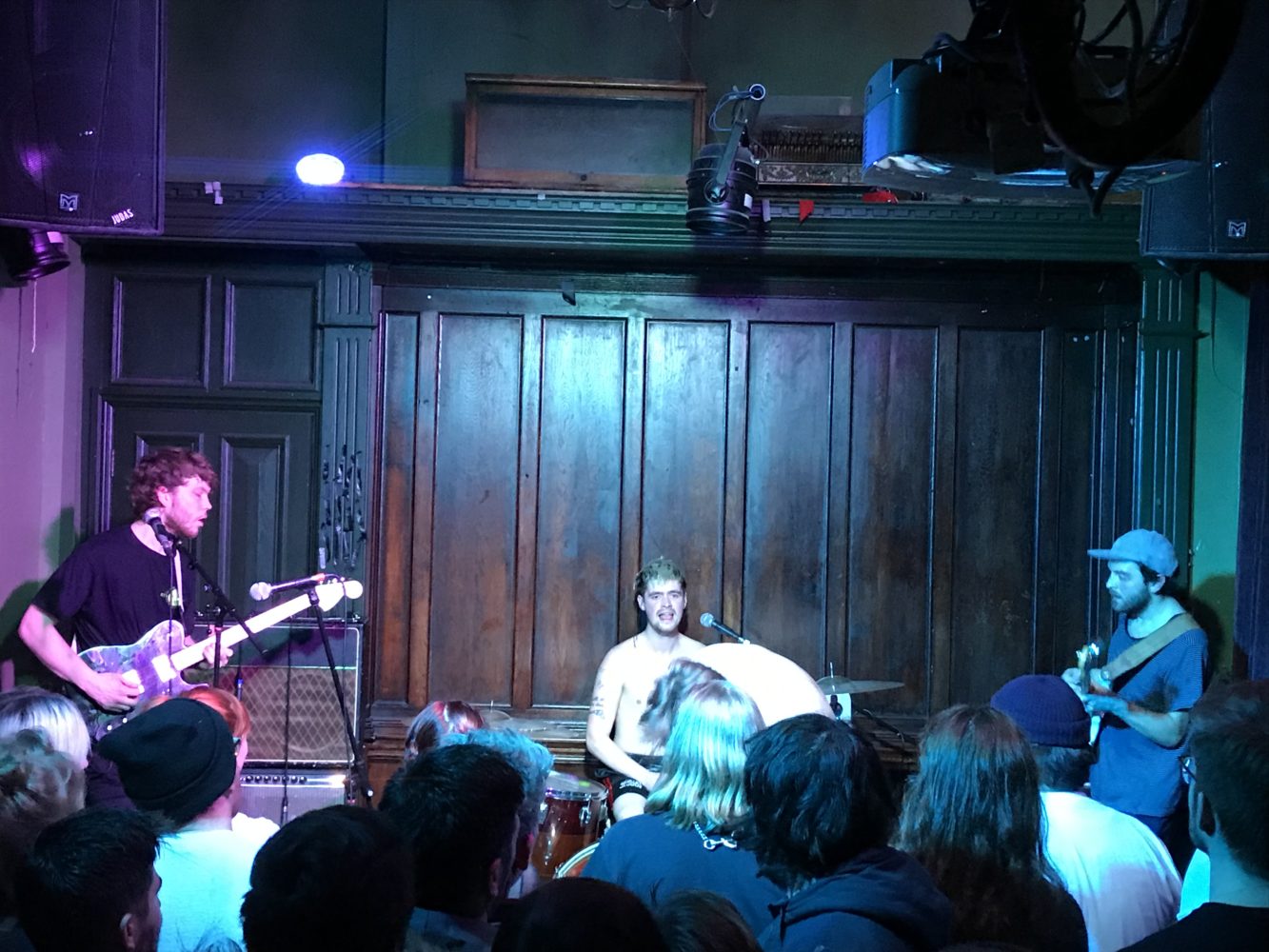 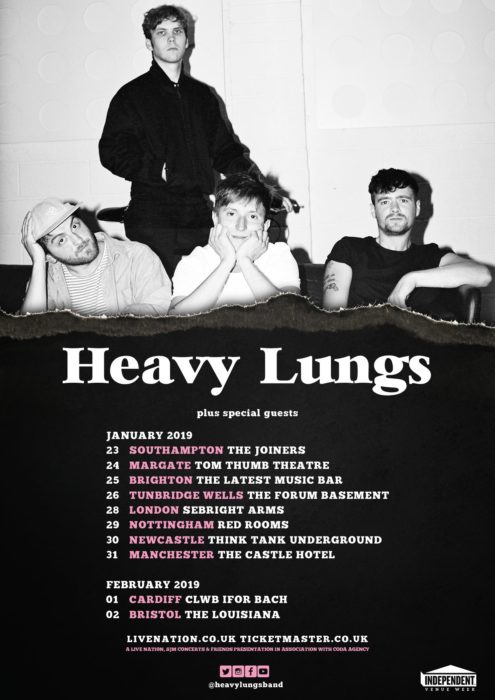 Will Metcalfe heads to The Castle Hotel to review Heavy Lungs and Vulgarians on the Manchester night of their tour.

The Castle is a very pretty venue. Sort of place you’d expect to get a bollocking off a drunken Mark E Smith at some point. Just looking at the place from over the road tastes like a well poured pint. If you look directly above the stage in the gig room, hidden away behind the bar and just before the smoking area, there is a lot of wood. The amount of wood that is quite worrying when it’s holding the roof above a venue. Both the bands and the sound man have commented on the mould ridden wooden beams, which act a source of the tears of rainwater being leaked onto the venue. And without earplugs, you would be nothing short of tears after tonight’s entertainment.

‘Yeah, we played Newcas…’, and before he finishes the conversation with someone in the front row, Ryan Wilson-Preen takes to the stage affront of his band of merry musicians. The collected just-above-the-ankle-height of their trousers proves and cements that they are definitely a post-punk band. If you spend too long looking at their trousers you’ve probably missed half of the set. Familiarising with released material would be pointless. Along with comeback single Dead People Are Easier To Love (NOT easy) the material performed can safely be assumed to feature on their forthcoming album. Wilson Preen stands command, an intimidating presence, a strong head and shoulders above all of Manchester. His presence is like the dark rook off the Harry Potter chess board. The only thing inviting about Vulgarians is the heat they have created. The warm-up band have ticked their job description.

Sold-out-with-space must now be a thing. An anonymous yet instantly lovable smiley-bop over the speakers introduces Heavy Lungs. It couldn’t be more misleading. A very topless snare and floor tom interwind with a thunderingly thick bassline, underneath a guitar tone which could easily be mistaken for someone for screaming their final breathe due to a machete to the throat. It’s fucking horrible. But there is something about it which could make a bald bloke want to let his hair loose.

It’s the final night of the tour. It’s only part sex drugs and rock and roll, as guitarist, Oliver Southgate asks, ‘Can we get some water for…health?’. This contrasts immensely with the gurns pulled by drummer George Garrat, unleashing pure havoc on every square millimetre of his drums. Frontman Danny Nedelko (yes, you read that correctly) looks like a human rendition of one of those fancy sticks which conductors use in front of an orchestra. This description cross references with the impact he’s having on the crowd. Everyone is well into it. A small number of mops of hair can be seen shaking, but the ones that are doing so are doing it well and proper. Where Vulgarians exhilaratingly smashed the shit out of everyone’s airways, Heavy Lungs add another layer to the post-punk repertoire with ridiculously unpredictable tempo changes.

And it all comes to an end at 9:59. A deafeningly, spectacular pre-weekend-gig and a nice early night. Despite being a long way from their hometown, Heavy Lungs have proved a point and separated their hometown of Bristol as having a scene of its own. They don’t belong to the South London collective which IDLES are so heavily associated with. Have a scratch into both of the band’s hometowns, Vulgarian’s being Hull, and be quick. You’ll be able to claim to have known them before they get played on Radio 6. Have they already? Irrelevant. Tonight is only a lick of a grain of the music which both these cities have on offer.

Words by Will Metcalfe. More writing from Will at his Author profile here: