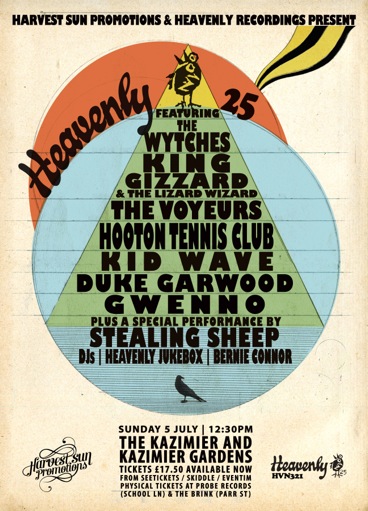 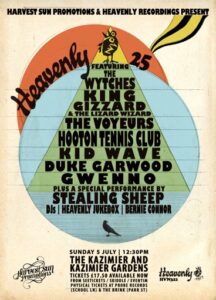 Listen to a Heavenly 25 at the Kazimier playlist

As part of Heavenly Recordings continuing twenty-fifth anniversary celebrations, the label have announced an all-dayer at the Kazimier and Kazimier Gardens in Liverpool.

Taking place on Sunday 5th July from midday, it features a number of the label’s current roster.

The full line-up is as follows:

Tickets are available for £17.50 via: https://www.seetickets.com/Event/heavenly-25-at-the-kazimier/the-kazimier/881165

The event follows the label’s successful ‘A Heavenly Weekend In Hebden Bridge’ at the town’s Trades Club in January of this year.

The label will also be curating a stage at this year’s End Of The Road Festival in early September – acts so far confirmed are Mark Lanegan, Saint Etienne, Eaves, H Hawkline and Stealing Sheep.