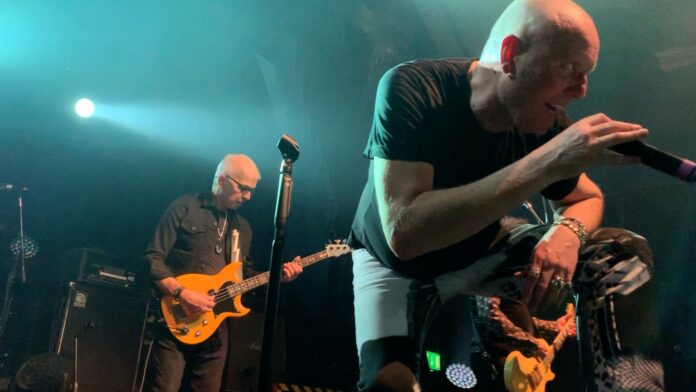 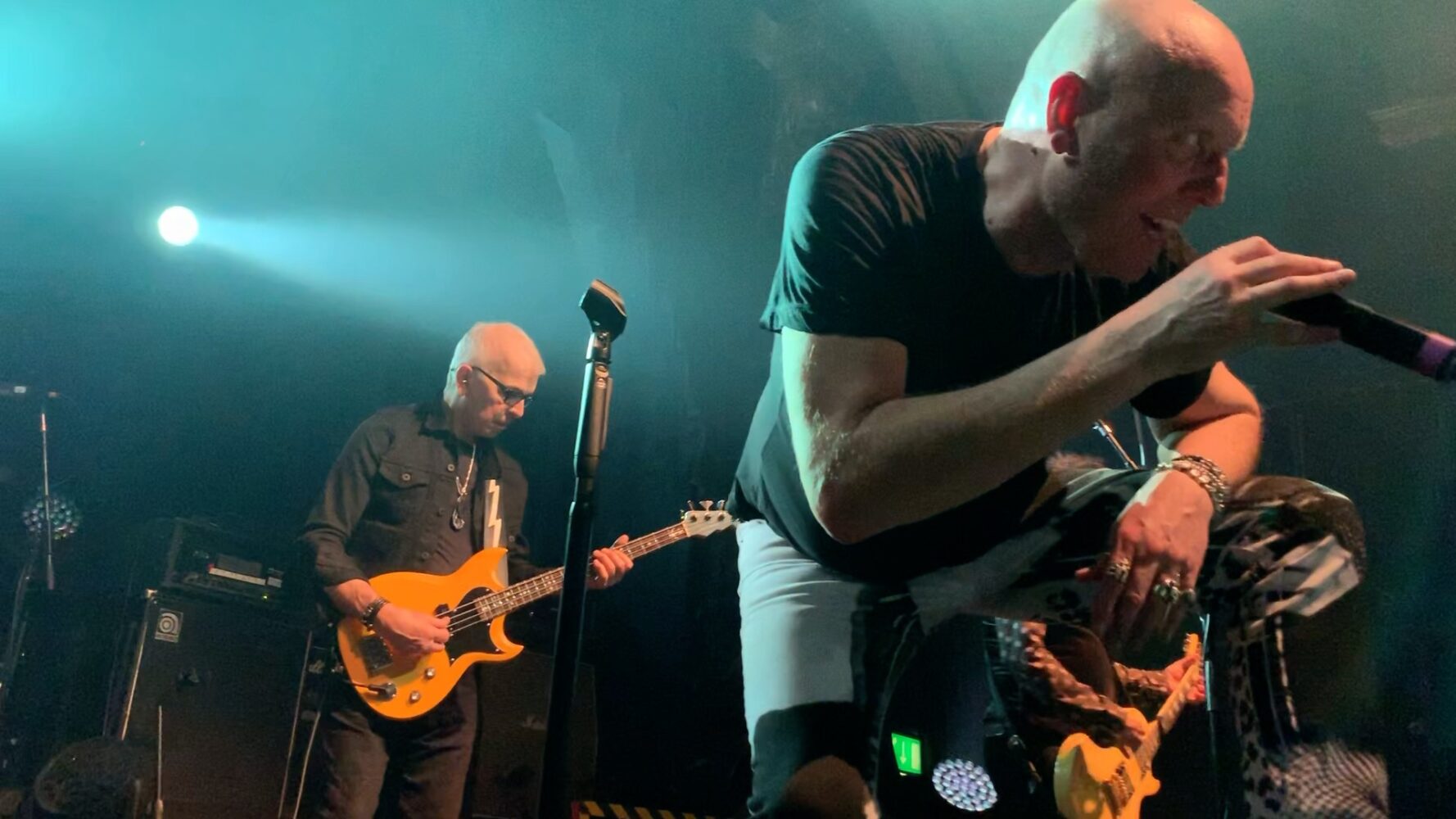 When David Bowie’s former drummer Woody Woodmansey and his long-standing producer Tony Visconti were putting together a band to reinterpret The Thin White Duke’s songs, they decided Heaven 17’s Glenn Gregory was just the man to take on the daunting task of stepping into his shoes.

Glenn Gregory’s powerhouse vocals were critical to the chart success of the Sheffield electro legends he formed with long-time writing partner Martyn Ware.

Holy Holy is the name they’ve given to this collective, with Visconti on the bass he played on Bowie’s first two albums. But this time, due to vaccine issues, Woody won’t be playing on what is billed as a greatest hits tour with a few rarities thrown in for good measure.

Paul Clarke caught up with Glenn Gregory to talk about his love of Bowie and the challenges of respecting his legacy while trying to do something different with such a rich back-catalogue.

Tell me about how your relationship with Bowie began?

Oddly enough Phil Oakey used to have an 8-track cassette of The Man Who Sold The World album and I remember it very well. On that tour, Bowie played at the student union in Sheffield and we wanted to go. I was 15 and Martyn would be 17, so hadn’t got student union cards. So we faked them using one of those John Bull kids’ printing kits and some sticky back plastic. It got us in, we went to see that Bowie concert when I was 15, and obviously, it blew my mind.

Was there one of his records that made you a lifelong fan?

It was Aladdin Sane that really got me hooked as it was the album that I thought: “I love this. This is my music.” Not old music, the sort of thing you got through your mum and dad’s collection. One of the things I liked was Mike Garson’s piano playing, especially on the track Aladdin Sane itself, it’s amazing.

You’ve done a few tours with this concept, but this is billed as a greatest hits set with a few rarities thrown in. How on earth did you get it down to a couple of hours?

You could have an entire night with a break and come back to do another three hours. It is difficult, it’s a great band and everybody respects everyone else musically. Normally I’d just say this is the set list, but on this, it’s very democratic. So the process of putting the setlist together probably took around six months.

Bowie bassist and producer Tony Visconti is the driving force behind this project, and you met when he was producing an album you were singing on.

We were in Abbey Road One, Tony turned around and said there’s quite a little bit of David in your voice when I’m mixing it – I keep hearing tones of David.  And I was amazed. I did ask him to put it in writing, but he said no!

So how did you get the gig?

Unbeknown to me, he and Woody were talking about doing this tour with David’s consent. David knew everything that was going on and had given his nod to it. When Tony called me up and asked me to do it, I was on cloud nine for about a month and half then settled into really learning those lyrics. The only way I can perform is I have to know it totally inside out and not have to think about it at all. Otherwise, I’d be thinking, how would David do this, or I can’t do that.

And did Tony and Woody have any advice for you based on their work with Bowie?

Pretty early on when I was rehearsing Tony and Woody got together and gave me a call to say, “Just so you know we don’t want you to be David; you’re not putting makeup on, we just want you to sing your interpretation of it”, which is about all I could have done. But it was good to know they were saying that.

When you went on tour as Holy Holy for the first time you were able to connect with Bowie.

From that joyous moment of connection with David and his fans we got on the tour bus and went to Toronto. I got a call from the BBC at about two in the morning asking for a quote about David’s death, I was like “what the fuck, I can’t say anything”.

That must have been a really weird experience for the band who were so immersed in his music and had made that connection with him only hours before.

We met about seven o’clock in the morning in Tony’s room, and he told us all that David had been ill for a while and about the recording of Black Star. He said David had wanted us to keep going on, and “it’s up to you”. Obviously, everyone wanted to go on.

And you did decide to carry on for 20 consecutive concerts across North America.

From that moment, can you imagine doing those shows? Everyone was like some kind of memorial concert. There were people in tears, flowers, and it was really difficult because of the massive effect it had on everyone worldwide.

People tend to forget Bowie was a great vocalist as well as a songwriter, so has having to tackle his different vocal stylings helped you?

When we came back, the night we landed I did a Heaven 17 gig, and Martyn said “I can’t tell you how much stronger your voice is”. He said, “you’ve always had a great voice, but that tour has done you a power of good”.

Why do you think having Tony as part of the band matters as you reinterpret some of the greatest songs ever written?

Continuity, reality and connectiveness to David. When I say interpretation, that’s more or less my vocal freedom; but the actual songs sound fantastic, they just sound like the band. Paul Cuddeford and James Stevenson on guitars, Tony’s daughter Jess on acoustic guitar/sax and Janette Mason on keys, they sound so good. It sometimes stops me in my tracks as it sounds like being in a gig in 1976. There’s not a computer in sight and it sounds enormous.

What has been the reaction of audiences who are all so invested in these songs, as it could have all gone horribly wrong?

I was very conscious of it, and occasionally still feel it, but I have to honestly say they have been incredibly brilliant towards me. We met fans in America who all knew David, like the Sigma Kids who were there when he recorded Young Americans. They used to wait outside the studio, and in the end, David let them in and played them the album before anyone else had heard it. I’ve met these people now, they’ve grown up, but are still massive Bowie fans.

How did they react?

They came to see us in America and came backstage afterwards. They were just so cool, and I said to them “did you not feel weird?”. They said, “no, you just do it so well it brings it back to us”.

Tony Visconti produced Bowie’s foray into electronica with the legendary Berlin Trilogy of Low, Heroes and Lodger. That must have influenced bands like Cabaret Voltaire and Human League in Sheffield, which is the undoubted birthplace of British electronic music.

There’s no shadow of a doubt they touched us greatly. The Cabs were definitely influenced by them, as were we and Clock DVA. The other good thing about touring with Tony is he has some brilliant stories, and occasionally on the bus he suddenly starts talking and you think “wow, you were there man, and by his side.” He told me some good stories about Berlin.

Sheffield seems an unlikely place to be such a hotbed of electronic music, so why did so many great bands come out of the Steel City?

Sheffield wasn’t like Leeds, Manchester or Liverpool as there were less places to go out. It was quite an unsafe place to have your individuality on show as you’d get a clip round the ear in a bar. We would often travel to gigs because Sheffield didn’t have them, so we often put things on ourselves. We had what we called The Workshop, which was a very Northern, Yorkshire version of Andy Warhol’s Factory, but it worked as there were loads of people in there doing all sorts of stuff. It’s a lot to do with things not being on your doorstep, you ended up doing it yourself.

What’s happening with the day job in Heaven 17?

We have had a busy year. I have a week after the tour and then we have a 15-date tour of Germany with Heaven 17, then back for a summer of festivals, and we tour America. Martyn and I were talking about an idea of putting some new music together, so there might even be some new Heaven 17 material on the way.