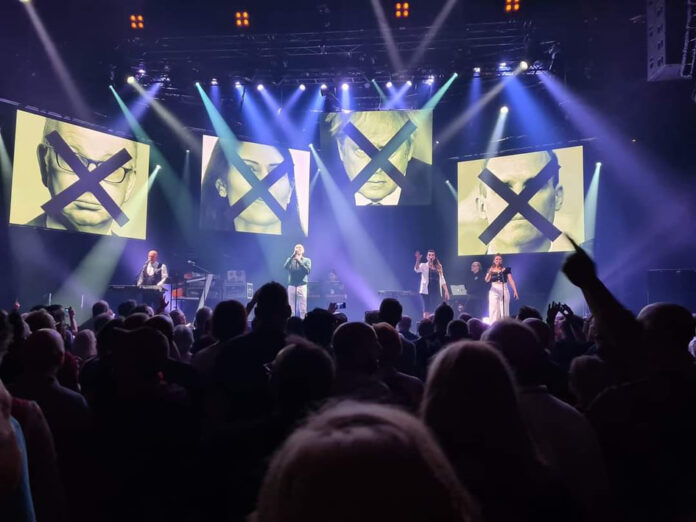 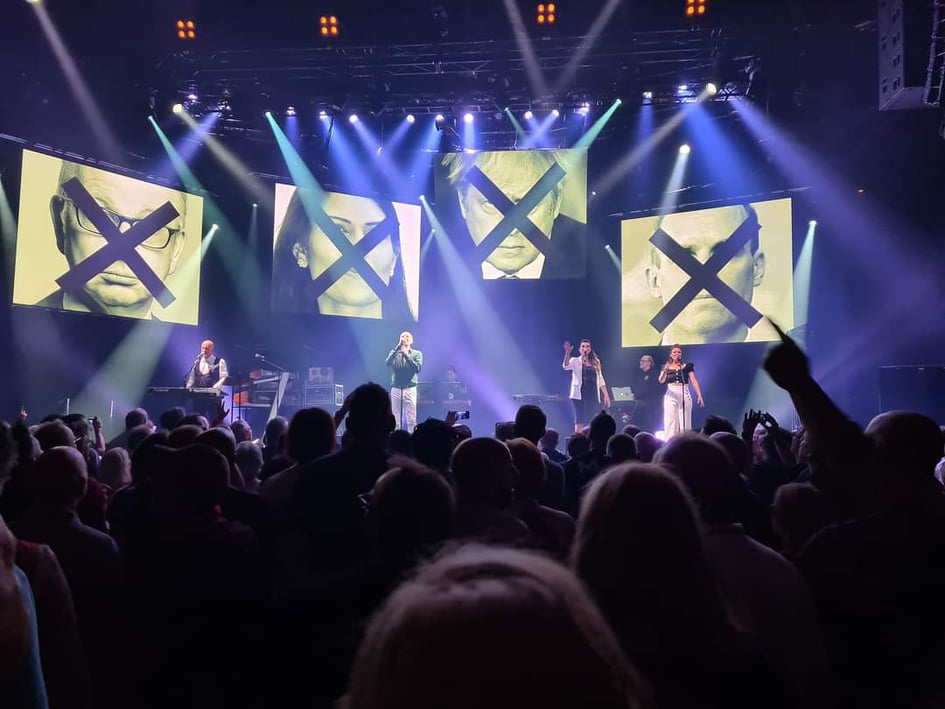 Heaven 17 celebrated their origins by performing the first two albums by The Human League in full, for the first time ever. Nils van der Linden headed to London’s Roundhouse and discovered that Reproduction and Travelogue still sound as good today as they did over 40 years ago.

Album anniversary shows are meant to follow a formula. Play your biggest-selling album from start to finish, a multiple-of-five years after its release. Let fans around the world relive the big songs of their youth. Give them the chance to go to the bar or bathroom during the filler tracks. And send them home happy with a few other hits from your catalogue.

But there’s nothing formulaic about Heaven 17’s celebration of 1979’s Reproduction and the following year’s Travelogue. Neither LP has hit an arbitrarily significant milestone, ever troubled the top 10, nor spun off a chart-topping single. They’re only being revisited at two shows. And, originally recorded by The Human League, they’re not even by the same band, although there’s plenty of shared DNA.

As Martyn Ware, a founding member of both Sheffield groups, points out early in tonight’s Roundhouse show, Heaven 17’s Glenn Gregory was his first-choice singer for The Human League. But bad timing – the vocalist had decided to try his hand at photography in London – meant Phil Oakey was recruited instead, largely on the basis of his haircut. It’s a story the equally chatty Gregory recounts in more detail during the encore, emphasising what’s been apparent all night: he’s as much a fan of these songs as the diehards in the front row.

And, since he had nothing to do with the original albums, his compliments throughout the show are absolutely sincere. It’s impossible to disagree that The Word Before Last still sounds “so futuristic” or that Being Boiled is “one of the greatest electronic tracks ever written”, especially on hearing them live. Like everything else played tonight, they’ve been recreated with care, using the original arrangements and instrumentation, and played with an enthusiasm that artists usually reserve for new material. 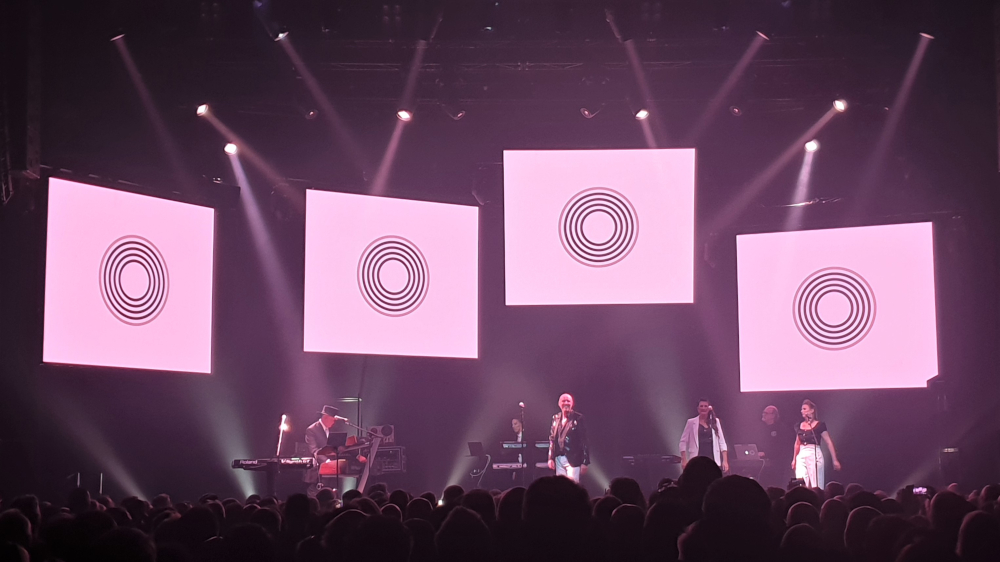 From the opening tick-tock beat and synth fanfare that introduce proto-industrial Almost Medieval, Heaven 17 sound supremely confident even though some of these tracks haven’t been performed in over 40 years. Whilst Ware, looking formal in black jacket and matching hat, leads from behind his keyboards, a rarely stationary Gregory engages the audience with that natural lead singer charisma – and voice. Warmer and richer than Oakey’s, his vocals melt some of the icier synth textures and contrast the more motorik rhythms.

The effect is most obvious during The Path Of Least Resistance and Circus Of Death, which unexpectedly leads to the first instance of the light-hearted banter that will characterise the show. As soon as the dystopian march is over, Gregory laughs: “You can say what you want about early Human League, but they sure knew how to write a pop song.”

“Straight in at No 1 on Radio 1,” adds Ware drily, not to be outdone by his almost-lifelong friend. Their friendship really comes to the fore when Ware steps out to join Gregory on The Righteous Brothers’ You’ve Lost That Loving Feeling. It’s a musically minimalist but emotionally hefty rendition, counterbalanced afterwards by the lead singer making comparisons to Sonny and Cher.

Of course, none of this detracts from the songs themselves, cutting-edge archetypes of
both mainstream ’80s synth-pop and more avant-garde electro, that were clearly heard by the likes of Midge Ure, Vince Clarke, and even Trent Reznor.

They’re certainly still important. As Garrett fills the four giant screens with video of wartorn Kabul, the pained Dreams Of Leaving and its epic immigrant story are as relevant and powerful as ever. So too is Heaven 17’s own (We Don’t Need This) Fascist Groove Thang.

Performed as part of the encore, alongside a gospel-powered 12-inch remix of Temptation, it’s brought bang up to date by Garrett’s images. Throughout the gig, the man perhaps most famous for his Duran Duran album sleeves has embellished the songs with images of everything from terrifying clowns to The Thunderbirds. For possibly the most danceable anti-fascist protest song ever, he uses the crossed out faces of four Tory leaders to complement lyrics like ‘evil men with racist views, spreading all across the land’. Simple, but effective, and a direct reinforcement of something Gregory says earlier in the show: “The Human League were electronic punks.” 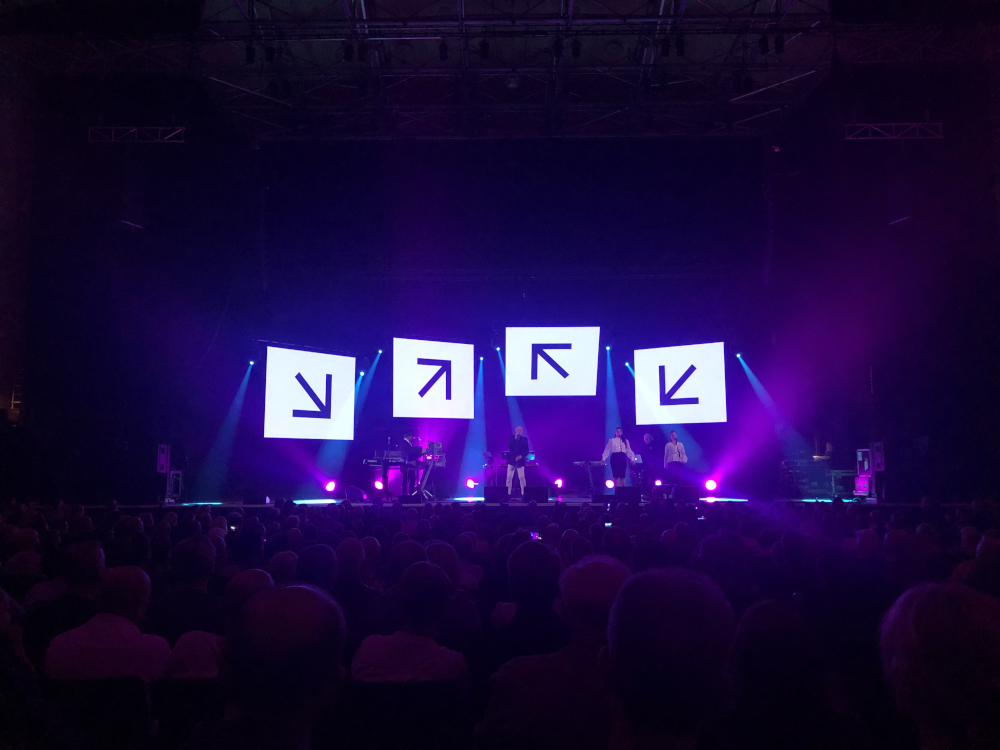