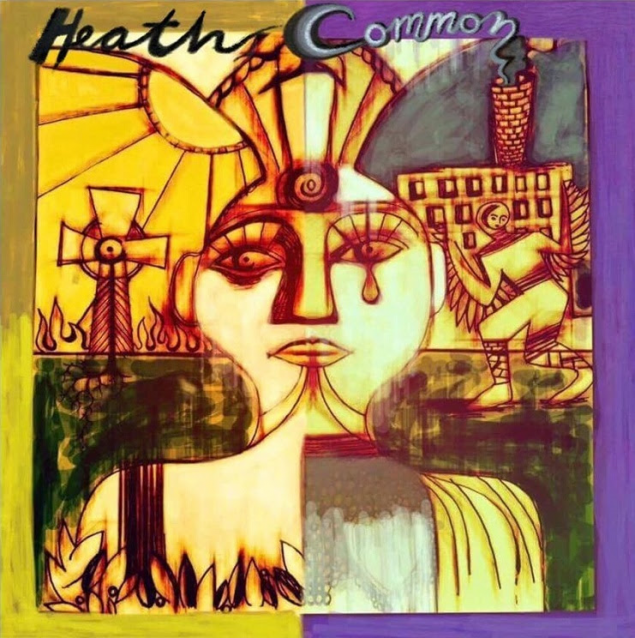 Tales of a young life in Halifax and Notting Hill Gate lends an autobiographical nature to ten songs that function as commentaries  from the psyche of Heath Common.

Heath Common – google him and following the  possibility of a  brief diversion  via a West Sussex settlement or a  Wakefield park, you’ll find the Beat-ish writer and irreverent chronicler of the ordinary and extraordinary. And cricket lover.

In some eyes, one of our underground treasures, but unquestionably the epitome of a cult hero. Possessed of Jarvis Cocker inflections, the droll Yorkshire wit based on observation it’s topped off  on occasions with what you might term a  slightly manic Roger Waters style delivery.

The new one is a record of two halves that sets to account two of the significant and influential periods of a nomadic lifestyle. It’s such that we find ourselves regaled with tales of gala queens who met  The Beatles, psychotic (but fair) bouncers, deprived sixties housing and a theme that follows the  essence of what it was like to exist  in a community packed with character and characters, the likes of which we rarely encounter  in contemporary times.

Musically, tablas and Irish pipes and the sporadic vocal of Patrick Wise adding a vocal contrast sit alongside the usual culprits as we’re opened up to a monochromatic Halifax of days gone by.  Previous offenders will know what to expect; Room At The Top’s smooth Top Of The Seventies Pops vibe gets punctuated by a touching cum comical spoken word passage and then he defies the odds to write a gorgeous song about a reservoir – or at least one that evokes the warmth of the memories the location evokes. All very arty but with without pretention and more than a dash of realism.

Four fifths of the Notting Hill Gate songs already appeared on the 2015 Beatsbox EP but the album closes out with Anita Pallenberg, which now becomes a strangely poignant goodbye – he talks of often seeing the queen of the underground  biking around Notting Hill Gate. Now  a misty eyed tribute to another of the Sixties generation and an apt way to see out the Heath Common book of growing up

You can watch Satori In The Sky from the album here: