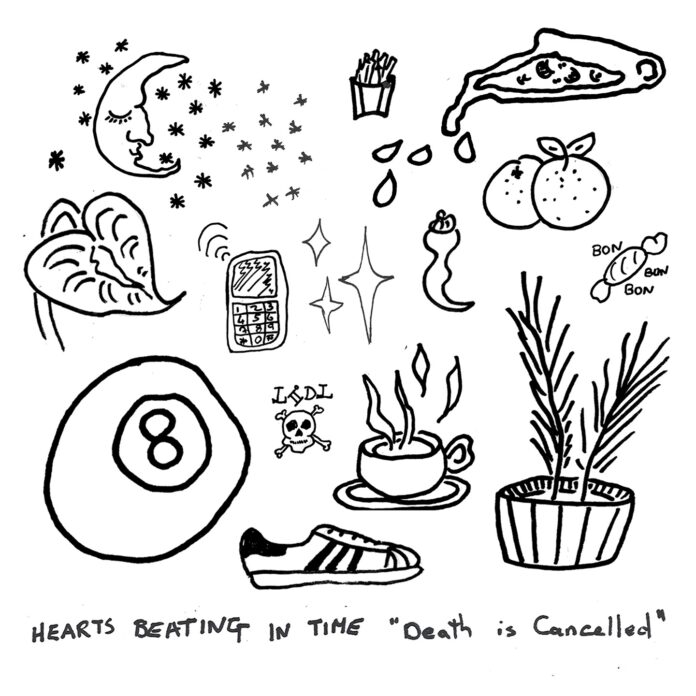 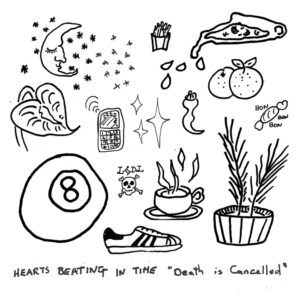 Death Is Cancelled follows the single Simone’s which was released back in November 2020 and was reviewed here. Hearts Beating In Time is the solo project of Rebecca Theuma. She says of this track “To me this song is a celebration of life and death, and the love in between. It is a song to dance to when the abyss opens up in front of you, and you’re dancing with the people you love the most as it consumes you. I like to call it the existential anthem of my life.”

Like the previous release Rebecca brings together floating echoey vocals, moving beats and layered synth sounds which deliver a delicious serving of sparkling electro-pop. It’s easy to get lost in the track, especially the vocals which remind me of the influential Kirsty Hawkshaw, possibly best known as the lead vocalist of the 1992-94 group Opus III.

Throughout their songs, Hearts Beating In Time capture the struggle between feelings of hope and futility, the disappointment of losing love, and the highs of fleeting encounters alongside the naivety of unknowingly finding meaning in the meaningless.