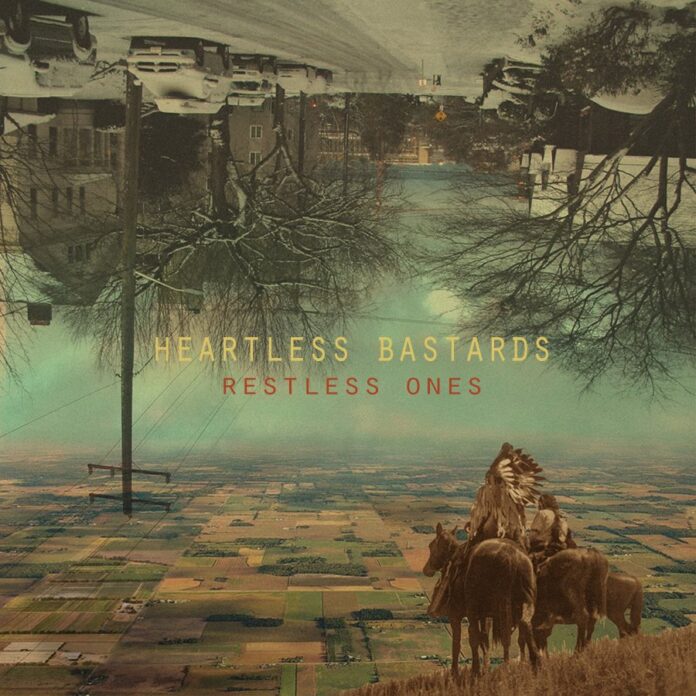 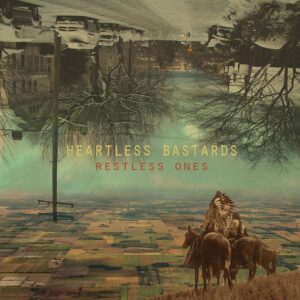 Heartless Bastards fifth album is effortlessly brilliant, the supersonic tracks providing the perfect backdrop for Erika’s beautifully heartfelt vocals, yet it leaves us with more questions than answers.

Back with their fifth album, aptly titled Restless Ones, Heartless Bastards are in supersonic form from the off as the album opens with the overwhelmingly dense Wind Up Bird. The thick textures of their sound exuding from the speakers as the guitars swirl in an unruly fashion, paving the way for this monstrous album.

As the album calms down following the raucous opener, tracks like Black Cloud see the band in a more relaxed form. Yet still maintaining their individual and brilliant rock n roll sound, Erika’s vocals really taking to the fore as she complains about not being what you want her to be. Despite its relatively upbeat track the lyrics have real depth to them, you get the feeling that Erika is not willing to take any prisoners.

This laid-back affair appears to continue as Journey flows so beautifully its guitar driven backing track with the vocals once again remaining the focus. Leading superbly into the stripped back nonchalance of Pocket Full of Thirst, the impassioned lyrics once again being the star of the song, yet it all sounds so effortless.

Whilst it is relaxed that by no means, that it isn’t also filled with incredible musicianship with riffs aplenty albeit somewhat turned down. They’re not forcing themselves upon you; every so often they rise to the surface exposing themselves in exciting sonic form like Into The Light where they drive the track so smoothly.

Yet their heavier form that opened the record returns towards the end, as Eastern Wind sees a much bassier tone to the whole track. As Erika’s vocals provide the higher sweeter tones that sit atop this packed track, all whilst retaining their uncomplicated freedom.

As the album closes in amongst uncharacteristic midst of seething electronics, maintaining this supersonic textured sound whilst allowing Erika’s vocals to take on an almost otherworldly state. If anything Tristessa leaves many questions hanging over what is to come next from these sonic adventurers as opposed to closing the lid on Restless Ones. Is this just a taste of things to come I certainly hope so as it is the perfect way to conclude such a wide ranging and free, yet supremely beautiful album.

Heartless Bastards can be found online here theheartlessbastards.com. They’re are also on Facebook and tweet as @heartlessbstrds.