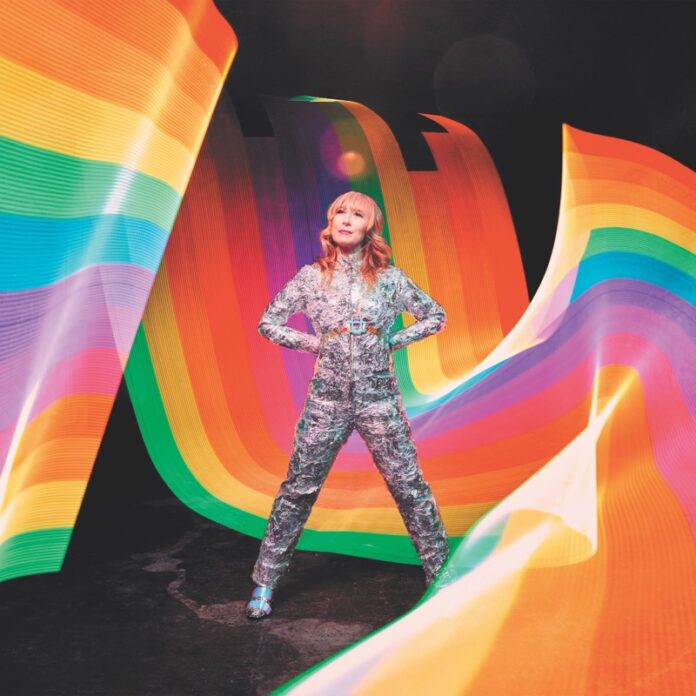 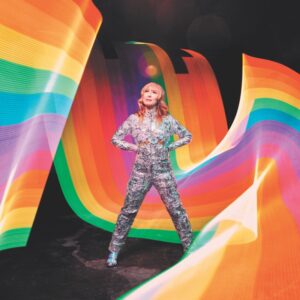 Six years on from the expansive sounds of Restless Ones, Heartless Bastards are back with a new album, A Beautiful Life, which is full of beautiful melodies crossing many musical boundaries. Through Erika Wennerstrom’s passionate lyrics, it proves to be a wonderful collection of songs which challenge the way of life that, perhaps, we all take too much for granted.

It’s been a long time coming, but Heartless Bastards finally return with their sixth album, A Beautiful Life. A band very much led by founder and front-woman Erika Wennerstrom, a native of Ohio, the albums released to date have proved to be a vehicle for translating Erika’s own idealism into a unique brand of rock ’n’ roll, with so many eclectic musical reference points. And on the evidence of the new album, this has continued.

The period since the last album has seen Erika release a debut album under her own name which had a more contemplative feel throughout it, seemingly prompted by a meditative experience visiting an Amazon jungle retreat. It appears that this new album may have, at one stage, turned out to be a follow-up to that, prompted largely by the fact that the usual band members were not immediately available for the recording sessions that she had planned. However, Erika clearly felt that she had a bunch of songs which had some important messages to convey and the now well-recognised banner of the Heartless Bastards provided a much wider reach than merely using her own name.

To assist Erika’s cause, the singer/songwriter has brought together a fine band of musicians which includes Lauren Gurgiolo (Okkervil River) and David Pulkingham (Patty Griffin) on guitars, Greggory Clifford (White Denim) on drums, multi-instrumentalist Jesse Chandler (Mercury Rev/Midlake), Bo Koster (My Morning Jacket) on keyboards, and long-time bassist Jesse Ebaugh. So as a collective unit, they have a considerable musical pedigree, which shines through the album.

That period of self-assessment and revaluation in the Amazon no doubt influenced the narrative throughout this album, which as a whole makes quite a strong statement, both musically and lyrically. There is a clear sense of the need for greater awareness of our environment and, even more, for everyone to look out for each other. And with world events as they are right now, not to mention the disastrous consequences of environmental change, these are messages that are hard to ignore.

As an opening song, Revolution is simply epic and left me wondering what was to follow. Starting in a relatively low-key reflective mood about times of simplicity and innocence, it explodes into life, immediately morphing into a classic rock ’n’ roll song. It’s a powerful take on self-love and how our view on life and those around us can be, “hypnotized by gilded lies to line the pockets of so few.” And lines like, “no need to be better or smarter than anybody else, leave judgement at the door for others and yourself,” leave you in no doubt about Erika’s views on the challenges we all face in our day-to-day lives.

How Low follows in a similar vein, albeit as a more soulful take inspired by the frustrations of the impact of capitalism on humanity and the environment. When I Was Younger is like a classic folk ballad, wrapped around a gorgeous melody and evocative strings. And it appears that this is not the only song on the album to have been resurrected from long-lost archives, but it certainly fits perfectly with the overall mood.

You Never Know is more quirky 60s-style pop, whilst title track, A Beautiful Life, is built around a dreamy space-rock-style soundscape, as Erika proclaims, “I can see now the road is clear,” and “It’s a beautiful life if you let it be,” with a much more positive vibe. This is a song which oozes tranquility, with its mesmeric harmonious tones and lush string setting allowing my mind to drift off to idyllic far-off places. After the year we have all just had, I was happy to go!

The folk roots of The River are augmented by the talents of both Andrew Bird on violin and Persian setar virtuoso Fared Shafinury, underpinning a haunting vocal and a shimmering guitar. Photograph is another epic song about building bridges, starting with a more ‘southern rock’ intro, but venturing quickly into psychedelic guitar-driven landscapes. Dust is a more understated acoustic-based ballad, which really does seek to put our lives into perspective, noting that, “I’m just a tiny speck of dust amongst it all,” and “We’re all just flowing from the same old stream.”

This ongoing reappraisal of life and the trappings that come with it continues through the rest of the album, right through to the stark and other-worldly meanderings of The Thinker, which closes the album with the missive, “Don’t worry about material things; in the end there’s nothing they bring.” 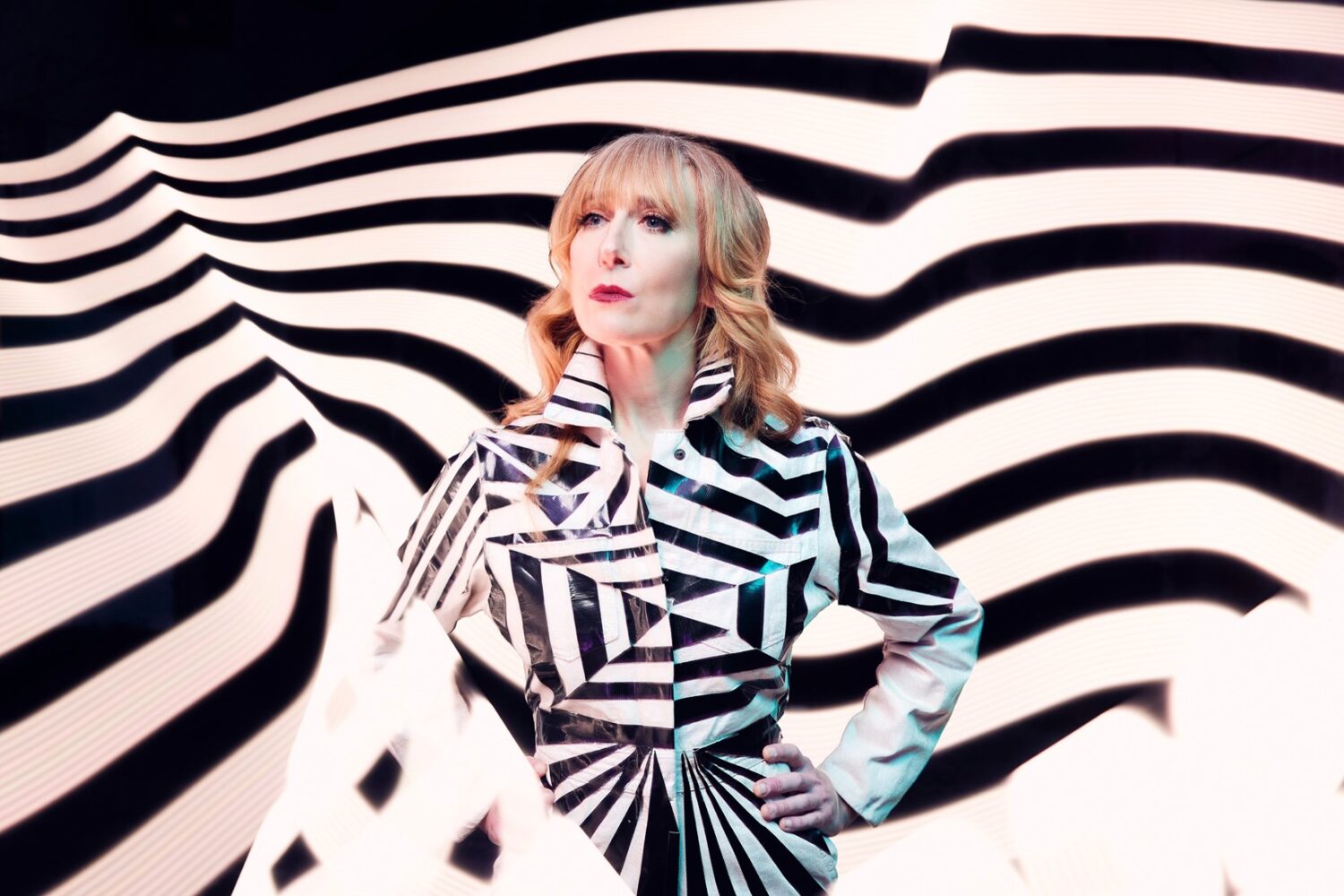 A Beautiful Life is an uplifting and thought-provoking album, full of beautiful textures and wide-ranging sonic soundscapes, which showcase Erika Wennerstrom’s warm and passionate vocals in such a compelling way. The songs within it convey strong messages of self-reflection, reassessment of priorities and love for one another, in such a way that it crosses so many musical boundaries. This is an album I will return to again and again.

Heartless Bastards have already played their first live dates in the US, as we all slowly emerge from lockdown with a slightly revised sense of normality, and they will be touring in the UK in January 2022. So you are well advised to not miss out on that opportunity.