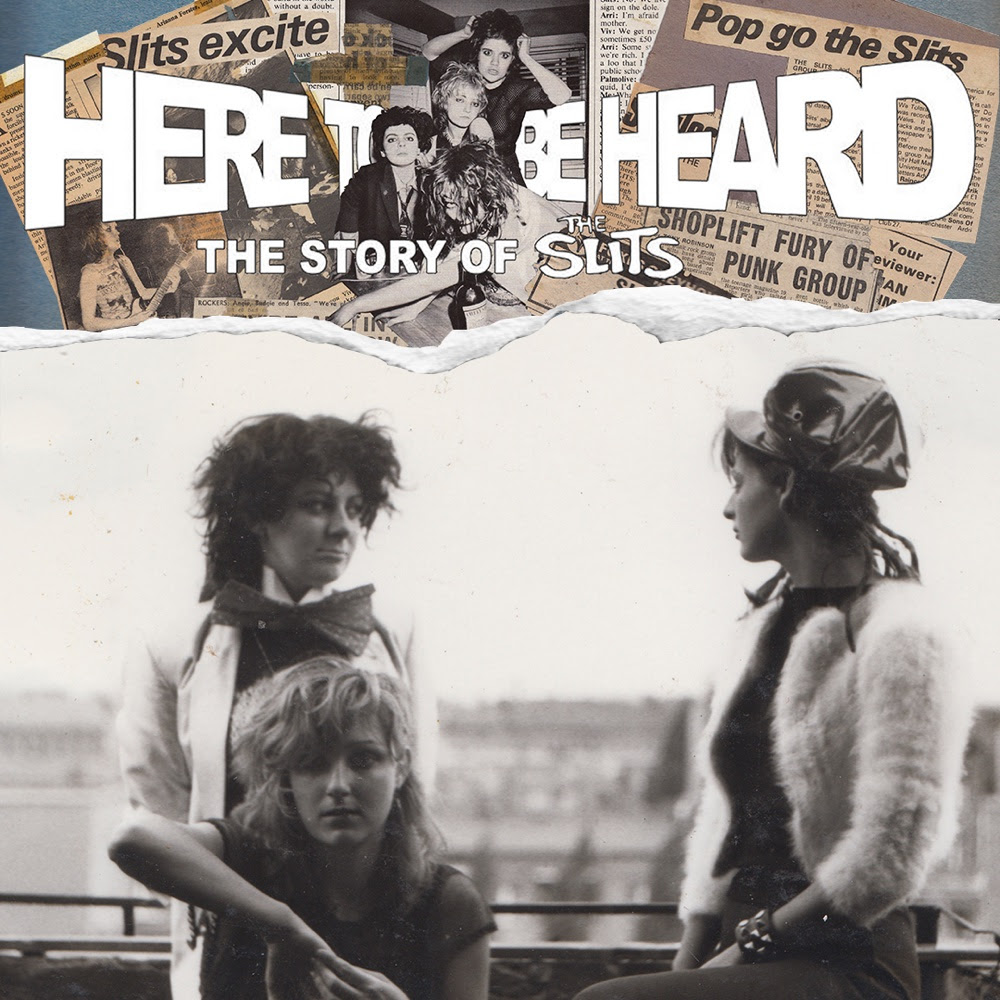 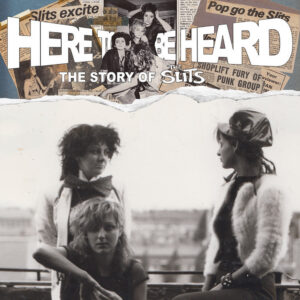 ‘Here To Be Heard’ is the culmination of both five year’s work and a successful Pledge campaign, the resulting 180min documentary directed by William E Badgley whose previous credits include the documentary ‘Kill All Redneck Pricks’ is both a rewarding overview of The Slits career from the inception of the group in 1976 to its end in 2010 (coinciding with the death of lead vocalist, Ari Up), and a snapshot from a feminine viewpoint of the wider music industry.

Founding Slit Tessa Pollitt was present for a post film Q&A in the grandiose surroundings of the British Music Experience located with the Cunard Building on the Liverpool waterfront; sadly a cursory glance at the late 70’s/punk display failed to attribute any historical relevance to the Slits, preferring to focus on the more well-known exponents; it seems I wasn’t alone in noticing this fact as Tessa during the later session discussed how The Slits have largely been written out of the history of punk.

The film begins with the now deceased Ari-Up hollering ‘In The Beginning There Was… Rhythm” in that distinct Germanic/Jamaican patois before taking you on a genuinely fascinating journey from those nascent moments immediately prior to the band forming, those first shambolic practice sessions and then including I believe never before seen footage of the band’s debut gig some two weeks later; the footage, courtesy of filmmaker Don Letts is raw, the sound is savage, yet even within that perhaps 1min clip its clear just how the as then 15yr old Ari-Up was later to become such a talisman. Don lets provides anecdotes about the times, and how the gig came about.

Tessa is filmed returning to her modest home and retrieving an old and dog eared large sized scrap book, before taking us almost page by page through the early history of the band, each event being augmented by either rare film footage or personal photographs, again many of which I doubt have been see previously, all this is interspersed with location footage in a similar style to the work of Julian Temple. 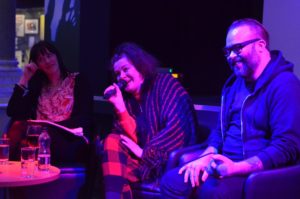 The other Slits are interviewed, Paloma (Palmolive) is filmed in her native Spain teaching young schoolchildren, Kate Korus is included, whilst Viv Albertine is filmed sat on a staircase; each being given to time to recount their recollections; despite Viv’s own book ‘Clothes, Clothes, Clothes. Music, Music, Music. Boys, Boys, Boys’ detailing much of the bands history she is still able to bring something new to the party; other anecdotes are offered from self-styled punk historian Vivien Goldman, the legendary Denis Bovell (‘Cut’ Producer), former Slit’s vocalist Nennah Cherry, Adrian Sherwood, Raincoats frontwoman Gina Birch and former Slit Hollie Cook, along with comment from Hollie’s dad Paul Cook etc.

Despite these contributions it is clear that Here To be Heard’ is Tessa’s project, she has been the driving force and this is later confirmed in the Q&A when she describes the films making as a cathartic process that is only now enabling her to come to terms with the early death of Ari-Up; at times in the film Tessa is brutally honest about her own issues, she is a recovering heroin addict – her descent into addition largely coming about as the Slits collapsed around the band following their being dropped by Island Records; this still to this day clearly rankles with Viv as does the bemusement of the public’s reaction to the ‘Cut’ follow up The Return of The Giant Slits’

The film is superbly edited, a subtle blend of historical material, and the ‘guide you through it’ commentary from Tessa; the film highlights the unique struggle that the Slits and others including Siouxsie Sioux, and Poly Styrene were forced to confront, the film however is most definitely not a feminist film – Pollitt herself distances herself from such a badge preferring to describe herself as an individual, her gender largely being irrelevant to her career and the music she made.

The subsequent 20-30min Q&A session was chaired by BBC Radio 3 presenter Elizabeth Alker, what was clear was that no topic was off limits, Alker provided a basic steer and then took questions from whoever stepped up; Pollitt is shy, yet she provided an at times humorous array of anecdotes to illustrate and answer the questions… though quite why someone needed to ask if she liked the Beatles, just because we are in Liverpool it’s not some sort of mandatory question imposed by the city Council!!

What was very clear was the affection Pollitt in particular had and continues to hold for Ari-Up, she was asked if she still continues to make music; sadly at this time she just hasn’t felt strong enough to return, hopefully ‘Here TO be Heard’ will enable her to find the strength to step out of the shadow of Ari-Up, and if that then involves her returning to music then we will all be the benefactors.

‘Here To be Heard’ is a compelling, at times emotional film that appeals to everyone from those with punk leanings to anyone interested in the history of modern music – not to be missed.

The Pledge remains open with a range of items including signed DVD’s avaialble.