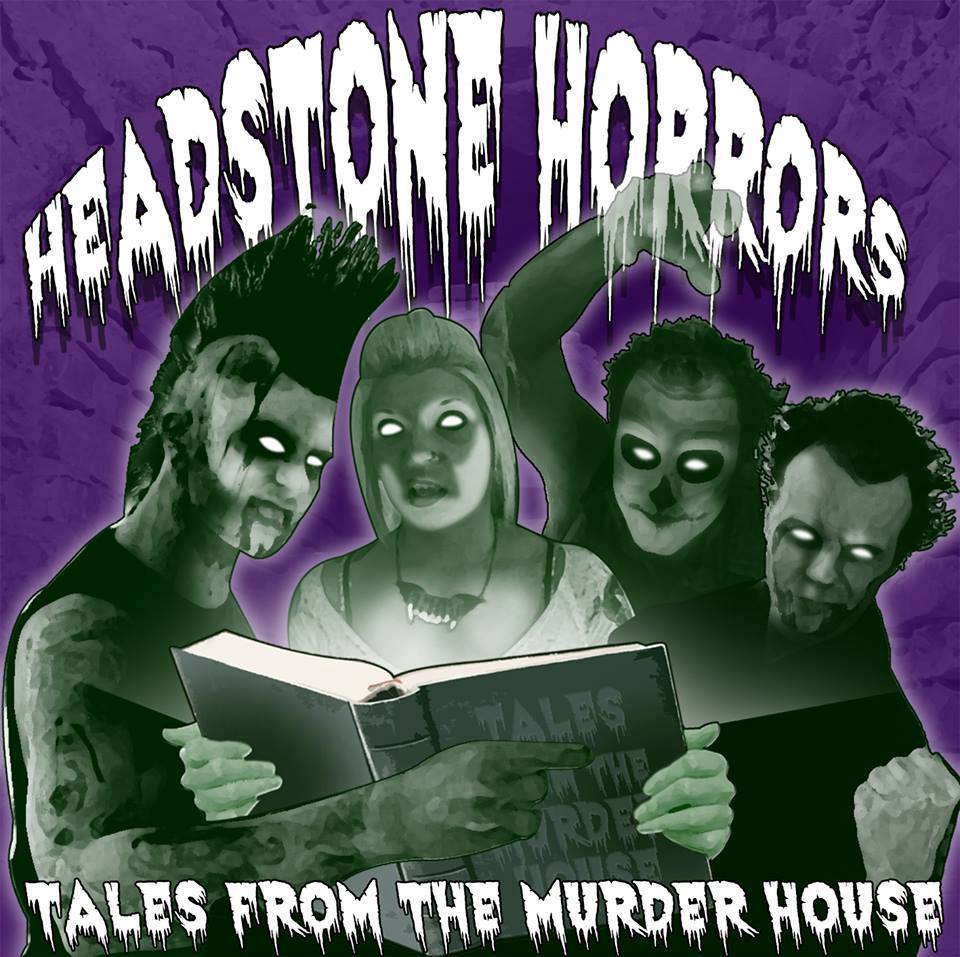 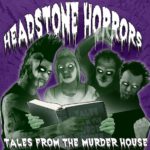 Tales From The Murder House

August spawned a monster, arriving in the ghastly shape of the debut album from Headstone Horrors. Nottingham’s premier horror punks have been busy plying their terrifying trade since their last recording, 2014’s brilliant ‘Like The Morgue’ EP, gigging on an almost constant basis and feasting on the raw flesh of unsuspecting punters in the process, breathing new life (or death) into their spooky sound. Dare you enter the Murder House?

Two years has certainly made a difference. All the rough edges and scuzzy lo-fi mischief of the first release have been almost completely cremated, replaced with a petrifyingly polished production (courtesy of Ian Boult) and a kick-ass corpse grinding competence, bigger, louder and scarier than before. Beginning with a sample from the original ‘House on Haunted Hill’ film, opening track ‘Wander In To My Tomb’ lets you know what you’re in for from the off; a headbanging ode to the dead complete with riffs and drums loud enough to have the inhabitants of Borley Rectory running away screaming in fright, and a demented ‘hey hey hey’ chant guaranteed to make even the most lifeless of Zombies raise their rotting fist in the air. Elsewhere, ‘We, The Nocturnal’ is the sound of Clive Barker writing an Oi! anthem, ‘Born From The Storm’ a demented witches brew of doo wop harmonies, hardcore malice and ghostly sound effects, while your enjoyment of ‘That Corpse Of Hers’ will surely depend upon how many dead bodies you’ve buried (or shagged) in the past few weeks. The pace only really slows down on ‘Outside The Door’, a Spanish guitar laden Rockabilly number concerning a “dreaded skin & bone man”, more refined, perhaps, but no less macabre. Jimi and Nat’s vocals entwine beautifully throughout, their craftily contrasting tones serving as the perfect undead accompaniment to Paul and Ben’s hair-raising rhythm section.

‘Tales From The Murder House’ is the most original punk long player of the year thus far; a sordid, sexy, defiantly demonic release of gleefully malevolent intent. My head would literally NOT stop nodding throughout the entire duration of the album; thirteen tracks, clocking in at just under 37 mins, barely any room to think or breath. Probably the intention, come to think of it. Headstone Horrors are here to have their wicked way with you, recruitment officers for a Creep Scene of their own mummified making. All hail the New Nekromantiks.

‘Tales From The Murder House’ can be purchased at the Headstone Horrors website. The band can be reached at Facebook  and heard on Reverbnation .