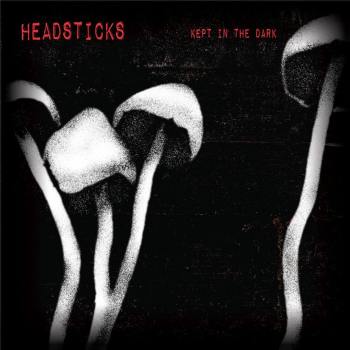 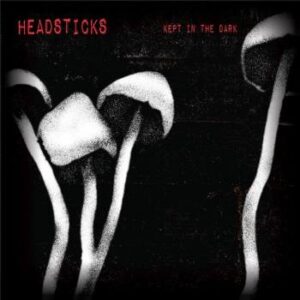 Kept In The Dark

This album gained my attention a bit late but it was worth it. First album Muster was reviewed by LTW back in 2014 and made an impact. Their third album proper takes them further on in their punk folk journey with a few twists and turns in there as I discover to my liking!

Two years on from last album Feather And Flames the North Staffordshire crew are back with a double album that aims to impress. 16 songs that take you on a journey through numerous issues and sometimes funny as fuck in parts. First track When kicks straight in with a blast that matches any good old skool track and Andrew Tranters vocals are spat out with controlled venom.

I Love You is ska tinged and funked up with some nice bass going on and a nice summer sound. Peace Or War ups the tempo again and I think, where has the folk element disappeared to? Until Cynical turns up. Although repetitive at times it has some nice touches to it, especially when you get the Spanish like guitar solo towards the end which is a surprise and adds to it.

Mushrooms is a laugh with it’s upbeat sound and impish giggling, and also a dig at the government regarding keeping secrets and feeding us bullshit, without getting too serious. Mr ‘I’m Alright Jack’ verges on a rockabilly sound and you may think I’m daft but sounds a bit like something Cabbage have ventured into in their earlier stuff?!

Andrew gets a bit personal on My Own War which brings the folk back into their punk sound but with his own state of mind being questioned and It’s A Matter Of Time continues with it’s Frank Turner like stance but with that trademark Headsticks sound they can call their own.

Smoke And Mirrors and What If They’re Right go for a more rock angle of their sound and that’s what is so good about this record. Loads Of Diversity going on but with Tranters distinctive vocals. You can even catch that North Staffs twinge when he gives us a bit of spoken word on Out Of Fashion where he states “Compassion is out of fashion”.

The reggae-fied Family Tree touches the subject of politics again and being shit upon which is quite a running theme, whereas All Of The Trees goes all folk punk on us and is subjective on climate change which is concerning us all at the moment.

The Song For Song’s Sake is brought in to cheers us up again with it’s funny as fuck pointless lyrics that remind me of an Adventures Of Salvador tune Pop Song. When The Sun Turns Black has a stop start punk rock thing going on that harks bark to late 80’s gothic punk and again addresses the environment in the lyrics.

Last tune Baboon Shepherd is a sprawling 11 minute dub reggae jam session layered over with a great tale which starts off describing an African football player / legend who played for the Orlando Pirates (I did me research) who lived through apartheid yet died in poverty living in a shack. Andrew describes discovering him after watching a documentary as a teenager when was was a bit of a casual, and describes events in his life growing up a football music fan. Just listening to the story drags you in from the start, especially if you’re from the same era as I am.

A great ending to a diverse album that will surely earn them more fans on their relentless tour schedule with bands like Steve Ignorant’s Slice Of Life, Interrobang? and The Membranes (dates below).

Official Website
Words and photos by Wayne Carey who writes for Louder Than War. His author profile is here and you can catch his  website here