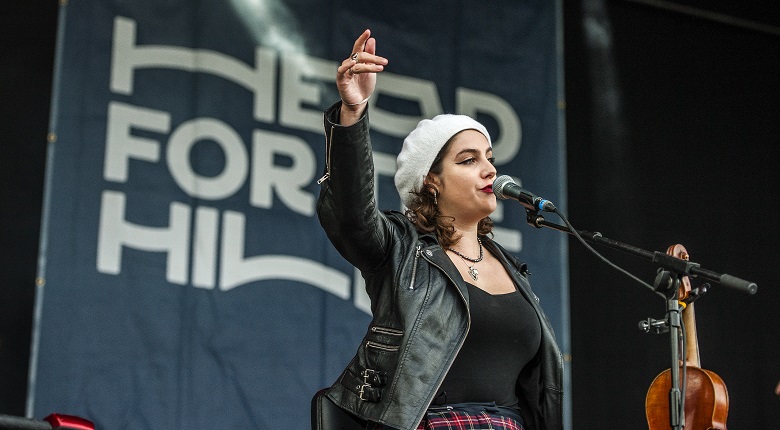 You know it’s almost the end of the festival season when the call to ‘head for the hills’ beckons. Those who crave one last outdoor musical (and more) experience before packing up the wellies and waterproofs for the year, head for Ramsbottom.

2018#s H4TH gathered the usual end of season  bill packed with bands doing their last festival of the season before heading for a few weeks in the warmth of a studio to do some recording or  prepping for an Autumn/Winter  touring schedule and also those musicians with a lower profile who use the crowds to boost their own profile.  The usual variety too for those who like to take a nostalgic trip back a few or forty  years with The Selecter and The Boomtown Rats or get a flavour of getting down with what’s up and coming as local heroes the Slow Readers Club made a star appearance from the subs bench with The Beat having to sadly withdraw. H4TH has earned it’s reputation as a friendly and family orientated  festival that genuinely offers something for everyone with quite a decent balance made up from the local Manchester and North West music scene on a variety of stages. 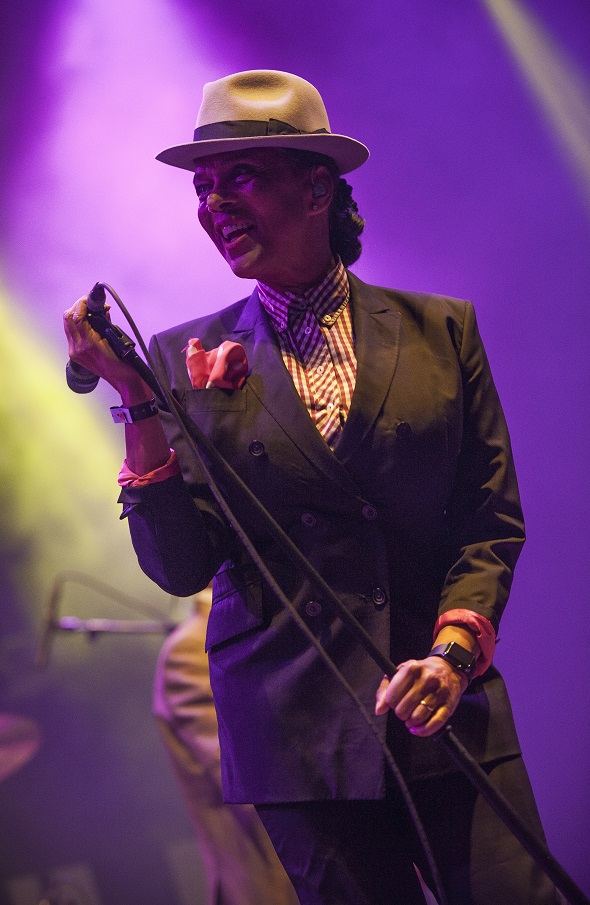 It’s been branded  ‘Head For The Hills’ for a couple of years now but still the  temptation is too great  for performers to  bellow out a “Hello Ramsbottom” or even something like Pauline Black from The Selecter , who urged  this year’s Friday night crowd to  “get your bottoms rammed!”  Even Sir Bob seemed to enjoy bellowing out something similar with the addition of some not unexpected expletives.

Naturally, even seasoned festival goers trying to see and indulge in everything from the music to the local ales and side shows will find boxes not ticked so if we’re unable to name and comment on every single performer of the 50+ musical items, not to mention the storytellers, live hangmen, magicians and brass bands, we’ll add the disclaimer right now and head off into a random series of reflections of another two and a half days at Rammy Cricket Club.

Let’s start with arguably  the highlight of the weekend, Holy Moly & The Crackers, whose dynamic appearance on a sunny Saturday afternoon suggested they may have been the band who could have filled the subdued Saturday night slot that The Bluetones stumbled their way through. Either them or Sunday night almost-headliners Molotov Jukebox; both bands firing on all cylinders and performing with an uninhibited joy. You can never please everyone can you but then that’s the sort of thankless dilemma putting together and sequencing a  festival bill is about. 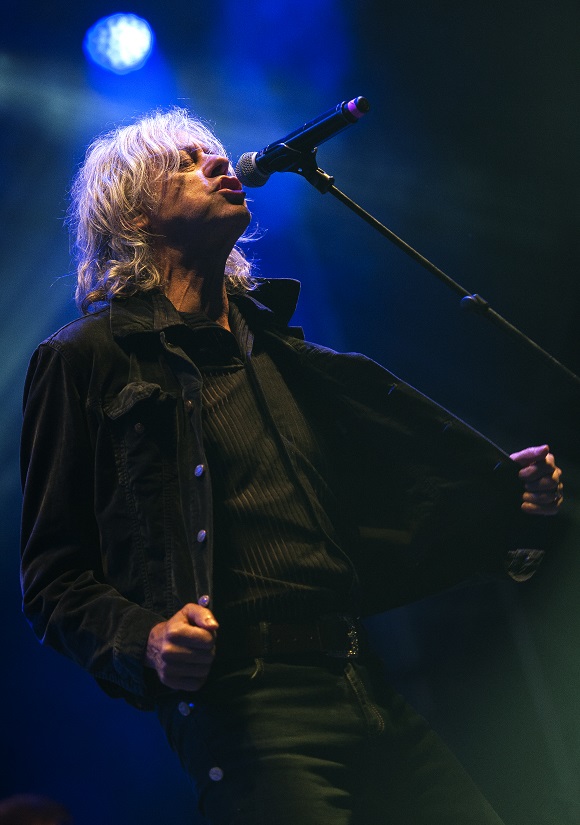 The massive slab of rock and soul from Holy Moly’s Mary was possibly the song of the weekend although the opening to The Boomtown Rats set was quite exciting and rocked as hard as anything before they headed into the crowd pleasing hits.  The Lovely Eggs no nonsense “fucking get on with it” attitude and Hope And Social also enlivened proceedings in the smaller confines, the former a barrage of brutal noise, the latter a more sedate (what wouldn’t be more sedate than the The Lovely Eggs?) brass tinged gathering. It was good to see Sean McGowan with a band having encountered his Braggisms in acoustic and solo mode in the past and of course there were enough of the slightly bizarres to keep the interest – Stealing Sheep’s space pop and Abba-esque lycra outfits and glitter quite the opposite end of the spectrum to Jess Kemp’s classy little set, Ben Le Jeune going walkabout from The Creature Comfort  and the rootsy  Plumedores in the pavilion bar.

Elephant Sessions and Keston Cobbler’s Club gave  a folky sense of occasion to the Sunday afternoon, both perfect for the intimate confines of the Smaller Rooms stage where Giant Rooks set  on Saturday had caused a mini hysteria (‘Rookmania’ anyone?)  amongst a certain demographic  in the crowd. Not too much ‘local’ local (ie, Bury & Rammy) talent was on the bill this year. Strange to have a H4TH without Harp & A Monkey or Uke Punk but The Slow Reader’s Club stately Friday night headline slot fully justified their late call up and they could be the flag flyers of the Manchester movement in the not too distant future if they aren’t already.

So apologies if we didn’t mention your band or see something of your set or buy an ice cream from your cart. Just one reviewer/tog and a whole lot of ground to cover. At least I got my steps in, managed to encounter several buddies on the outfield  and decided to keep my plastic H4TH pint cup as a souvenir. No doubt I’ll get some use out of it next year.