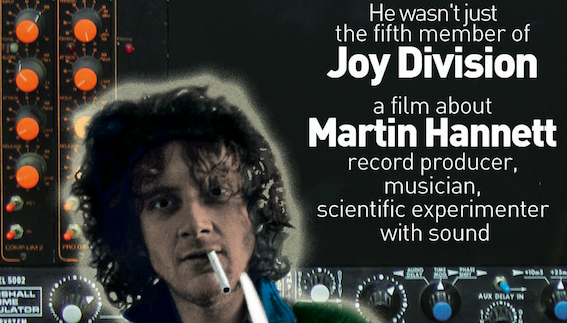 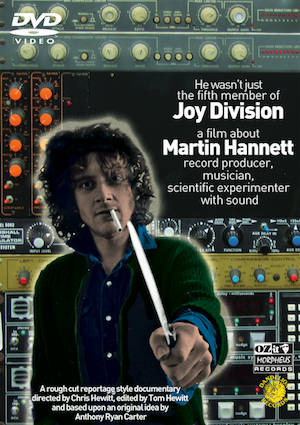 “He wasn’t just the 5th member of Joy Division” – A film about Martin Hannett.

Martin Hannett wasn’t just the 5th member of Joy Division … or the third member of The Durutti Column. He was Factory Records’ genius in-house producer, musician and sonic experimenter.

Ask the average music fan what he knows about Martin Hannett and he’ll probably tell you that Martin produced Joy Division’s Unknown Pleasures and Closer albums, fell out with Factory Records and resigned his directorship over them opening the Hacienda. Later he had a comeback producing early Stone Roses material and then the Happy Mondays.

But did you know that Martin started his record collection at a very early age and similarly was into hi fi equipment and electronics long before others of his peer group? He was fascinated with science fiction and chemistry. His interest in chemistry would not only lead to a university degree in the subject but would also start his interest in creating explosions by chemical reactions at an early age.

Martin was often accused of “musical alchemy” because of his never-ending experiments in linking up echo/delay effects and synthesisers often ignoring manufacturers’ instruction manuals, particularly those that read “never turn the controls beyond this setting”; just beyond that setting would be his starting point for trying to create his sonic holograms. Similarly he would push bands to the point of self destruction to get the best sounds out of them, often playing members off against each other, mixing up the ingredients like an alchemist. 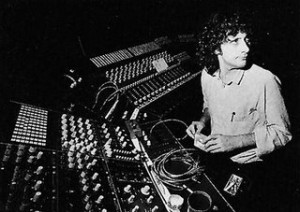 Martin’s headstone wording put together by his wife Wendy Hannett and Chris Hewitt aptly reads “Creator of the Manchester Sound”. But how did that sound come about? Through Martin’s friends, musician friends and studio co-workers, this film presents a picture of Martin’s chaotic life and strange production techniques, his unusually styled but brilliant bass playing, his vision of bands and the music business not having to be based in London which, through his work at Music Force, Rabid and Factory, would lead to the North West having a vibrant music industry with record companies and studios being located outside of London.

With Hannett’s numerous production credits not just for Joy Division, New Order and a plethora of Factory Records bands, but also one of the first punk records ever in Buzzcocks’ “Spiral Scratch” and U2’s “Eleven’o’clock tick tock”, one could ask the question whether the two Joy Division albums would have been the classics they became without Martin’s sonic holograms created around Joy Division’s sparse sound.

So much has been told in previous books and documentaries of the Factory and Joy Division story as if the music world in Manchester didn’t exist before the Sex Pistols gig at the Lesser Free Trade Hall. This film shows how “Fat Mart”, the educated teenage gang member from the Tripe Colony houses in Miles Platting, turned slowly from record collector, hi fi fanatic and bass player into the creative genius that harnessed the sound of industrial machinery in Manchester and using early synthesisers, subtly layered those sounds into the production of Joy Division’s Unknown Pleasures album, thus setting the benchmark for the Manchester Sound.