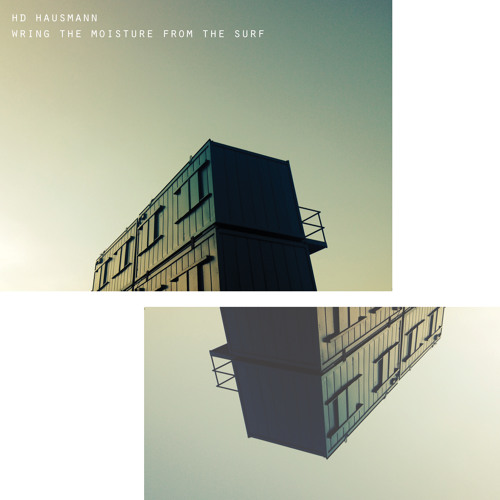 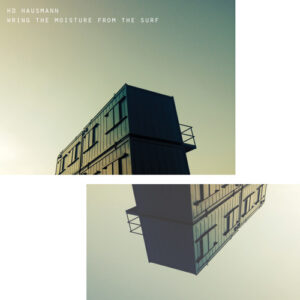 The appeal of anonymous musicians is fascinating and HD Hausmann is no exception. A band going under the name of a fictitious figure influenced by the likes of architects and literature is the perfect base for the type of music that they collectively produce.

A collective led by LP (subsequently outed as Liam Palmer of Grass House. Allegedly.) and performed by musicians who all recorded their pieces in isolation across the UK. The end result is one of the most fascinating albums of the year.

Lyrics are nothing less than pure poetry and the instrumentation is a mix of sound, noise, ambience and distortion held together by deep set melodies which are often difficult to overlook. LPs voice is soft and gravelled, and provides a unique texture to the seven tracks on display, each one as memorable and enjoyable as the last.

From opener Old Satellite, a cavalcade of sounds and improvised piano the scene is set and much of the album revolves around a penchant for water in various forms which provides an apt feeling of endlessness and infinity to the music. To The Loveliest Ocean is again simple but sumptuous with a gripping strapline and rising chorus.

The title track begins with a crunching percussive beat which continues throughout and sounds not unlike Queens We Will Rock You, but the plodding grunge guitars move away from any hint of commercialism and soon turn into an epic sound which ends all too soon.

There’s an almost shanty like feel to the acoustic In Our Wake with random horns which are purported to a have been found on the internet, and an evocative mood which leads perfectly into the brooding six minute closer I Am Here And I Am Cold In The Water. A gorgeously enthralling end to a quite stunning debut.

With a second album already written and a third one nearing completion, this mesmerising mission holds much promise for forthcoming releases.

HD Hausmann are on Soundcloud here: soundcloud.com/h-d-hausmann. They can be followed on Twitter as @hdhausmann and liked on Facebook.