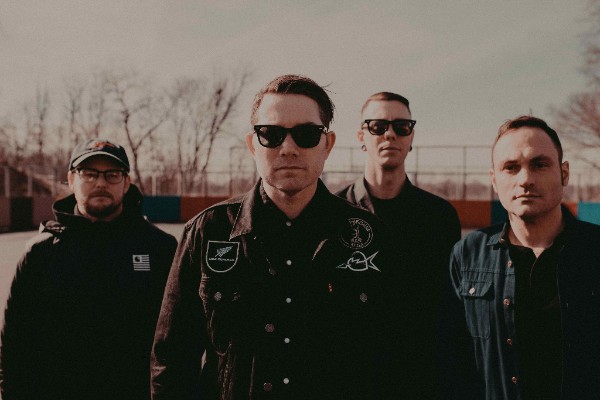 Ohio’s post-hardcore emo rock band Hawthorne Heights released their album Bad Frequencies earlier this year via Pure Noise Records. It had been a long at times legal potholed road from their last album, Zero, released back in 2013. Back with the new album and having completed a marathon run on the last Vans Warped Tour, Hawthorne Heights will next month be heading to the UK for a headlining tour.

As a taster to their dates here in the UK Hawthorne Heights has shared a new video for Bad Frequencies, the title track from their 6th studio album, which was released in April.

Singer JT Woodruff explained some more about the track and video: “One of my favourite places on earth is the California desert. It’s a dream and a nightmare at the same time, which is why I love it. I wrote the lyrics to the song Bad Frequencies while waiting on Interstate 5 in traffic for 4 hours. My dream then turned into a nightmare. You just have to remember that the nightmare eventually goes away, and you always get back to where you need to be. Visually, much of the video’s vibe is a homage to some of our favourite music videos we grew up to in the 90’s. There is a certain amount of mystique to videos from that era that we absolutely love. Other visual inspirations include Twin Peaks and Black Mirror.”

If the video is a sampler if the mood Hawthorne Heights can deliver it bodes well for an immersive experience on their UK dates this October including a date at Nottingham’s Rock City.

News Article by Katie Clare. More articles, reviews and interviews by Katie on Louder Than War can be found at her Author Archive. Katie can also be found on Twitter where she tweets as @tokyo_katie.