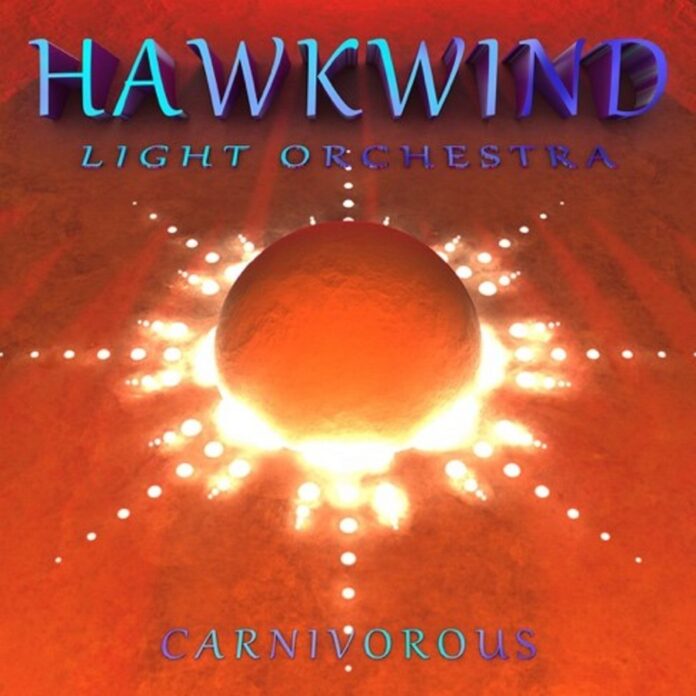 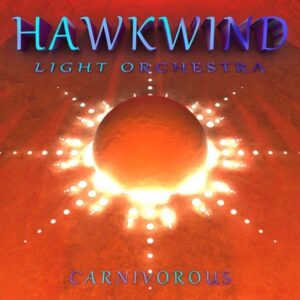 This might not be the full strength version of Hawkwind but there is plenty here to delight fans of the veteran space rockers.

Hawkwind leader Dave Brock might be about to ether his eighth decade, but he shows no sign of slowing down when most people his age are pottering round the local garden centre. This album began life as a solo project, but he couldn’t resist pulling in band members drummer Richard Chadwick and Magnus Martin on guitars, vocals and keyboards to help out as they swapped music files during lockdown

As it isn’t the full strength version of a band celebrating its 50th anniversary they resurrected the Hawkwind Light Orchestra moniker, but to be honest if you are a fan of the band it ticks off the usual boxes that has sustained such a long career.

In the midst of all the swirling, pulsing synths it is easy to forget how good a guitarist Brock is, and he really lets go on Dyma-Mite as he reflects on the foibles of the human race is which a recurring theme on this album. And arguably a lot of their work over the years.

Human Behaviour (No Sex Allowed) is another guitar driven critique of our daft species as Brock notes “Human behaviour isn’t very good”, which has been underlined by many during the pandemic like the pathetic COVID conspiracy theorists.

Model Farm Blues is a sprawling piece of space rock blues, with more than a touch of Fat White Family, as synths and piano add to the mayhem that will be utterly epic live when they finally get back on the road.

Brock can’t resist a wry comment on the pandemic with disembodied voices warning of a state of emergency as our democratic systems collapse worldwide as synths rise and fall through Lockdown (Keep Calm). The keyboards are pretty much stripped out for the moving Forgotten Memories as Brock examines how music can still reach people even as they recede deep into their journey with Alzheimer’s, and his solos are jammed with emotion.

The album is interspersed with proggy instruments including the dreamy Attraction, or the pulsing Temple of Love (not that one) if you fancy taking a trip maaaaaan.

Carnivorous doesn’t stray too far from the tried and trusted Hawkwind model, but given it has been made by a band in its fifth decade it is way better than anyone has a right to expect, and stands with the best of their god knows how many albums.

Review by Paul Clarke. You can see his author profile here.