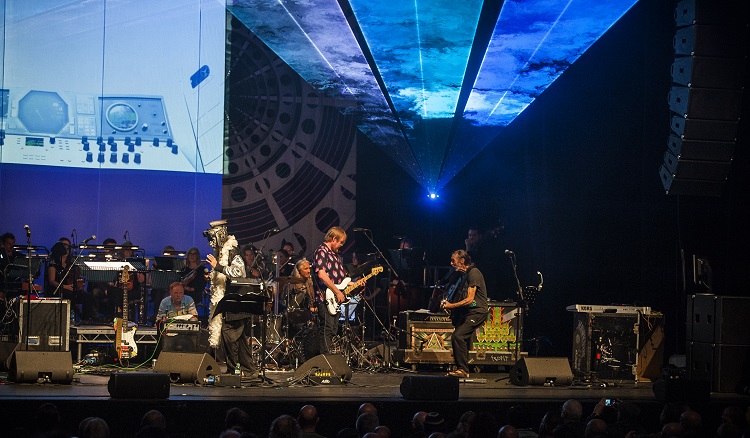 Two orchestras for the price of one.

The first of which was the formidable pairing of Chrissy Mostyn and Rick Pilkington, stood amongst their plethora of instruments and electronic gadgets that form their own armoury cum orchestra at their fingertips.  It’s a mini orchestra  that helps creates an ethereal wash as the dup cleverly build and intertwine an amalgam of sounds and voices. A trip via Sebastian and Hypnotize through to Hey Pluto, they gave a hint at what might follow up the wonderful Diving For Roses album in the form of a new song (Never Do Do I) – a bold move but not out of the comfort zone of a band who’ve been known to work out new material in soundchecks and then play them the same night. 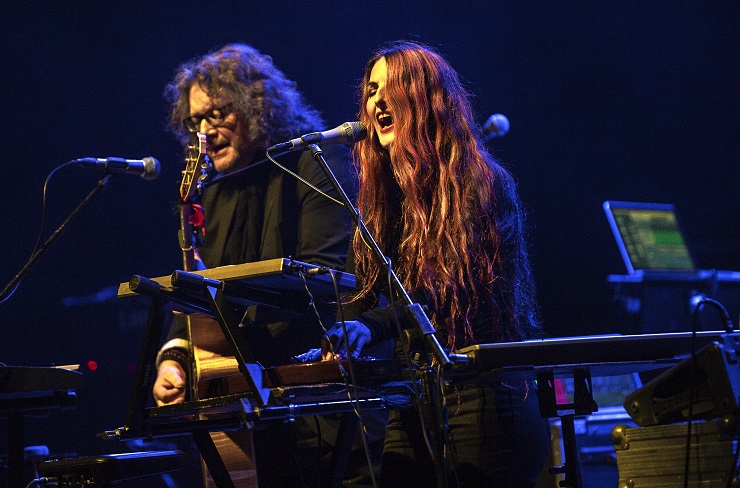 Meanwhile, the current line up of Hawkwind, with lynchpin Dave Brock standing almost offstage with his guitar and keyboard rig still at the helm, is a vibrant one whose latest Road To Utopia album (reviewed here) boasts several sweet spots despite not receiving overwhelming fan approval. Backed by not a collection of music making gadgetery but by a bonafide 25 piece orchestra conducted by Mike Batt (he of too many things numerous to mention fame) they continued to confound those who believe their journey might be in its latter stages.

Shifting between band and orchestra based band pieces, they were joined at several points, the icing on the cake really, by the real life Arthur Brown and his vocal talents and hugely idiosyncratic presence. Multicoloured make up, steampunk headgear and a feather boa? No problem as he warmed to the task on the opening night of a tour that could have fallen flat on its face but delighted those with enough presence of mind and empathy to see how their usually flexible and improvisational groove laden approach would fare with the orchestra. And also for those for whom the strange amalgamation of the two worlds was too intriguing to resist. 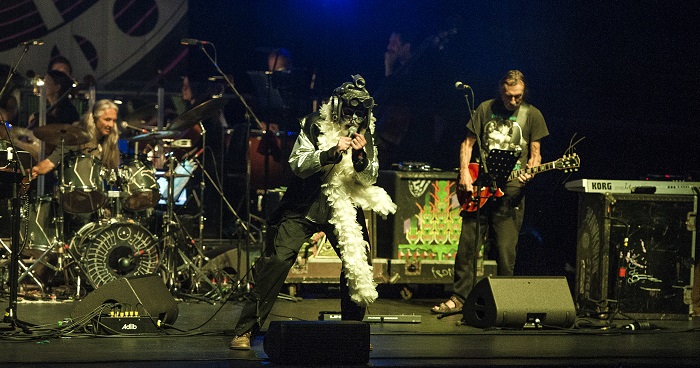 Of course, they finished with Silver Machine, but the presence and impact of the added brass and string arrangements to a string of hard to fault Hawkwind standards that preceded it was a revelation. Star moments had to be the easy and laconic We Took The Wrong Step Years Ago and basically anything to which  Arthur Brown added his unique charisma. A trip to the farthest reaches of the universe with the crew of the starship Hawkwind – could anything else really be the same?

The Blackheart Orchestra are  online here