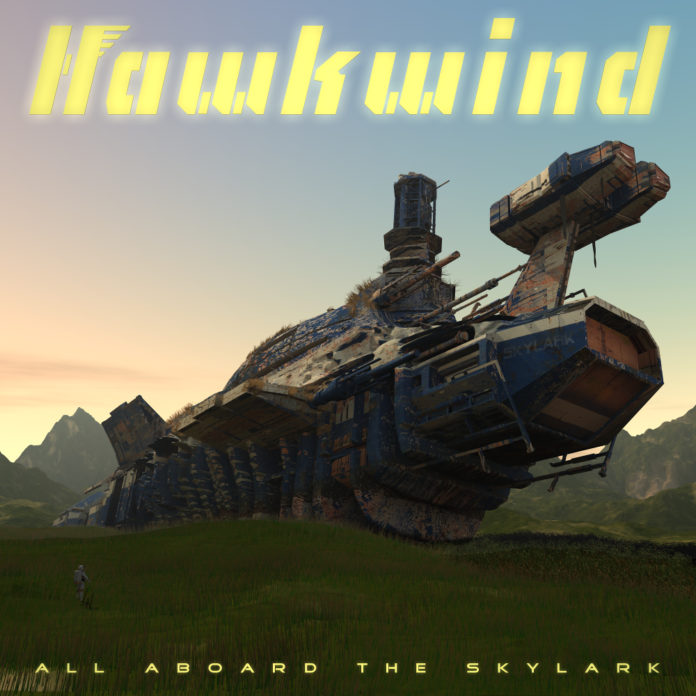 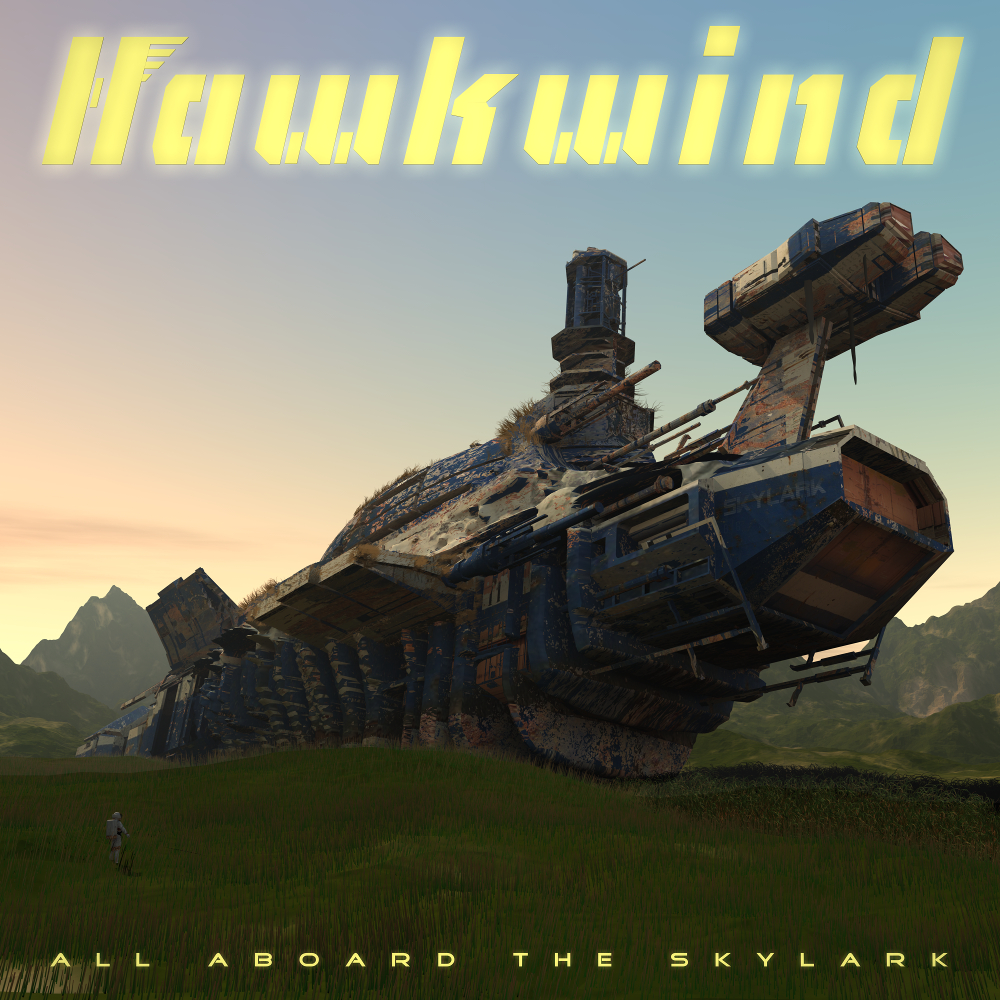 HAWKWIND: ALL ABOARD THE SKYLARK

32nd album from the space rock stalwarts who’ve just hit their half century of space trucking.

Fifty years on there may only be Dave Brock still in position in the 2019 Hawkwind line-up, but this isn’t the seventies anymore. Things change. However, we can be impressed and nod sagely in the knowledge that Hawkwind not only remain a going concern with a hugely dedicated fanbase but that they are still working on new music when others in the same position rely on an ancient legacy.

Their recent orchestral album and tour might have divided some fans and had those who’ve been along for the full trip scratching their heads, but for me personally it was great. Back in the day when Hawkwind were creating the astounding sounds, there were as punk as Johnny and Sid so I guess that it could be viewed as their fifty-year finger at those who thought they’d become comfortable.

Flesh Fondue confirms the fact that All Aboard The Skylark is cut from the same psychedelic tye-dye coloured cloth. Alien creatures gorge themselves in an interplanetary feast amidst a pulsating rhythm adorned by zaps and squeals in a piece that’s as close as you’ll get in 2019 to the Hawkwind days of yore. Along with the laidback vibe on The Fantasy Of Faldum whose acoustic leanings are lent a hand with some sweeping wave effects across nine minutes, they provide the bookends for an album that skirts around some congenial and dreamy cosmic coasting.

The silver machine that’s soared over half a century may have lost some of its gloss and landed in dry dock as depicted on the cover, but as the song says, we are not dead…only sleeping.

For a moment, the title track threatens to take off into a Won’t Get Fooled Again frenzy, but the extended instrumental passages are at their most effective cool on The Road To…’s splendid little groove. Meanwhile, the brief diversion into some strange effects in the midst of Nets Of Space (sounds like something is going backward), make Last Man On Earth sound positively mainstream. A more than competent continuation of the voyage captained by Brock with his latest recruits

“There are many things that we don’t understand”

The bonus of the Acoustic Daze set comes inspired by supporting themselves on tour with an opening acoustic set which they’ve reproduced in the studio. Stripping the songs back to their roots might appall some – probably those who balked at the orchestral album – but it works. The throbbing synths and astral atmospherics replaced by gentle acoustic guitars, the finale of We Took The Wrong Step Years Ago still sounds like some sort of regretful confessional. As ever, astounding sounds, amazing music. Say no more.

Watch a bit of audience footage of Hawkwind on the acoustic stage at Glastonbury 2019 here: