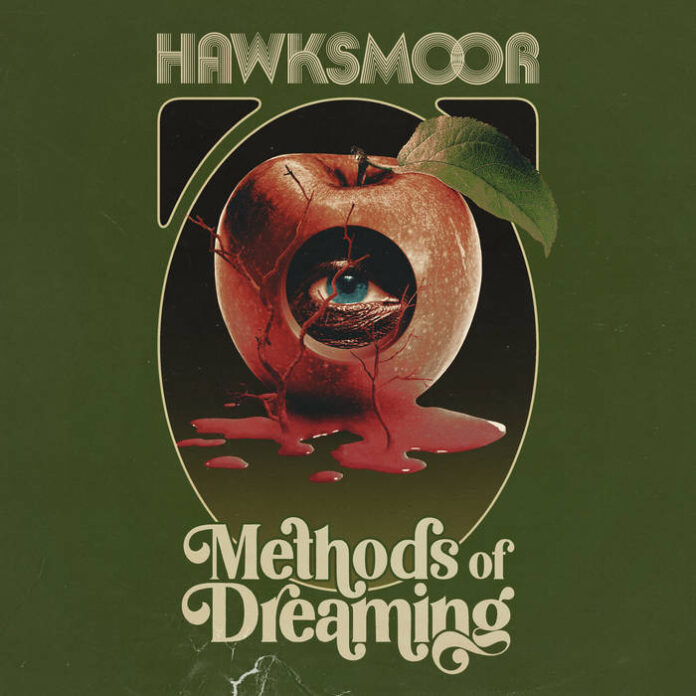 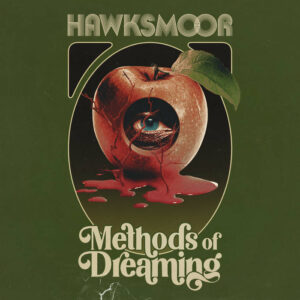 Hawksmoor lean on the words of Camus, a thesis on dreaming and the music of Tangerine Dream to create this dark ambient dreamscape. Guaranteed to expand your consciousness. At least it did for Gordon Rutherford in this review for Louder Than War.

Back at the onset of lockdown mark one, I came up with a cunning plan to stop myself getting bored listening to the same old stuff. I dusted off my copy of Robert Dimery’s 1001 Albums You Must Hear Before You Die, set up a random number generator on my phone designed to provide a number between 22 and 951 (that’s the number of pages in Dimery’s book) and vowed to play the album that appeared on the page number that I was directed to by the random number generator. On day one, the result was Phaedra by Tangerine Dream. To be honest, I wasn’t really feeling it and had been in a kind of Sonic Youth mood. But one has to be true to thine own self, be authentic and start as one means to go on. Tangerine Dream it was.

I had forgotten how good that album was. It was the perfect work companion that day, so much so that I listened to it almost every day for the next two weeks. When I was introduced to Hawksmoor’s debut, Methods of Dreaming, memories of those innocent, unknowing early spring days of lockdown came flooding back, because it’s an album that is highly evocative of Tangerine Dream’s 1974 masterpiece. Incidentally, the music isn’t the only thing that is evocative of the seventies. I mean, just check out that proggy cover, featuring artwork by Eric Adrian Lee. Retro.

The man behind Hawksmoor is musician, composer and producer, James McKeown. Like most of us, he was influenced by the horrific events unfolding at the beginning of this year. Personally, as the impact of the coronavirus unfolded, I revisited my copy of Albert Camus’s The Plague to try to understand if it meant something different in the context of the world we found ourselves in. It appears that McKeown was similarly impelled. However, his line of thinking went considerably deeper than mine.

Simultaneously, as he pondered the strange happenings that were affecting all of us, he came across a paper by Professor R.J. Bennett of the Milton Keynes Institute for Neurological Dream Research, entitled Methods of Dreaming. Hence, the album title. Bennett’s paper provides a guidebook for achieving expansion of consciousness, cerebral escape and transcendence. This, allied with the Camus stimulus, became the central premise of this album.

In bringing that context to life, the overall musical feel is unsurprisingly dark and moody, a very minimalist ambient, built upon soft synths and moogs. McKeown himself describes it as a “launch pad for dreamscapes” and I think that sums it up pretty well. What differentiates the album from much of the genre, however, is McKeown’s intelligent and creative use guitars and live bass lines, which bring a genuine warmth to the music.

The Camus influence is most obvious on three of the tracks, all of which are amongst the strongest in this collection. The atmospheric album opener, Into Algeria, sets the scene, evoking images of Oran, the dusty coastal city in Camus’s novel. La Peste (the title of the book in Camus’s native France) is blissful and McKeown’s guitar work here is reminiscent of rain gently falling in an echo chamber. Paneloux is named after one of the novel’s most conflicted and complex characters and it shows. It is dark and brooding and a little sinister. Again, McKeown’s guitar is prominent and I found it very redolent of Ry Cooder’s haunting work on the Paris, Texas soundtrack.

The highlights, however, come in the shape of another two tracks, namely Strict Parallels and Seraphim. The former features McKeown’s treated guitar layered on top of hypnotic, percussive electronic rhythms. It is eerie and if it is soundtracking a dreamscape then I think it must be one of those dreams where you are being chased by a Doberman whilst running through treacle. It is disturbingly brilliant.

Seraphim, the longest track on the album, evokes images of a wilderness, a barren landscape, with live bass growling beneath the electronic sound waves. Bells chime in halfway through, signalling a swelling of sound that threatens to engulf us before it creeps back from the abyss. It’s a track that contains genuine suspense and that feeling is maintained throughout its eight-plus minutes.

Not every track is as strong as these, of course, but I think we can forgive that. There is plenty of quality here to enjoy. And there is another little gem to share – a little trinket that is quite magnificent. The physical album has been released on cassette. Yes, just cassette. McKeown explains that the reason for this was that he really liked the background and aesthetic of his label (Spun Out of Control), who were initially cassette only. Of course, this media is becoming increasingly popular again, especially amongst the underground electronic community. It’s a wonderfully collectible physical artefact and I applaud Hawksmoor for going down this road.

And now to bed. Sweet dreams everyone, enjoy your Hawksmoor-induced dreamscape.

Spun Out of Control can be found here. They are also on Twitter.