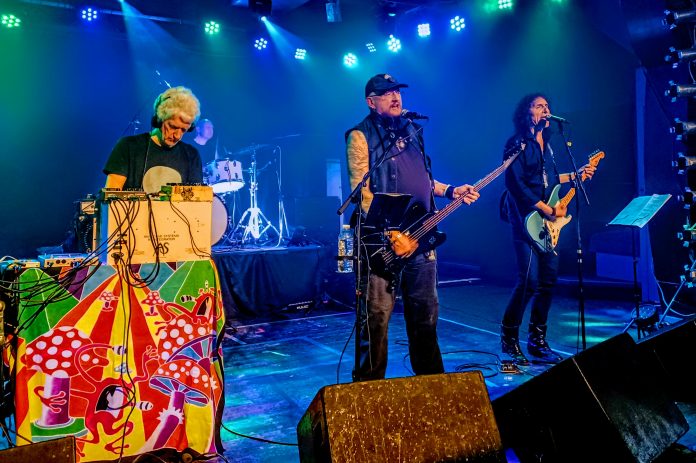 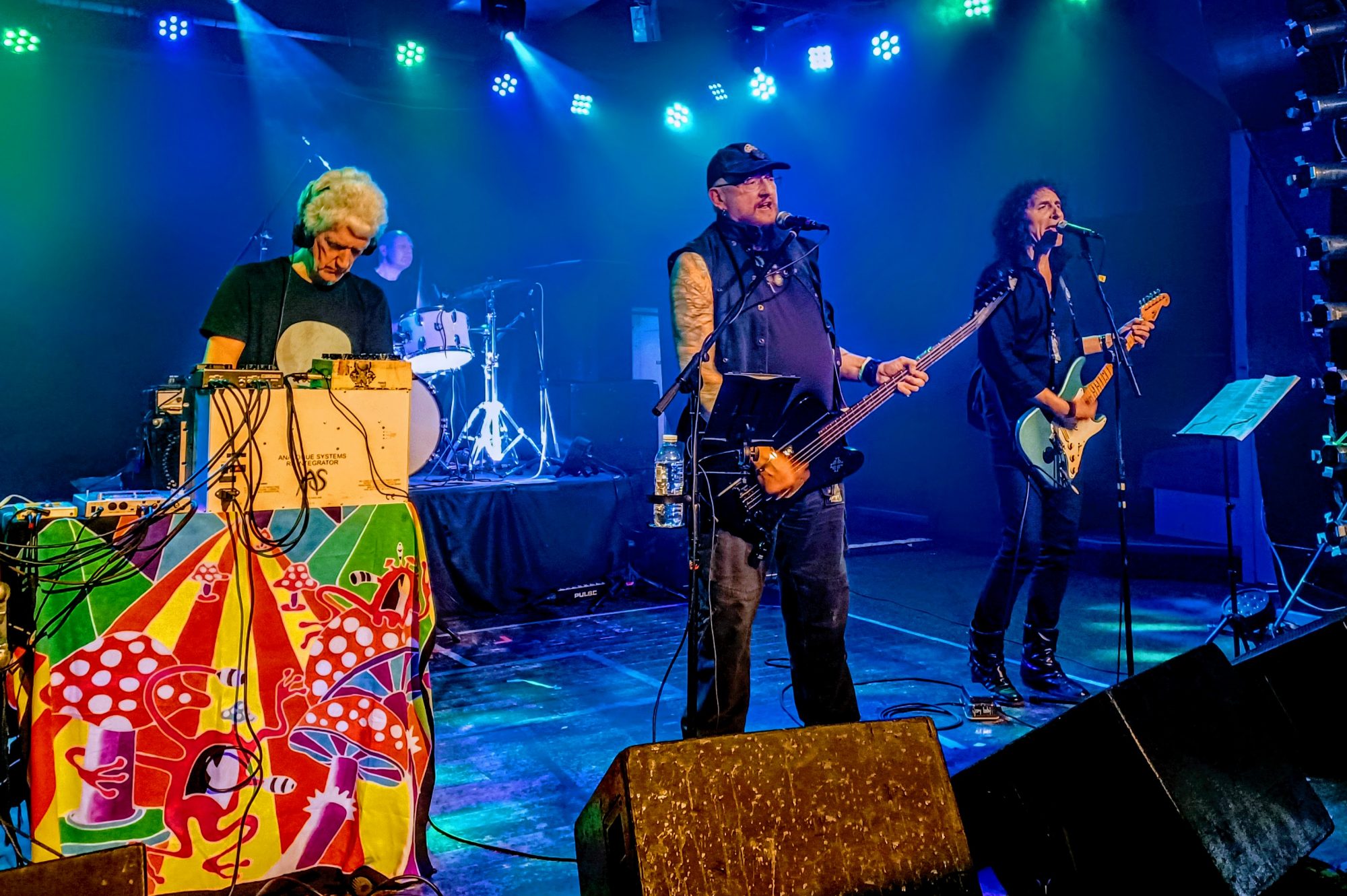 This is not Hawkwind – Do not panic… Hawklords’ travelling time machine materialises in Buckley.

Ex-Hawkwind members don’t die – they simply join Hawklords. With enough former members to kickstart a new race of astral projecting cadets on some faraway planet, the Hawkwind phenomenon is an infinite continuum of space and time.

So, Hawklords (c2022) – a budget Hawkwind? Well, I had this concept storming around my brain when they opened with Speed Of Sound followed by Devil In Your Head, the songs have all the chords in the right places, the sound is space rock, but it’s not… y’know, Dave;  and it was spoiling my night. I had to cast aside this preconception, THIS IS NOT HAWKWIND – DO NOT PANIC. Once that was out of the way the endorphins were released, the silver machine sped off and we had a one way trip to heaven’s gate.

The Tivoli is in the one-horse town of Buckley in North East Wales. It’s a venue steeped in history, with many greats having trodden the boards on their way up (Oasis, Radiohead, Manics) and also many others on their way down. It survives where others have fallen. Venues have to be innovative with different types of events these days; so the financially necessary scourge of tribute acts also assist in allowing nights like this. (Check out The Tivoli’s incredible gigography).

Hawklords are on their Time Tour – a 21 date excursion with a flight path that zig-zags across the UK to promote their latest album ‘Time’. This new release (2021) is only represented tonight by the opening song, Speed Of Sound, Turn On You and the Obscura poem that echoes across this ballroom in a maelstrom of sound. Vocals are shared by Jerry and Mr Dibs; both have charisma added to their quark, strangeness and charm and they give their ex-employees a nod with cool versions of Robot and Master Of The Universe. I guess the penultimate song, Psi Power is technically a Hawklords song, although no one on stage was around when it was originally recorded on the 1978 album 25 Years On. By now everyone present is enveloped in both the sound and the vibe as these psychedelic warlords deliver the driving excellence of SR-71.

I turned up a conscript – I left a convert.

Hawklords Time Tour 2022 continues until 24th April; it’ll probably be over once you have read this. Simply jump into your time machine and travel back to see one of the shows, you won’t be disappointed.