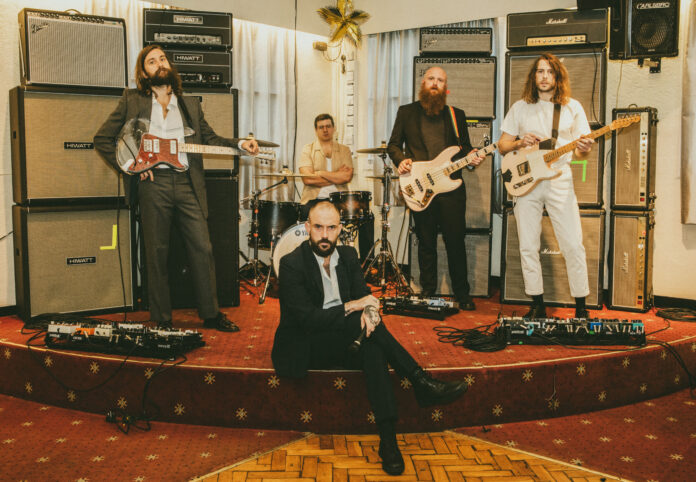 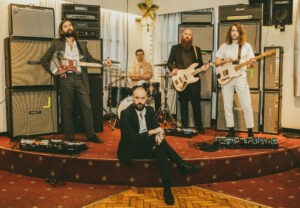 Have IDLES made a rare misstep with new song Model Village?

With the release of their third album imminent, have IDLES misjudged things with their new song Model Village, replacing unity with petty tribalism? Asks Nathan Whittle, risking the wrath of the AF Gang.

It seemed like the band could almost do no wrong for some. IDLES have risen up over the last eight years to a status that the grassroots fans that supported them may have never thought possible. After the release of their last album, Joy As An Act Of Resistence, the band stood at a precipice. They had become a band that, from their punk roots, had been nominated for an Ivor Novella award and heralded here as a band who could forge an inspirational “change in the way young people think about, life, society and ‘politics’ on a personal and local level.” High praise, and deserved.

Whatever your thoughts on the band though, none other in recent years have hit the commercial mark as they have while at the same time casting a critical eye over such topics as toxic masculinity, immigration, Brexit, and the rifts sown through society by the elites over the last decade. IDLES have always seemed like a band that have put their hearts, souls, and guttural screams into expressions of unity. Hell, they even spelt it out for all to hear on the fantastic Danny Nedelko.

We were with them all the way. So what gives with new song, Model Village? For the record, the tune is great and it’s a step up for them that, retaining much of the sound that made them, will push them to still bigger audiences and the production is spot on. But it’s the lyrics.

At a time when society is being shafted from above left, right and centre, the band have seemingly traded the idea of unity for cheap tribalism. So, let’s break it down a bit.

“You gotta laugh as the curtain twitches. And the villagers bury their riches.”

There’s no doubt that some of the richest parts of the country are tucked away villages like Virginia Water in Surrey with 1.5m pound price tags on houses, but why paint in broad strokes and sweep up villages like Jaywick, one of the 10 most deprived wards in the country, one where a local councillor described the housing situation as state-subsidised squalor? Doesn’t smack of the “Model car, model wife, model village” that the band sing about.

On Joy’s I’m Scum, the band retook the snowflake insult aimed at those who take cheap potshots at the Left. But what do we get on the new song? The band trading back with a cheap “Gammon” potshot. We may one day become an avalanche, but not by hitting out at those who have different views to ours when the aim needs to go higher to burst the myths that have been sown deep into the conscious of many by a predominantly right-wing reactionary press.

And finally, there are the assertions that racism and homophobia are rife within villages. Are we to believe that nowadays our urban centres are an example of tollerance and acceptance? Again, treating the topic in such a shallow way glosses over the whole debate.

Boris Johnson is seeking to make the removal of asylum seekers from the UK easier while both Sky News and the BBC have been accused of voyeuristic treatment of those reaching the end of a perilous journey to safety. At the start of the year, the Migration Observatory found that 44% of the UK population were in favour of more controls on immigration. Considering less than 17% of the population of England live in rural areas, why would the band take easy aim at stereotype and ignore the wider issue of why racism and homophobia is on the rise. In London over the last five years, homophobic hate crime has increased by 55%, but hey, look at the villagers with their pitchforks!

On Model Village, IDLES have gone for the simple shot. After the Brexit referendum, even among Leave-voters, a higher percentage of people recognised that immigration had a positive impact on the economy. We’re talking about nuanced opinions and ideas that the band have taken down to caricature level. Oh yeah, almost forgot about the plethora of “nine-fingered boys in the village.” What’s the fixation here? Symbrachydactyl caused by inbreeding?

On the song, singer Joe Talbot has said: “I hated growing up in a city that was really a town that was really a fishbowl. I left as soon as I could, only to realize the fishbowl didn’t exist…just the fish, and they’re everywhere.”

His intention may have been to cast this critical eye over society as a whole, but he might have missed the mark on this one. The elites and their puppet masters are currently engaged in an all-out class war in Britain. The band would do well to keep their sights better trained on the enemy.

This is a no-agenda, personal opinion – shared by at least one other LTW writer and champion of the band, but not necessarily with others at Louder Than War. (NW)