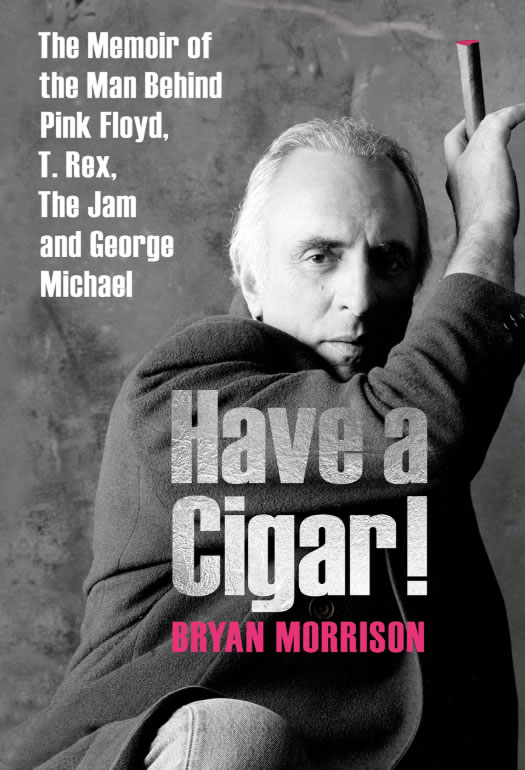 Have a Cigar is the memoir of polo-playing entrepreneur and music mogul Bryan Morrison. An East End kid made good with a talent for sniffing out a great song and a good deal.

Written in 1991 it follows the ups and downs of a career spanning over 25 years. Hidden in a drawer because Morrison didn’t like the version he was going to have published at the time, son Jamie set out to publish the memoir after his mother Greta passed away in 2018.

Morrison moved from Hackney to the open spaces of Chingford when he was just seven years old. Finding himself at The Central School for Art in London in the mid-’60s he was given the chance to manage Dick Taylor’s The Pretty Things. It was a momentous decision; finish his course or embark on a career which would see him brush shoulders with and manage some of the biggest names in British music history, from Marc Bolan and Pink Floyd to George Michael and Wham.

The book reveals the often cutthroat nature of the music business and the chaotic and often destructive lifestyles of those involved. Louder Than War readers will be particularly interested in some of the stories surrounding The Sex Pistols and The Jam. Morrison was present at the Pistol’s gis at The Nashville in April 1976. After witnessing their performance, and in noticing the swastika armbands; Rotton’s Seig Heil, his goose-stepping and the violence that ensued, he passed on the band, “It was anathema to me to come across a band whose attitudes and postures appeared to encapsulate both fascism and evil”.

The book pulls no punches in its criticism of the attitudes of some of music’s main protagonists. Pink Floyd’s Roger Water’s sacking of Morrison after a particularly triumphant gig and Paul Weller’s treatment of the US press, literally throwing away any chance of making in America by telling a room full of interviewers: “I’ve got more fucking important things to do than doing interviews with you lot”.

There are some tender stories which showed Morrison’s caring side. The way in which he allowed Syd Barrett to spend almost two years in the studio recording his post-Floyd ditties, (which would surface on The Madcap Laughs and Barrett in 1971) despite often falling asleep mid-take! His unique ability for spotting a great song or future talent and his relationship with George Michael and Andrew Ridgely, managing to nab the publishing rights to the first Wham album and even more impressively, Careless Whisper, which Michael wrote when he was just sixteen.

There are some obvious omissions in the book. Readers will question why he suffered such terrible health problems, twice nearly dying of gastrointestinal bleeding. No mention is made of any personal relationships until Greta appeared on the scene when Morrison was almost thirty years old. There are some controversial passages regarding Nick Mason where Morrison attempts the set the record straight in the bust-up between himself and the band, contradicting those which appeared in Mason’s tome, Inside Out.

Despite the hedonistic lifestyle which saw all of his money vanish more than once, Morrison became super-wealthy, rubbing shoulders with the royal family and even launching his own polo club, The Royal Berkshire, in 1985. The game would ultimately take his life. After falling off his horse head first during a match in 2006 Morrison slipped into a coma and passed away in 2008.

Have a Cigar is a riveting read, bouncing through his music business deals, a brush with The Krays, Bill Gibbs’ fashion business disaster and Morrison’s dogged determination to stick with recording artists he believed in.

The book is edited by Barry Johnston and is out now on Quiller.