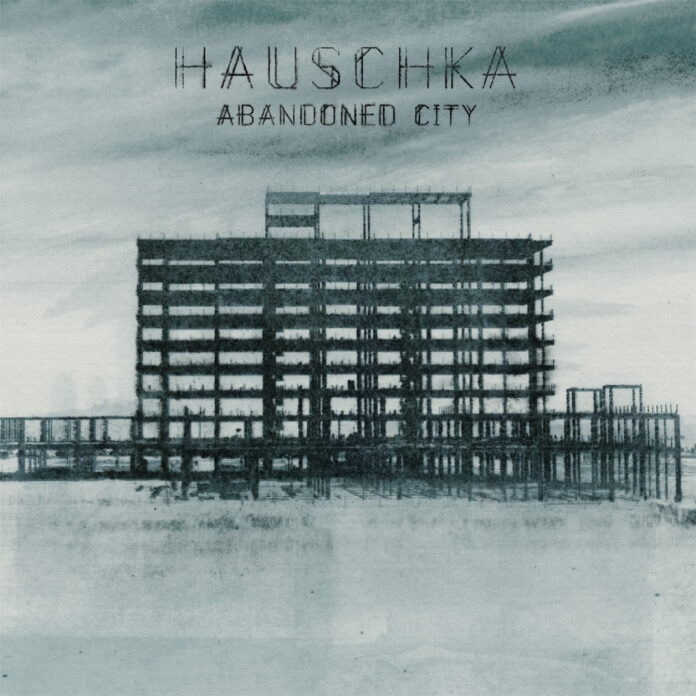 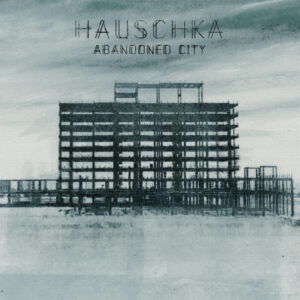 Volker Bertelmann – who records and performs under the alias Hauschka – creates crystalline, intricate compositions melding Nils Frahm’s lyrical sweep with the clipped rhythms of electronic dance music. His pieces are, for the most part, almost entirely created using a prepared piano – adding objects to its string, keys and body to extend its sound making properties. Altered like this, his piano becomes a glistering toolbox of sound sources, which Bertelmann uses to painstakingly assemble his tracks.

Abandoned City is Bertelmann’s eleventh Hauschka outing. Its eight glistening pieces were, as the title suggests, inspired by urban landscapes that are no longer populated by humans. The overall feeling is a kind of chilly, haunted emptiness – pieces like Craco exude a delicate melancholy, its rolling piano lines marking out a poignant elegy for the communities that once lived, loved, fought and worked in these lost spaces.

It would be easy, given the subject matter for Bertelmann to create an album that turned the pathos up to 11 and churned out a kind of gloopy neoclassical pastiche fit for a mouldy corner of Classic FM. He avoids that particularly trap by drawing on electronic music’s marvellous economy, deploying  the percussive thumps and plunks of of dampened piano to mirror kick drum, hi hat and bass line, reigning in the frills

So, for example, in Thames Town we have a jerky reggaeton beat that is perfectly matched to the zone that inspired it – a new build development near to Shanghai  incongruously modeled on a low-rise English village yet left virtually empty after most of the properties were bought by investors. Rhythmically accurate, but with no groove whatsoever, the track is a painstakingly created replica, just like the titular doppelganger ghost town.

Similarly, Sanzhi Pod City is creeping jitteriness is shot through with the unearthly shapes of the UFO city in Taiwan that gives the track its title. The fact that strange oval structures – once described as “ruins of the future” – have now been totally demolished to make way for a water park gives Bertelmann’s piece an added sense of pathos. These buildings now only exist online, in our memories – and now in the thuds and plinks of the Bertelmann’s music.

Yet Bertelmann retains enough lyricism and melody to balance all this mechanical rigidity. Bakersville’s staccato piano lines are reminiscent of the Morse code bleeps in Kraftwerk’s Radioactivity. Stromness has a lovely, precious melody that elegantly emerges from a mass of metallic clanks and whirrs. Pripyat’s tense clusters of notes gradually resolve themselves into a chunky, baroque inspired jam.

While yearning for a bit more “ruin” in Bertelmann’s hi-def soundscapes – where is the crumbling concrete, the shattered glass, the rusting iron? – I really dig what he is trying to do with Abandoned City. It’s a profoundly moving work, yet one that is very engaging to listen to – not least because luminescent detail of the pieces that Bertelmann has put together.

And while these pieces are oriented towards the past for  their inspiration, I can’t help feeling that they’re also pointing towards a post-human future. Over our cities grass will grow, and one day all our cities will be abandoned.

There’s a part of me that’s convinced this record is the sound of a higher intelligence at work, like the OS in Spike Jonze’s Her, or a Mind from Iain Banks’ Culture novels. Pure intelligence, these higher beings create facsimiles of our music to entertain themselves, like models made of matchsticks. But really, they have left us far behind.