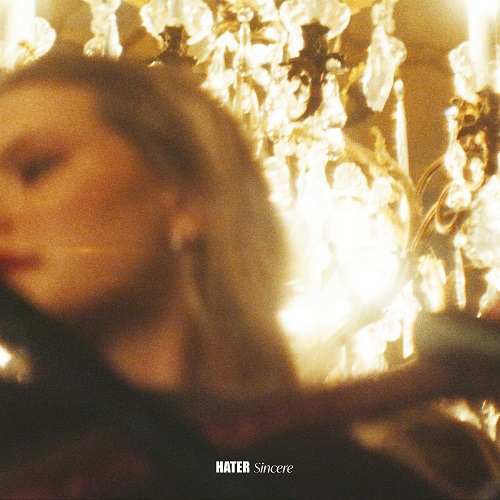 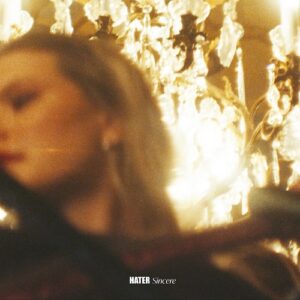 On their new album, the Swedish quartet Hater have created an exceptional blend of crystalline shoegaze pop; songs carved from the same idyllic ice as Cocteau Twins as they find the space between the ethereal moments of their infectious melodies and winding, drifting music that pulls you into a dream state.

Opening song Something has an underlying urgency to it, the verses recalling Slowdive’s When The Sun Hits, but when they hit the choruses, the song lifts to the light and into daybreak, a yearning in Caroline Landahl’s vocals that brings to mind Warpaint at their early best. Guitars crash beneath the surface as the band drive on. It’s a mix between plaintive contemplation and surging defiance; a juxtaposition of brittle strength that builds on a My Bloody Valentine base into something special. It’s in those moments, the tug o’ war between the band’s two vying forces, that they find their space and best moments.

While tracks I’m Yours Baby and Proven Wrong tread lightly the delicacy that weaves through many of the songs, the layers revealing one another like a morning light cracking through curtains as dust stirs and settles, there are moments of force that take the album out of that dream state and back into reality, slipping out of slow-wave sleep and into a waking dream. Far From A Mind brings a pulsating energy from within, the drums pushing the song on over which the rest of the band, each seemingly within their own almost post-punk zone, come together to end with something that, within itself, sees a soothing voice calming a scattered mind; hypnotic and psychotic at the same time.

There are moments of pure beauty scattered throughout the album, the rising chorus on Renew, Reject one of the most affecting. The instruments chime as Landahl’s voice, tender yet sharp, hones in on a dying romance revealing a newfound inner strength. As they close out the album with Hopes High, they find themselves, as the title suggests, drawing on an optimism that comes from self-reflection.

Sincere is an album that tussles between the inner light and dark, draws you in like a siren song, reminding you of the dangers in the hazy shadows while whispering promises in your ear.

Hater will be playing a short tour of the UK in May. Catch them at:
20 May: The Hug and Pint, Glasgow, UK
21 May: The Great Eastern Edinburgh, UK
23 May: Gullivers NQ Manchester, UK
25 May: The Shacklewell Arms, London, UK