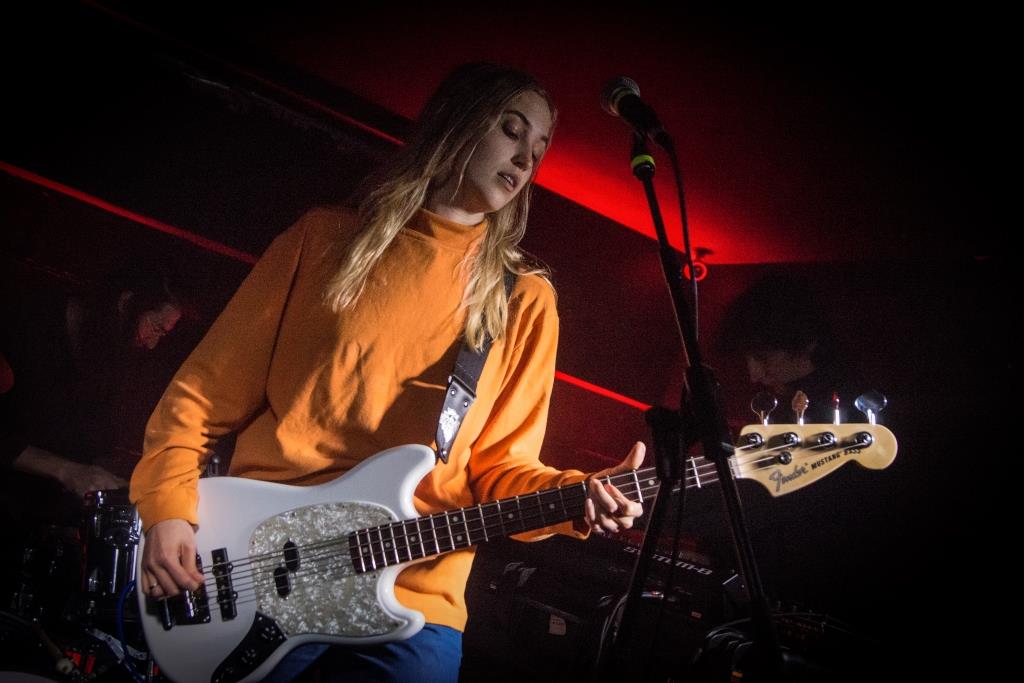 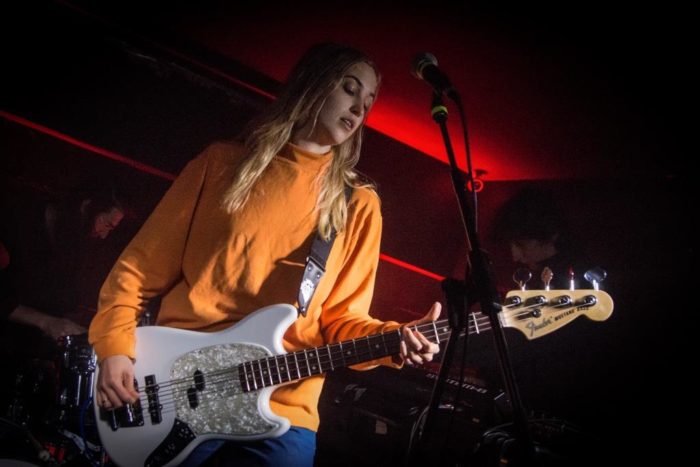 Yes, a comparatively new Manchester venue tucked away on Charles Street, features vintage taps, deafeningly loud hand driers, the kindest doorman in Manchester, very cute wrist stamps, and pizza’s so aromatic and delicious that they are increasingly being talked about with misty eyed wistfulness by touring bands.

The evening begins with Loose Articles, a post punk infused band from Yorkshire who are largely defined by angular guitar riffs and a modern day riot grrrl aesthetic. They’re a bit ramshackle but there’s some good ideas there alongside the rage and humour. Having a song about underage drinking that has the singer screaming, repeatedly, “Dirty Dicks, I like Dirty Dicks!” is suitably ambiguous of meaning to cause a frisson of excitement in what is a largely polite audience: They definitely liked that one, just possibly not for the reasons the band intended. 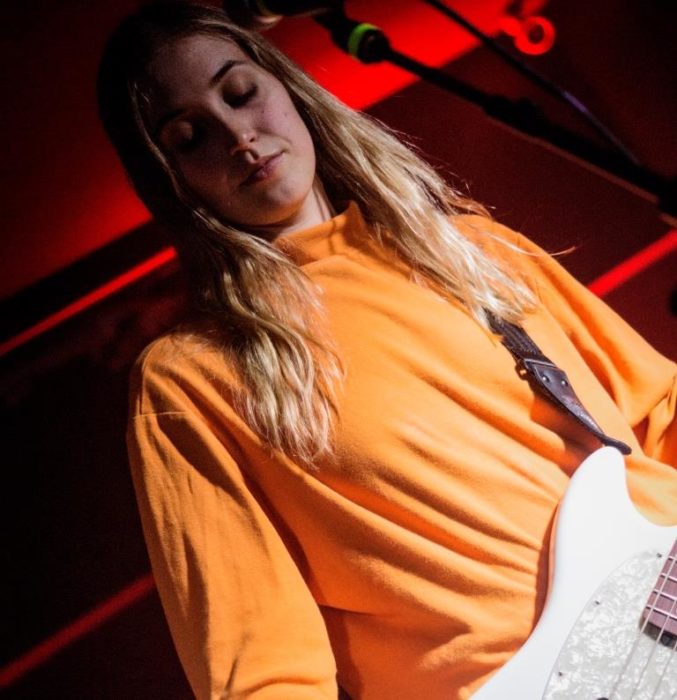 While Yes is a small but beautiful venue, a cross between a basement and a front room in size and style, it does mean that there’s very little space downstairs for hanging out between bands. As such, I head upstairs to inhale the pizza fumes for a bit. When I return about ten minutes later, the room is full all the way back to the door with people waiting for Hatchie.

Harriette Pilbeam (who performs as Hatchie) and her band walk onto the stage at 9pm. Pilbeam comes across as being like her music: Sunny, effortless and sweet. She has an easy charm and her rapport with the crowd is lovely to watch – it is she who mentions the legendary pizzas at Yes, and she even says ‘bless you’ when someone sneezes. The crowd themselves are loyal, highly engaged and rapturous in enthusiasm. Many of them sing along to all the songs. 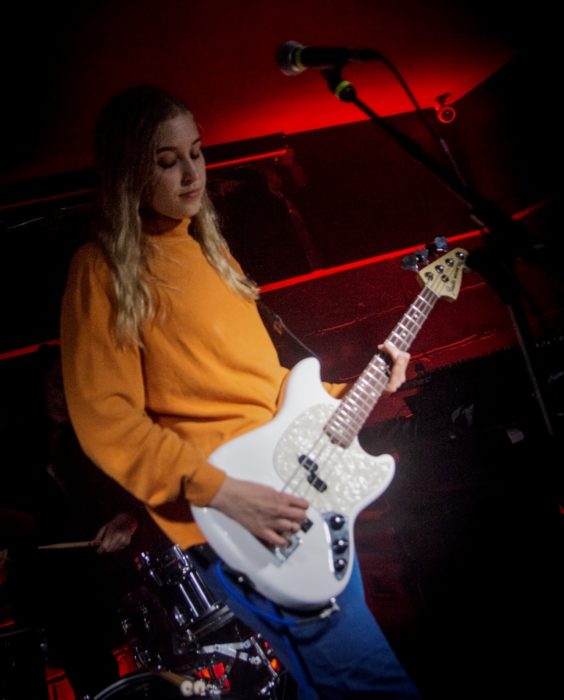 Standout moments would be the early track ‘Sugar & Spice’, which is transformed in a live environment into an anthemic summer sing along, the recent single ‘Without a blush’ and the epic ‘Stay with me’. The sound is sunny indie pop in an early 1990s vein, with powerful hooks, strong choruses, and effortless panache. All of Hatchie’s remaining UK tour dates have sold out and her debut album is due to be released on June 21st. Both of these things should take Pilbeam to the next level and gig goers should expect to see her at bigger venues very soon, not to mention all of next years festivals. 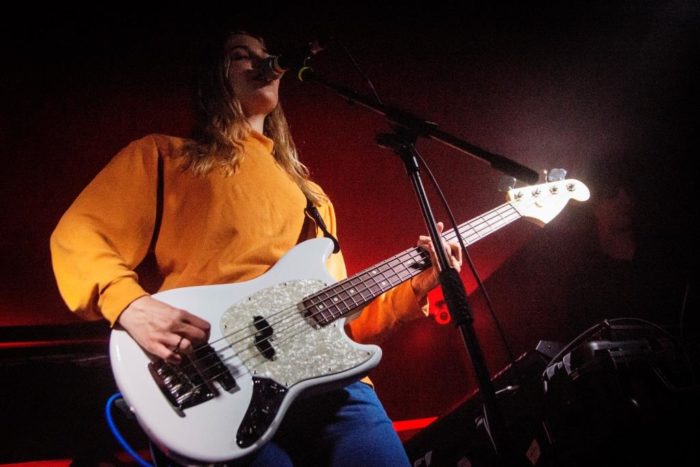 All photos by Phil King