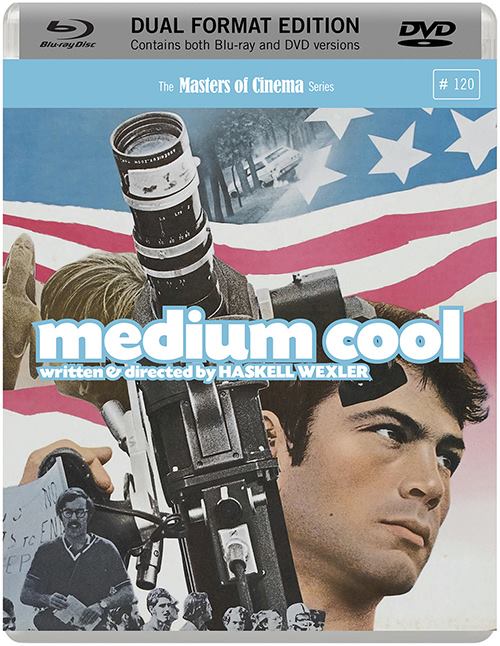 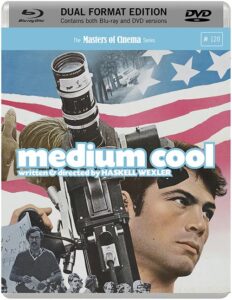 Jamie Havlin reviews an ambitious film that blurs fiction and reality with the infamously violent 1968 Democratic National Convention in Chicago as its backdrop.

In this key film of the late 1960s, Robert Forster (of Jackie Brown and Breaking Bad fame) plays Chicago born TV cameraman John Cassellis, a complex character who can show no compassion while filming a woman seriously injured in a car crash (only after he’s finished does he deem it necessary to call emergency services) yet is also capable of showing great tenderness towards a young pigeon obsessed boy Harold (Harold Blankenship) and his mother Eileen (Verna Bloom), the pair having recently relocated from Appalachian West Virginia to Chicago, where they live in a down at heel block of flats.

Shot in the summer of 1968 and influenced by French new wave directors, especially Jean-Luc Godard, the movie makes use of cinéma vérité style documentary filmmaking techniques and combines fictional and non-fictional content in a way that, at times, makes it difficult to determine which is which.

Along the way John films an almost surreal military training exercise performed by the Illinois National Guard; makes his way to the Resurrection City campaign for social justice in Washington DC; encounters a bunch of Black Panther style militants and visits a gun club where women – in the year of both Martin Luther King and Robert Kennedy assassinations – learn how to shoot.

So far, so interesting enough; a disenchanted John loses his job and gradually falls in love with Eileen in a subplot that could have been borrowed from a mainstream Hollywood movie.

Medium Cool moves up another gear, though, when Harold disappears after spying on John kissing his mother and Eileen is unable to get any help from police officers to find him as they are all tied up by the mass anti-war demonstration in the city.

Suspecting that a riot or at least serious confrontation between police and protestors would take place, director Wexler specifically planned his shoot to coincide with the 1968 Democratic National Convention. In a crowded Chicago city centre, Eileen walks with anti-Vietnam campaigners and witnesses US Army tanks in a public park and cops using their batons indiscriminately on peaceful protestors. Indeed, the director himself had a canister of tear-gas fired at him. 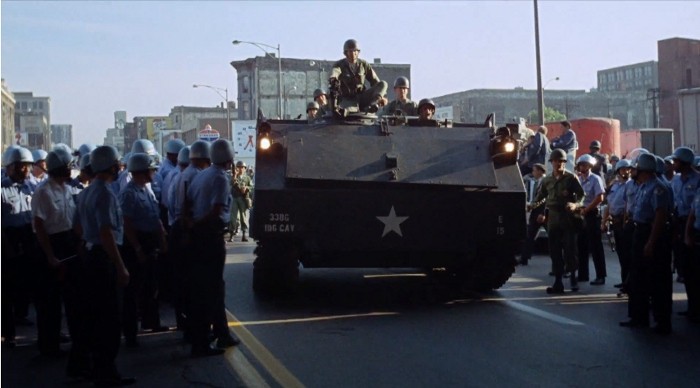 It’s no exaggeration to say that these sequences are as engrossing as any from the New Hollywood era of the late 60s and 70s and this viewer became genuinely concerned for Verna Bloom, knowing that she could be in real danger, especially when at one point (obviously in character) she decides to speak to a National Guardsman.

Innovative and politically challenging, influential and formally daring, Medium Cool is a triumph for Wexler, who as well as directing the film, also shot it, wrote it and co-produced it.

Eureka’s Masters of Cinema Series presents the film on Blu-ray and DVD for the first time in the UK and extras include an audio commentary with Haskell Wexler and others; extended excerpts from Paul Cronin’s documentary Look Out Haskell, It’s Real! and a 28 page booklet that details a summary of the government-commissioned report on the Democratic National Convention riot of 1968 illustrated with archival imagery.