Home Blogs Think Tank: Has ‘pay to play’ evolved into ‘vote to play’? 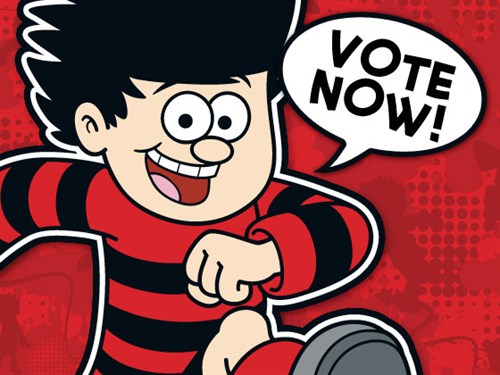 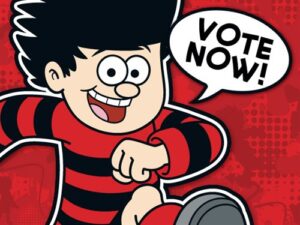 Think Tank: Has ‘pay to play’ evolved into ‘vote to play’?

Louder Than War recently ran a piece regarding the continuing dubious practice of ‘pay to play’…the scenario being a young, often local band will be allowed the opportunity of supporting a national touring band – it’s sold to them as a showcase gig, promises of large crowds who they would ordinarily struggle to reach…said eager band will pay a ‘service’ fee, get their name tagged onto the very bottom of the poster, and subsequently open for the headline act to a crowd comprising of their immediate family, and disinterested bar staff.

Thankfully the physical exchange of money has fallen into rightful disrepute in recent years, promoters and venues are now more subtle – now a band will be offered the gig and also offered a fee, that simple three letter word is often enough to blind the band from the caveat…sell 30/40/50 tickets to your own fans and then you secure your fee, don’t reach the total and post gig you better offer round a collection box.

As individuals, certainly those in employment we all technically work to play, whatever your role is, at the end of the week/month you receive your pay packet – its a simple practice, a full weeks work equals a full weeks pay; both the employer and the employee know what the agreement is and get on with it. I accept this is a simplified possibly idealised view, but the purpose of this piece is not to highlight shady employment practices, trade disputes etc.

Now I’m not against an upcoming band having to work to help sell a gig, in fact I positively encourage my own band to do just that, however it’s a tactic that is being used with wide variations by promoters, some will set an achievable target – certainly a target that’s achievable with a bit of effort on the bands behalf, often the promoter will work with you and offer discounted tickets; this sort of artist/promoter engagement is surely to be encouraged. Others however set the bar so high they are merely sitting back and waiting to watch you fall whilst benefitting from your efforts; any suggestion that discounted tickets be made available is laughed at – as such your fan base whilst being accepting of paying £4/5/6 to see you ordinarily will suddenly be asked to shell out double or triple that often to support you and not the headline act who they might not really be interested in. I am aware of at least two promoters who asked a band to sell 50 tickets (£15 plus fees etc Total £17.95), then only released the tickets to them 5 days before the actual gig – that’s a huge ask of a local band, and an even bigger ask of that bands fan-base.

Neither of these practices are unlawful, and we are well aware that despite the promises of our political leaders, it remains tough out there, very tough. Venues and promoters are not charitable organisations, they are expected to make a profit, in fact it is essential they do exactly that; the profits allow them to maintain the venues – the lifeblood of a vibrant music scene, when a town or city has a successful music scene the whole community benefits.

So promoters have a crucial role, however it’s a role that many just don’t seem to understand – I base this on my own experiences as a band manager/booker…too many promoters feel they have exercised all promotion obligations by simply creating a Facebook Event page and sending a listing to the NME, many are unaware of the names of the people working in local media, the local paper, the local radio stations so are unable to feed the event to them; the papers are often hungry for local interest stories…don’t tell them about a gig and they cannot support you with free press exposure.

Other promoters seem to spend more time monitoring the web pages of the bands on the bill, seeing how often the band are pushing the gig to their own fan base, as opposed to actually fulfilling their own job description. A more recent development within the promoters arsenal is the ‘Vote To Play’ scenario – I’ve had three recent experiences of this dubious practice; all run along similar lines…

A promoter, particularly a festival promoter will announce that there is an opportunity (that word again!) for a band to join the line-up of a festival; the band contact the promoter and if selected you are added to a voting list with an array of other eager hopefuls – the promoter then publishes the list of contenders and invites the public to vote; the band with the most votes then secures the gig. Obviously if your band is on the list you are going to actively encourage your fan base to vote for you, asking them to re-post/share etc. thereby raising public awareness of the entire event…and arguably doing the promoters job for them with little if any reward.

The voting can take a number of methods; a simple Facebook vote which displays the running total as time counts down – my own band recently applied to play a festival in the Avon area, the event page included a public vote with the line ‘Who do you want to play?’ – We topped the poll, in fact we topped the poll for the entire closing week…I’m still waiting for confirmation that we are playing! We worked hard, we posted links, we invited followers to ‘Like’ the festival page, we did the promoters job…

We also entered a Vote Off for a much larger festival to be held in Sheffield, again we worked on the promoters behalf, pushed the event, re-posted updates, tagged images etc. – people were voting for us, though clearly not enough as we didn’t get that one either, what’s more we didn’t even get a notification that we hadn’t been selected…I took the silence from the promoter to mean the same thing.

We entered a Vote Off for a mid-size mainstream festival to be held in Chester, to be accurate after expressing our initial interest we were contacted by the festival and invited to be included within the vote, the headliners are a well-known band with numerous chart hits both in the UK and the USA. The gig would be local to us so the chance of exposure seemed too good an opportunity to pass up. Having agreed to participate we pushed the festival via Facebook, email, Google+, we utilised the entire spectrum – our fans were asked to vote and provide an email address, to confirm their vote they would be forwarded a link; dead easy – one vote per email address. We had fans utilising every address they had, people were voting up to 10 times, we even heard of some enterprising types who were voting via temporary email generators, with claims of voting up to 50 times not uncommon – it might not be ‘sporting’ but it was within the rules. We again worked hard, our fan base worked hard on our behalf, the vote page was shared, re-posted to persons across the globe…again we did the promoters job for them.

We didn’t get the gig.

The band that did? It doesn’t really matter, but it was interesting to note that their Facebook followers numbered less than half of ours, they hadn’t played a gig outside of a 25 mile radius of their home town in over 4mths…conversely we have played across the UK, supported both national and international bands, have been confirmed for a couple of nationally renowned festivals and have an album due for release.

Did we ever stand a chance? Were we really in contention for any of these events?

We have no way of knowing, granted it engaged our fan base, and we are hugely grateful to them for their efforts – but was it all for nothing, were the festival places ever available or is this another cunning ruse on behalf of a promoter happy to let others do his or her work for them.

Any bands who have experienced similar, we would welcome your views and experiences.