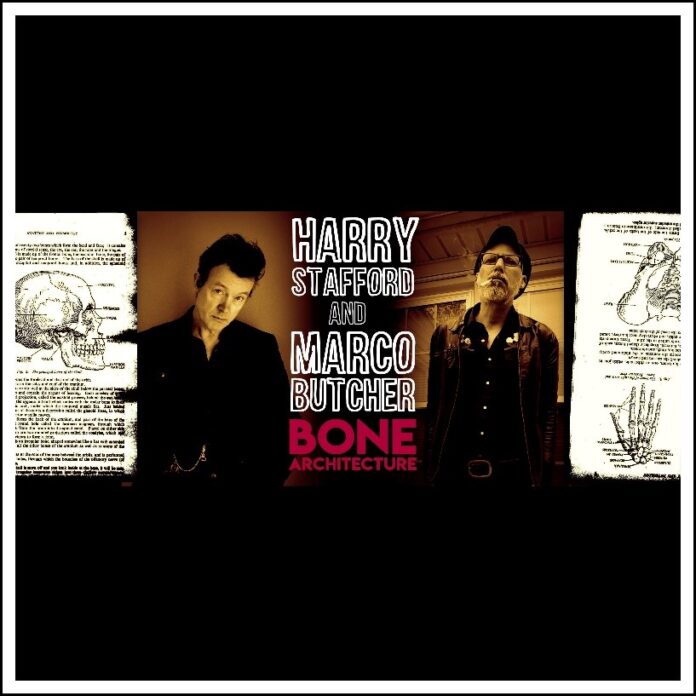 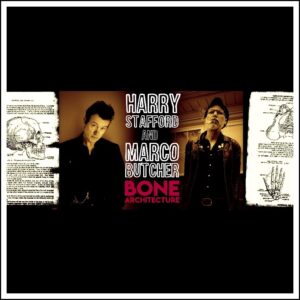 It is easy in these pandemic times, to retreat a little and to treat the various lockdowns we have lived through as justification for inertia. One of the things that has most impressed me about this situation is how some of our musicians have responded.

Rather than lie low and take things easy, the likes of Nick Cave, Charli XCX and Little Simz have not let lockdown slow their creativity, as if the music they make and the art they create simply has to come out of them. They are creative beings and inaction is simply not an option.

We can add to that list Harry Stafford and Marco Butcher, who have responded to the times by recording an album of dirty blues, reminiscent of Nick Cave and Tom Waits. Strangely though, they have managed to do this without ever actually meeting, despite being described as ‘punk soul brothers from the same muddy musical pond’.

In desperate times, it seems that creative souls can reach out across the ether and still make things happen. The result of this digital friendship is the album Bone Architecture.

Harry Stafford is best known as the founder and singer in post punk goth blues outfit The Inca Babies, who spread their Birthday Party influenced noise across four excellent albums in the mid to late 80s. Even as I type the words ‘Birthday Party influenced’, I am aware that while this is accurate it is perhaps damning the Inca Babies with lazy comparison. They may have started out as one of the swathe of bands who took Cave’s crew as inspiration, but they did more than the rest of this class and made some of the Goth scene’s greatest records.

Marco Butcher has previously collaborated with the likes of Hugo Race and Julia Cafritz from Pussy Galore, which indicates he has much common ground with Stafford. Butcher is responsible for most of the music on Bone Architecture, which makes the ‘punk soul brothers’ claim all the more compelling.

The album has its roots in a sleazy jazz blues style that makes me word-associate expressions such as New Orleans, swamp and Southern Gothic, despite the fact that my only experience of America is Florida’s amusement parks.

His vocal style and rhythm here would fit in nicely with his Inca Babies work, while the music lacks gloss, which suits its sound perfectly, and has a home made feel about it. It is unashamedly retro, parts of it even coming across as potential soundtracks to Max Fleischer black and white cartoons.

Bone Architecture starts with the title track. A loose bassline and minimal piano set the tone nicely and the distant, muted trumpet lends an old blues flourish to proceedings. At first listen it is easy to conclude that not much has changed in Stafford’s musical landscape, but there is a maturity here that shows that time has indeed passed.

The song has swing and a loose groove and prowls along. It is that rarest of beasts, a song that makes you want to click your fingers in percussive accompaniment. Things are looking good, this is an impressive start.

Next track, Look Behind You, Look Again is quite restrained, a subtle mash of ragged rhythms and fuzzed guitars. It demands a scuzzed guitar solo and it gets one; its writers are obviously sympathetic the this style of music and know their craft well.

There’s Someone Tryin’ To Get In starts off quite skeletal with just a slide guitar and a piano before more scuzzy guitars arrive to pick things up. The ghost of early rock n roll seeps into the bluesy music here, but nothing that sounds modern or that will take Stafford and Butcher’s sound far away from the past or the mythical South they seem to inhabit.

Juniper Sunday features a marimba to great effect. As a side note, why does this marvellous instrument, or member of its family, not appear on more songs? Actually, scrap that. A little Googling tells me that what is called ‘mallet instruments’ appear on tracks by Japan, Iggy Pop, The Clash and The Psychedelic Furs amongst many others. Good, all is right with the world.

Juniper Sunday has a walking bassline and would suit soundtracking a noir-ish 50’s detective film with much action taking place in rain soaked back alleys at night. Atmosphere is something that Stafford and Butcher do well.

The Sun and The Sky seems more relaxed, with a simple melancholic piano refrain, but Stafford’s vocals make sure we don’t stray too far from the time and place the rest of the album evokes. It is effectively minimal and is the song I have found myself singing once the album has finished. There is a skill in making something so simple become so effective.

Next up is Termite City!, a menacing growling song featuring discordant saxophone. Again, we have a noir feel that reminds us of pulp films or novels. One of the albums strengths is the atmosphere that its songs effortlessly conjure up. Even on a sunny bank holiday weekend, I feel like I am writing on a battered old typewriter and, if I were to look up, I would see stabs of neon through a rain streaked motel window.

The Worst In Me seems to have moved us forward to the 60s and has a Nuggets feel to it. Stafford’s vocals are mannered and calm, rather than the shouted/growled vocals of old, but these songs would stand up to him perhaps letting loose now and then. The songs are lyrically very rich, rather than just have a verse/chorus lyrical structure, they are more literate and story-ish.

Savannah of Havana takes us back to familiar ground with it’s sleazy jazz sound and double bass. This time the image conjured up is of a blues bar populated by oddballs and barflys. The trumpet and piano are put to good use here, making up most of the song. There are also unspecified noises and effects that add to the song’s atmosphere and sense of awkwardness.

Hide The Knives is perhaps the most contemporary song on Bone Architecture, as I can imagine current bands such as Psycho Comedy playing this without it sound anachronistic in their sets. Maybe this is down to the guitar being more prevalent than on previous tracks. It is the type of song that would take on a new life if it ever gets the chance to be played live, particularly the free-for-all ending.

F.T.S channels the Birthday Party with a mean bass line. Bone Architecture seems to be on an upward trajectory, with the songs getting louder and more substantial as it goes on. I find myself waiting for a Rowland S Howard guitar line to come slicing through the dark.

Horror Film House is a Hallowe’en tale complete with eerie noises and a sense of vintage menace. Fleischer images again come into my mind, black and white dancing skeletons and strange goings on in graveyards. The song is atmospheric and haunting. A winner.

Bone Architecture strangely finishes off with a Pink Floyd cover version. Arnold Layne is given a makeover and remerges as a psychedelic-blues workout that still brings us forward in time and perhaps tells us where Stafford and Butcher will journey next.

This is a hugely enjoyable record and fans of Stafford’s band The Inca Babies will find much here to love. Not that Marco Butcher’s contributions should go unnoticed, it is his album first and foremost really. Between them they have found a rich seam to mine and this shows a meeting of minds that geographical boundaries could not prevent.

Bone Architecture is one of the surprises of the year and it has made me trawl through my old albums and relive a time when post punk looked back to find inspiration in unlikely areas. I get the impression that for Stafford at least, this was a journey that inspired the rest of his life.

I admire both the vision and dedication that it has taken to produce this album. I think you will too.