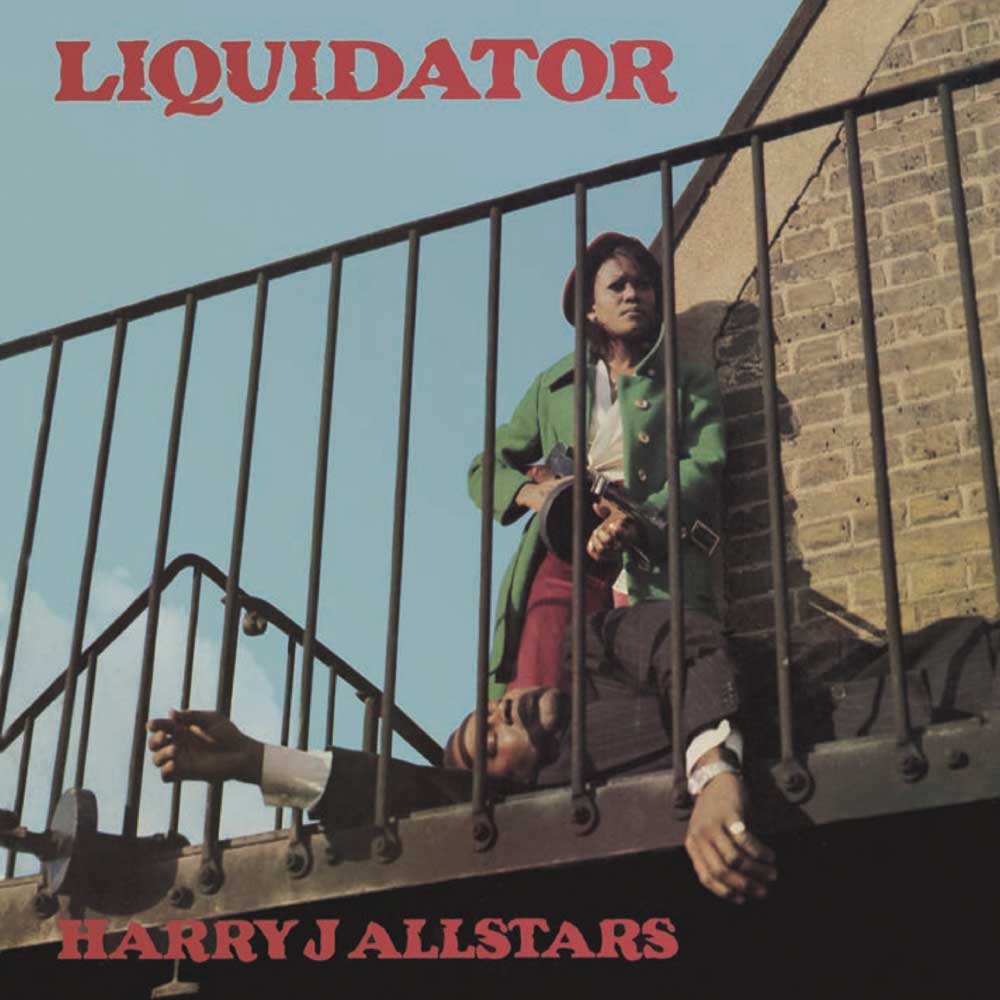 It’s difficult for me to imagine a time when there wasn’t The Liquidator. I find it comforting, conjuring images of my childhood with a rose tinted hue, but also still a little unnerving too. I remember hearing it around the time me and my Mum went out for a walk down to the local park. On the way we saw some short haired young men emerging from a gap in the trees, looking for all the world as they were up to mischief, but ultra-smart looking too. I asked my Mum who they were. “Skinheads” Mum replied with a stern look on her face….”they’re no good”. With that moment, I was hooked….

Anyway, when The Liquidator by the Harry J Allstars, hit the Top 10 in 1969, the Skinhead cult was at its zenith in the UK. This simple but effective organ instrumental came bursting out of the club scene to ram home the point. It’s not difficult to see the attraction: the gangster imagery employed on the song title was enough to tempt the tougher customers in and when the gentle keyboard riff was teased out, it left the perfect gap to shout “Skinheads”, the name of your team, “Aggro” or whatever. The track quickly became sought after and cemented itself as a fixture at football grounds, being played over the P.A. before the match. It’s still played at some grounds today. The Liquidator was to be the only Allstars hit in their own right, but the various players’ dabs would be all over key recordings in the original Reggae era.

Harry J (full name Harry Zephaniah Johnson) brought them altogether when he launched his record label in 1968. Before this he had played bass for the Virtues. In establishing an identity for his label, like others he hand-picked a crack outfit that would provide backing for the various vocalists cutting tunes for him. This band would be known as the Harry J Allstars.

It was Winston Wright, master of the Hammond, who played that simple but sublime organ line (over the rhythm to What Am I To Do Now) that helped embed the tune in at least one nation’s psyche. He was previously a member of Tommy McCook’s Supersonics and had a burgeoning reputation already as a major talent. Future Your Honour hit-maker Boris Gardiner and Jackie Johnson shared bass duties and Gladdy Anderson was more often than not providing the piano/keys Wright did not, with guitar again a split shift between Hux Brown and Rad Bryan. These were the Allstars – well most of the time.

On The Liquidator itself though the Hippy Boys were employed, with future Wailers the Barret Brothers joined by Glen Adams and Alva Lewis. This was a bit of an oddity in the Harry J canon as these musicians did not contribute much more to the Allstars as were widely employed elsewhere, with them deputising as Lee Perry’s the Upsetters frequently.

It sort of goes without saying you’re going to have to be partial to the odd Reggae organ instrumental to get much out of this collection. If you are, jump in, there’s a lot of them! Also, what you get are a bunch of players that are in perfect accord with each other, having played on so many sides prior to this record. Jack The Ripper starts things off with its infectious bouncy rhythm and Spyrone’s quick pace and midway changeover from a piano to organ lead make for appealing listening. All are certainly danceable and Interrogator is very much in a similar mode to the hit, but is unusual enough to strike out towards its own identity.

Both Serge Gainsboroug and Stevie Wonder have their recent hits done over in a Reggae style, with Je T-aime obviously built around an organ riff already that was a no-brainer, but My Cherie Amour gains a slow, meditative feel. Bobby Dylan gets the treatment on It Ain’t Me Babe, which makes one chuckle to think of boot boys moonstomping to one of his songs! The Dog, which ends the album, has that “fairground”/Reg Dixon organ that Jerry Dammers love so much he employed liberally and satisfyingly on More Specials. A really good and evocative of the times piece of original Reggae.

The bonus tracks are not mere filler, included to provide a full survey of the Allstars’ work. The Kingston music scene liked to get the most use possible out of their rhythms, as evidenced with Val Bennett’s sax replacing Wright’s keys on Tons Of Gold (aka the Return Of The Liquidator). Jay Fever lets saxophone dominate too and Killer Version uses “drop-out” really well, leaving just one instrument playing until the rest return as the track gets underway again. A fine recording and a pretty early application of that production trick too. Splendour Splash shows the Allstars could knock out Soul/Funk at will and with What Happen Man they dip their toes in the DJ talkover craze too.

A year after The Liquidator hit the charts, Johnson scored again with Bob And Marcia’s Young, Gifted And Black (that album is reviewed here and the Allstars’ instrumental version ends this collection). The difference between the two records displayed the change that had occurred during that one short year – the tough Reggae style The Liquidator helped to usher in was now out and strings were the thing. Harry still kept recording but as the 70s wore on he became more known for his studio than recorded output, with the facility hosting Bob Marley and the Rolling Stones amongst others. Harry J died in April 2013 as a result of a long battle with diabetes.

Though this album has been released in many formats and editions through the years, this one ties everything up pretty neatly. Virtually any of the tracks here would fill a dance floor at any Reggae revival event, a testament to the musicians involved and their skills. What they laid down on tape was built to last. There wasn’t much mileage in the band as a chart act being an instrumental band and as we have seen trends changing would also have had a negative effect, but for certain the Harry J Allstars were masters in their field. If you’re searching for some Boss Reggae instrumentals, you’ve just hit the pay-dirt. Another winning reissue from Doctor Bird.