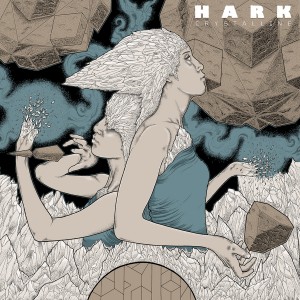 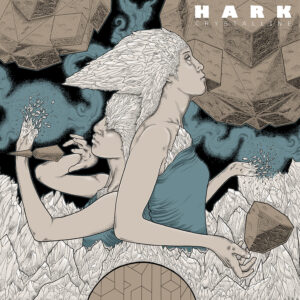 When an album’s artwork is by John Baizley, you know that you’re probably going to get progressive, fuzzy, stoned sludge-metal. Also, perhaps coincidentally, you’ll almost always get a record that’s good if not great. Crystalline, the new album by Swansea outfit HARK, delivers on both these counts, offering a perfectly solid slice of grimy, atmospheric sludge rock.

This quality is most present on Sins On Sleeves, a rythmic, Iron Butterfly-like blast of psychedelic dirt rock. The song eventually breaks down into a biker-core slow-jam and then a classic heavy metal solo. Uplifting stuff.

Breathe and Run is also a melodic treat. Beginning with a jittery prog riff, the song morphs into a blues jam. It’s probably the most “stoner” track on the album, a song that wouldn’t be out of place on a High On Fire or Torche record.

HARK delve into some heavier fair, but it never quite takes off. Black Hole South West is a sludgy, death metally deconstruction of grunge, all bass tone and little songwriting.

If I have any qualms with this record, it’s the production. Kurt Ballou is behind the mixing desk and, although I normally consider him a kind of production savant, his work here seems relatively uninspired. Guitars are compressed and bass sounds are removed from the rhythm guitar and as a result sounds just a little bit watery. I’m not exactly working with the best stereo equipment, but it’s decent enough to pick out little intricacies.

Crystalline is nothing more than a really fine piece of heavy rock. Good for the soul.

~
Crystalline can be bought here.