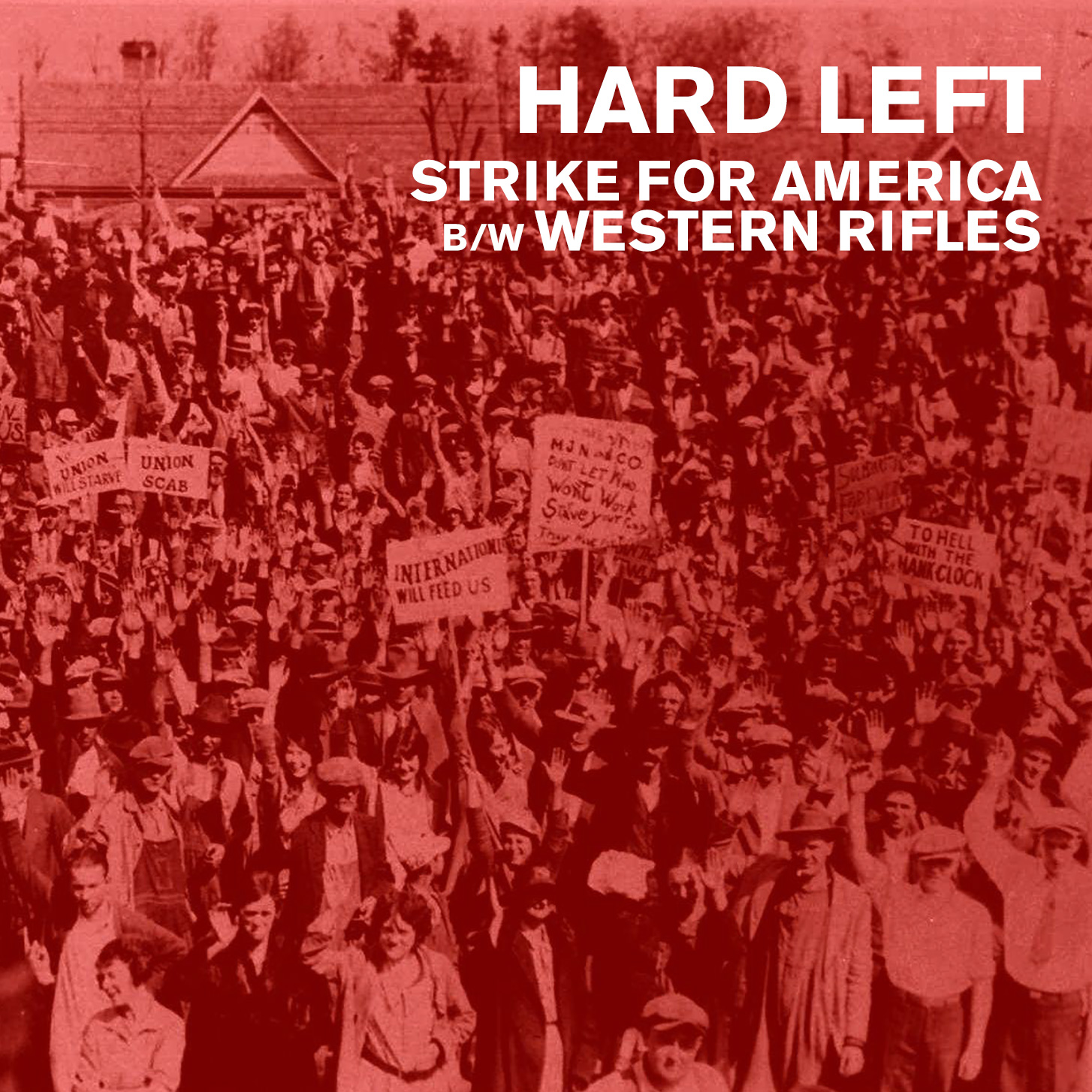 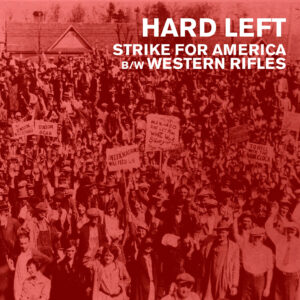 News reaches us from Oakland, CA that agit-punk heroes Hard Left intend to see out this heaviest of years on a high. Late November sees the crack hard-mod/Oi unit hitting UK shores (via Berlin, naturally) for a short series of dates, while they’re making two brand new tracks available right now and donating the proceeds to Jacobin magazine.

The secretive quartet known only as Comrades D, M, N and T will be spreading their revolutionary gospel in London, Leeds and Glasgow over the course of a hectic weekend, 25-27 November. They’ll be sharing stages with some amazing bands and poets too, so these won’t be shows you’ll want to miss. Here’s the details:

Meanwhile, the band are releasing two terrific new tracks to whet our appetites. You’re welcome to download them here for free but any ‘name your price’ proceeds will be donated to Jacobin magazine, a journal of socialist perspectives on politics, economics and culture.

Rather excitingly, there’s also a mega-collectible, one-sided 6″ lathe-cut vinyl edition available from Stomp & Stroll Records or from one of the above shows, assuming they last that long.

The new tracks are Strike For America and Western Rifles, both top-notch additions to Hard Left’s growing manifesto of insurrectionary socialist anthems in a terrace-punk style. An undercover spokesperson adds: “The title track envisions a glorious general strike, wherein workers across the country (and the world!) join arms and send the neoliberal exploiters and saboteurs scurrying back into their ratholes. It’s a wild 90 second blast, street punk of the highest order. Western Rifles takes an oblique look at western imperialism, setting it’s critique to a minute and a half of blistering, shout-along punk.”

And that seems to cover it. Prepare yourselves for action, comrades. Support the righteous work of Jacobin and make a date to witness the revolution first-hand at the end of November. Keep in touch with Hard Left on Facebook, Twitter and of course Bandcamp.