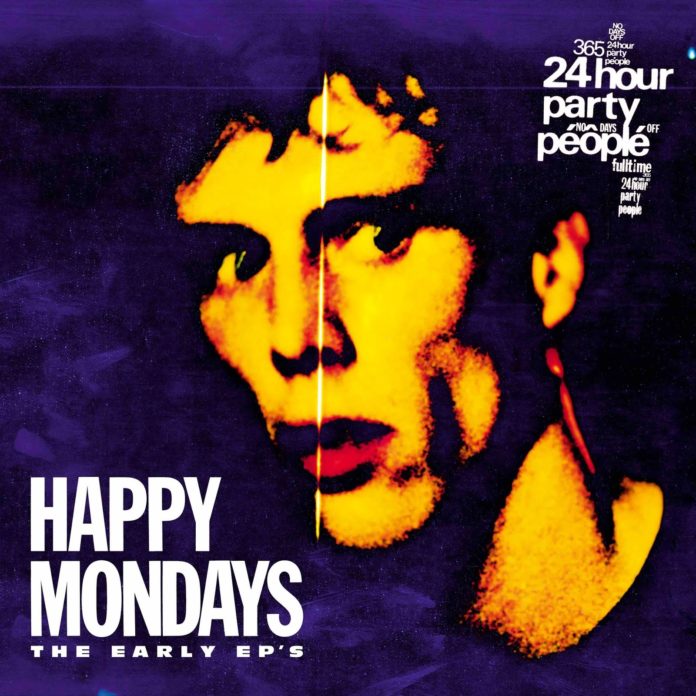 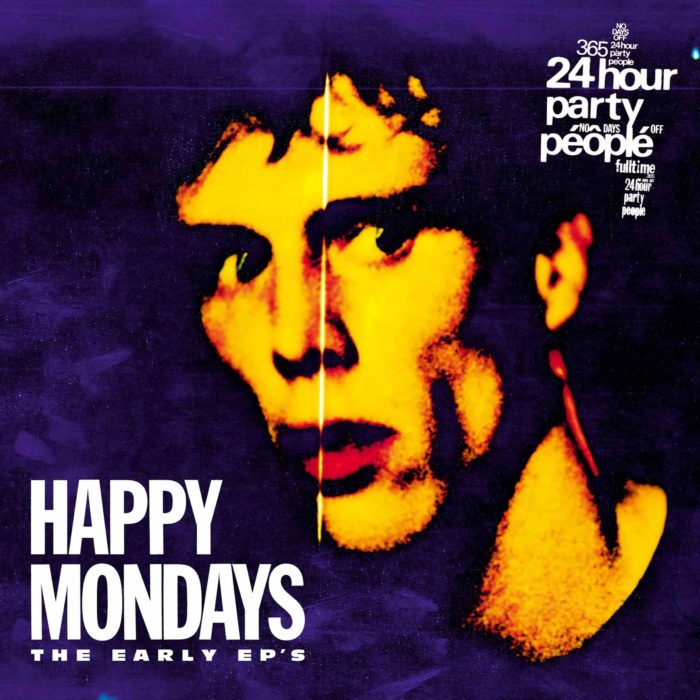 Drugs. Freaky dancing. Hacienda. Factory Records. Bez. Drugs again. Whips. Controversy. E. Iconography. Happy Mondays are one of those seminal bands where once you invoke their name you are instantly speeding through a thousand images. Shaun Ryder hanging off a giant E for a photo shoot. Bez shaking his maracas. Rowetta seductively swinging a whip. Thanks to a shit load of documentaries we think we know the story yet one thing is often overlooked and that is the bands sheer quality of musical output and their ever evolving influence on pop music. Happy Mondays were all the things mentioned but they were also the funkiest and tightest alt-indie band this side of The Blockheads. In Gaz Whelan and Paul Ryder they had a rhythm section that was fluid and addictive bringing the blurred edges and shimmying vision of an acid trip into the heart of working class street life. Mark Day’s guitar lines painted bright colours without being garish or vulgar and Paul Davis’ keyboard lines sprinkled the stabs of disco friendly dust throughout…and then you have Shaun Ryder. Shaun was and remains a lyricist of the highest order with his pop culture street slang creating poetry that was Beat and beat. Rhymes for the underclass.

Thinking of Happy Mondays you imagine them fully formed so it is exciting to revisit these early EPs and find a band working their way towards an individual identity. The band we know and love are not there yet. Early songs like Delightful and This Feeling see a band still entrenched in the jingle jangle of 80s indie. Decent enough but not the idiosyncratic Mondays many of us would gravitate to. No genres being bent and walls being broken. If the band had just followed this path they may have had a decent enough following and maybe done a Peel session but you doubt you would be still writing about them in 2019. Lucky for us then Happy Mondays are a band that were restless and eager to develop. Maybe out of an absolute inherent belief in their abilities or basically the fact that the band had to keep going as they had nothing else. Luckily for us Happy Mondays were quick in their evolution and when we land on the ‘Tart Tart’ EP we are greeted with a rush of ideas and ambition. Tart Tart still sends shivers up the spine with its otherworldly guitar intro and then the storming of the gates declaration that is Whelan and Ryder (Paul) bullying their way into the song and into our consciousness. The intro goes round for a while before the band lock in to one of the funkiest tracks you could ever wish to hear (it is obvious why later on in their career the band would work with Tina Weymouth and Chris Frantz from Talking Heads as the bands definitely share a DNA). Tart Tart is also the moment where we get the classic Shaun Ryder. Ryder’s lyrics are fantasy and reality blurring in to one. Surrealist takes on gritty realism. Hilarious yet disturbing. This is where the band take off for the stratosphere.

The trajectory is now unstoppable as we hit 24hr Party People. Band now working with John Cale and all of them fully confident in their role and the mission. 24hr Party People will become the bands (first) anthem and of course the title of gonzo Steve Coogan starring film about Factory Records. It is a song as mission statement and call to arms. The band are firing on all cylinders and Ryder sneers and snarls his delivery telling us we better join the same team or we are going to be getting left behind. Again it is Whelan and Paul Ryder that drive the song into your heart and soul but special mention must go to Day’s strutting guitar and Davis’ pure house music keyboard stabs. Yahoo follows and is another sign of what the band would go on to refine on albums Bummed and Pills, Thrills and Bellyaches with its groove and swagger.

Being a music fan shouldn’t be about an instant hit. There are very few iconic bands whose sound is definitive on their first releases and as a fan of music we love nothing more than seeing a band evolve and grow in stature and confidence. The Early EPs gives us another chance to see past the imagery and headlines and focus on the most vital aspect and that is the music. Here we are given another chance to admire the relentless outpouring of ideas and Happy Mondays’ cribbing and blending of a thousand musical influences until they land on an identity that is unique to them. No one sounds like Happy Mondays and no one ever really will so grab this collection and start from the beginning for this is a ride worth taking once more.