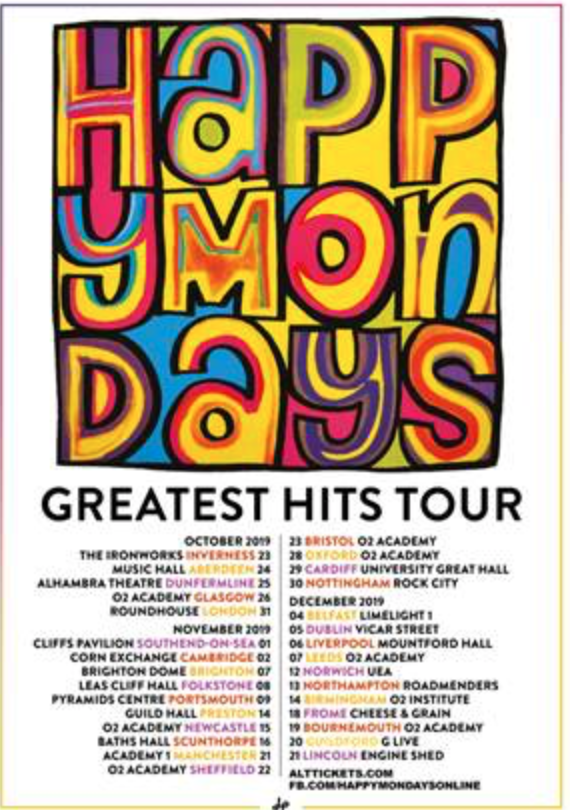 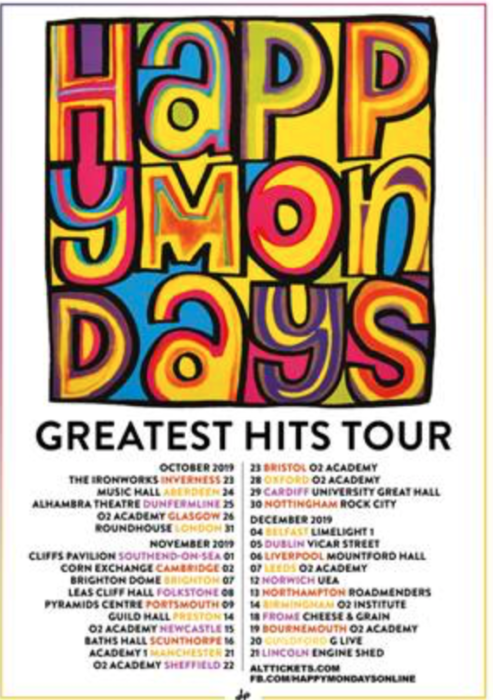 The tour begins on 23rd October and ends on 21st December, stopping off along the way London’s Roundhouse on 31stOctober.

Happy Mondays frontman Shaun Ryder said, “Be great to be back out on the road with Happy Mondays for some pre-Christmas partying!! Looking forward to playing all the hits and more at these shows.”

Bez said, “Really excited and looking forward to the Happy Mondays tour – can’t wait to do some freaky dancing.”

Rowetta added, “I’m really looking forward to this tour, almost 30 years since I first got on stage with the Mondays. The band and the fans are like family to me and I still love singing these songs as much as I did in 1990.”

After signing to Tony Wilson’s Factory Records, the late ‘80s saw the Happy Mondays become the pioneers of the Madchester sound, as they blended their love of funk, rock, psychedelia and house with the sounds of the UK’s emerging rave scene.

The band’s third album, 1990’s platinum-selling ‘Pills ‘n’ Thrills And Bellyaches’, led to the Happy Mondays crossing over into the mainstream to become icons of Britain’s biggest cultural phenomenon for a generation.

In 2016, the Happy Mondays won the Ivor Novello’s Inspiration Award, further cementing their reputation as one of Britain’s most influential and loved bands.

The full list of tour dates is as follows:

A ticket presale through all of the tour’s venues will take place from 10.00am on Wednesday, 20th February.

Tickets go on general sale at 10.00am on Friday, 22nd February, available from  https://www.alttickets.com/happy-mondays-tickets