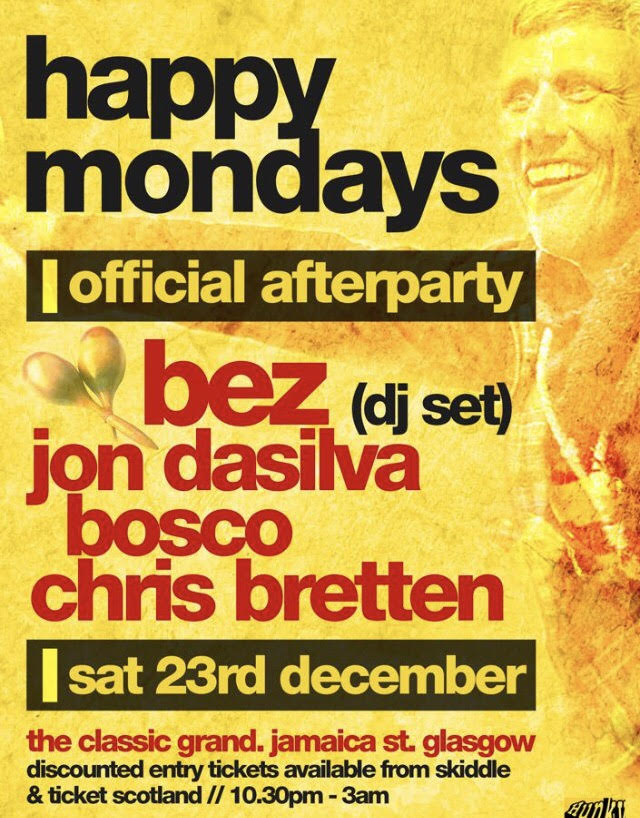 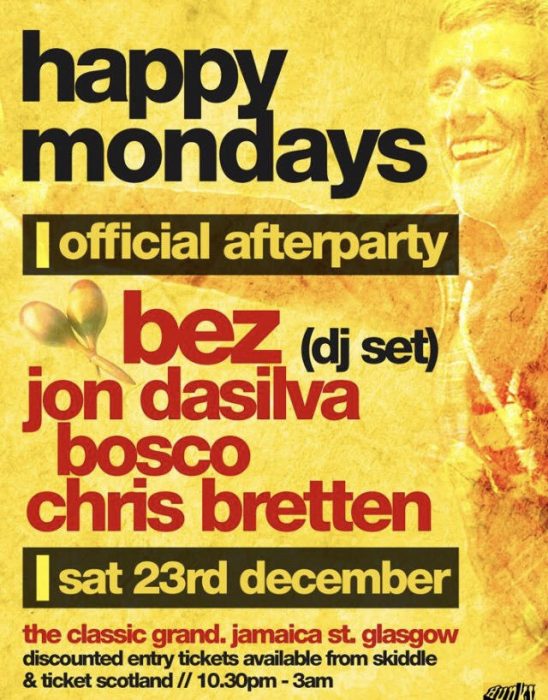 As Happy Mondays take their UK tour north of the border Hunky Dory promotions announce the bands official after shows in Glasgow and Kilmarnock. Which will feature DJ sets from both Bez and Jon Dasilva at the Glasgow gig after show event at the Classic Grand/Jamaica street this Saturday night.

Staged by Hunky Dory, the promotion company of ex Factory Records Tracey Donnelly. Sister of Gio-Goi creators The Donnelly Brothers she worked alongside Tony Wilson during the 80’s/90’s on bands like Happy Mondays, New Order and James, they’ll be a definite Madchester buzz about these after show events. Making them nights to remember as Happy Mondays agent provocateur and vibe master Bez takes to the decks himself to rock Glasgow’s Classic Grand venue this Saturday/23rd of Dec (also featuring Tam Coyle DJ’n the indie room).

With the Kilmarnock after show again featuring Jon Dasilva, who also plays as support to the Mondays at the shows themselves he heads the night up alongside DJ’s Bosco and Tight Red Afro, which will go down on the 22nd of Dec at the cities Rock Diner & Aces venue til 2pm.

check the flyer out below for Kilmarnock after show.. 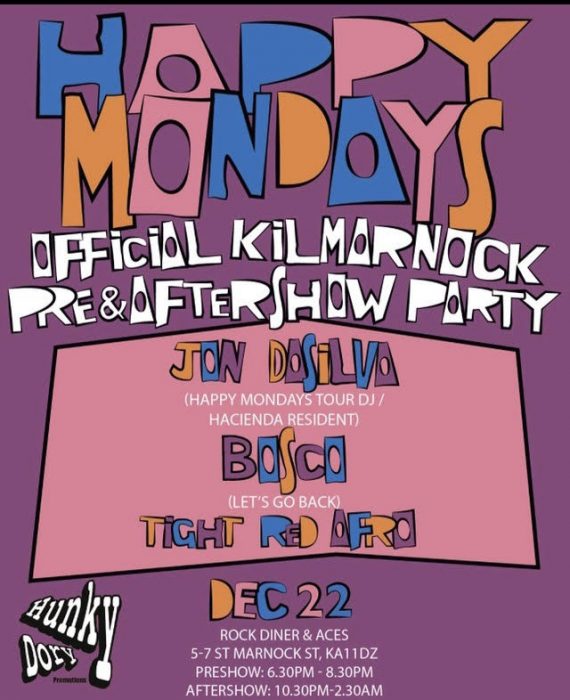 or go to Skiddle – https://www.skiddle.com/whats-on/Glasgow/The-Classic-Grand/OFFICIAL-Glasgow-Happy-Mondays-After-Show-Party-with-BEZ/13054621/ 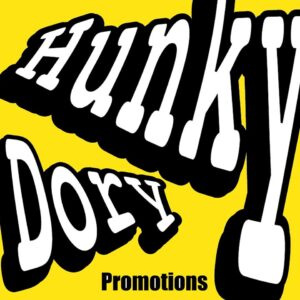