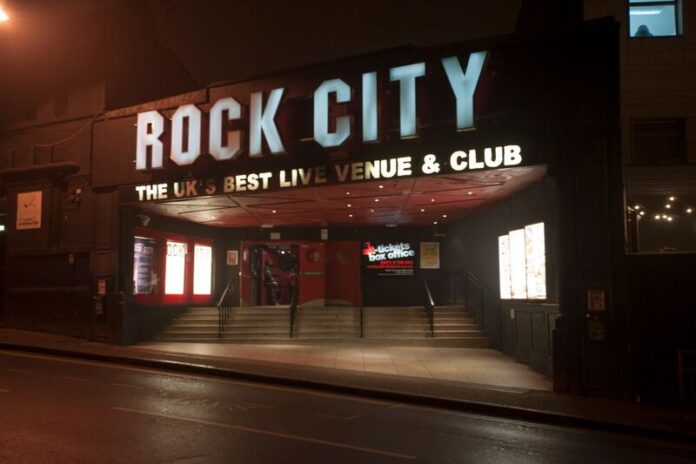 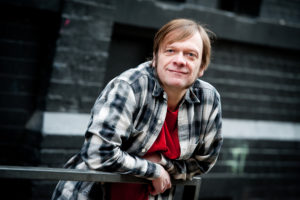 Public Enemy debuted Bring the Noise there and Frank Turner loves playing there – in fact there are few bands or artists on the circuit today that haven’t played, or dream of playing, Nottingham’s iconic Rock City.

Celebrating 35 years in the business this December, Louder Than War editor Sarah Lay talked to Anton Lockwood, Head of Promotions, about the history of the venue and how it keeps getting stronger in a tough climate for live music.

Every live music venue is witness to moments of musical history – the first time mates from school get out of the garage and play in front of other people, the band destined for chart-topping headlining stage for the first time, a rendition of some song that is somehow more magical in that moment.

But in 35 years of business Nottingham’s iconic Rock City has perhaps seen more legendary live moments than most. Including the night Public Enemy debuted a certain jam.

Chuck D remembers, “We were wondering what we were going to put in the set for Rock City back in 1987 and we decided to play this jam we made for the first time. We decided to play it first, because we knew the crowd were gonna be hype regardless, so you know you can’t lose. The name of the song was Bring The Noise and the Nottingham crowd went bonkers. We was like, oh, shit!”

Head of Promotions for Rock City, and long-time music lover of the local scene, Anton Lockwood also remembers that night: “Despite the name, and we do always get someone going ‘Where’s the rock? It’s Rock City!’, we have always had diversity.

“We’ve had rock bands and that is a big part of the history, but back in the day there were the funk and soul all-dayers, the birth of hip hop in the UK centred on Rock City. And yeah, the first time Public Enemy played Bring the Noise was at Rock City.

“There’s always been a diversity, and the club nights, very important to us commercially but it’s also very important to us culturally. Rock City on a Saturday night – anyone vaguely ‘alternative’ within 50 miles of Nottingham has probably been there! There’s a huge community around that.”

Rock City is just one of a circuit of venues in Nottingham now – from the huge capacity of the Arena through to smaller venues like the Rescue Rooms, Bodega and The Maze and eclectic mix of spaces including JT Soar and The Jam Cafe. But when it opened in 1980 the live music scene was a very different place, not just in Nottingham but across the UK.

Anton said, “What you have to understand is that at the time it was very different. Now you have Academys and all that but back then there weren’t music venues. There was either the council and city hall type venues or just random pubs and clubs.

“When Led Zep played Nottingham it was at the Boat Club – that kind of circuit touring venue we know now didn’t exist. It was either putting shows on in townie nightclubs, or using the municipal concert hall or whatever leisure centre.

“Rock City it was reasonably groundbreaking at the time. Probably Rock City, The Leadmill, and the Barrowlands in Glasgow that broke onto the scene.”

And on the 5 December 2015 it will be 35 years since the venue opened its doors. Anton said, “Iron Maiden were booked to open and then there were some technical problems so it didn’t happen and the Undertones were the first show.

“But anyone who’s anyone has always come through Rock City. I can certainly remember going to see The Cure there as a fan, the show that sold out in a heartbeat. REM in 1984, famously recorded by the BBC and you can still listen to that show. Another one, which wasn’t sold out at the time but probably a big moment, was Guns n Roses played one of their first UK shows at Rock City. Nirvana played and Oasis played on the Definitely Maybe tour.

“Some pretty iconic shows and that’s still continuing. Rudimental have just confirmed and there’s nothing much bigger than them right now. Royal Blood played back in March. Bands are still coming and selling it out – they’ll be the legends of the future just as Ozzy Osbourne or whoever are the legends of the past.”

Frank Turner says it ‘basically the best venue and the most fun in the universe’; Spider Stacy of The Pogues says ‘it’s one of the best venues in the UK. The atmosphere and the audience are always fantastic’; while The Klaxons cite it as being fundamental in their formation thanks to the indie club nights.

But which band keeps coming back for more? According to Shed Seven the backstage guestbook holds the answer – and after a count-up one year pre-gig they declared Spear of Destiny were the band to beat for most performances.

Can Anton corroborate Rick Witter’s assertion? “I don’t know about that! Shed Seven have definitely been back a lot. But Kirk Brandon in his various incarnations has been there a lot.

“When I came to Nottingham Uni in 1984 I chose it because of Rock City and the local music scene. I remember going to watch Spear of Destiny in the main hall and they’re still regular visitors whether as Spear of Destiny, or Theatre of Hate, or any of his many incarnations.

“There’s got to be some other people close. Ginger Wildheart has got to be up there.”

The book for most played remains open  – I ask Anton what next for Rock City? Will the venue still be there in another 35 years?

He said: “We’ll keep going. We’re all about development and new music and being creative and trying new things and continuously looking at how to make things better. We’ll keep moving on, adding things, improving things.”

And while they do the bands and audiences will keep coming back. Happy Birthday Rock City!

Rock City celebrates turning 35 with a month of special gigs throughout December – check their website for details. And share your memories of the venue with us in the comments below, on Facebook or on Twitter.

Pick up a copy of Louder Than War magazine in WHSmith, independent newsagents or online (order here now) from 7 December for a feature on Nottingham’s music scene. Keep an eye on the website for live reviews from some of the venue’s birthday gigs.

Interview by Sarah Lay. Sarah is Editor at Louder Than War and you can find her on Twitter or her words about music here.