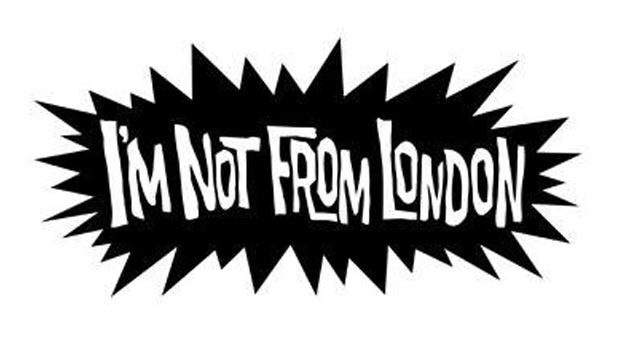 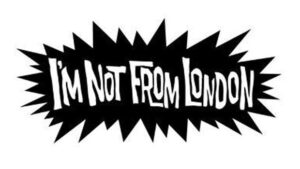 For a small city, Nottingham has an absolute bonanza of quality record labels. From Gringo and Earache to Hello Thor and Mountains of Records, Notts has DIY and indie outfits serving every genre imaginable. With one of the best, I’m Not From London, celebrating its 10th birthday this year, Louder Than War takes a look at a label, which has often been compared to the legendary Manc outfit – Factory Records.

Over the last decade, I’m Not From London Records (INFL) have become an integral part of what makes Nottingham one of the most exciting and musically diverse cities in the UK.
With releases ranging from the extreme noisiness of Baby Godzilla (now known as Heck. Thanks Toho inc.), the doomed keyboard romanticism of Practical Lovers, and the glorious twisted pop oddness of Captain Dangerous, INFL have dabbled in most music genres over their ten year history. There’s even been the establishment of a sister label, Wire and Wool, to specifically cover the alt-folk/weirdy-blues part of the musical spectrum. 94 Gunships recent Dead Bees EP, is a particular W&W delight, and well worth a listen.

As well as being a record label, INFL also boasts a publishing arm, and are one of the most prolific gig promotion outfits in Notts. In-fact, hardly a week goes by when there isn’t a INFL event happening somewhere in the city. Be it an evening of low key musical strangeness at The Alley Café (a double header featuring former Biff! Bang! Pow! drummer Ken Popple on acoustic guitar and wheezy organ, followed by the stark, hypnotic beauty of Thin Raft, lives long in the memory), or larger live event endeavours such the Hockley Hustle or Waterfront festival – INFL are there, giving musicians of every stripe an opportunity to play in front of a (sometimes) paying audience, get valuable gigging experience and maybe, just maybe, build a fan base.

So, who are I’m Not From London? From humble beginnings as a gig promoter in the mid noughties, William Robinson is the driving force behind the label and is perhaps to INFL, what Tony Wilson was to Factory Records – a frenetic, idealistic force of nature. However, just as Wilson had people like Rob Gretton, Alan Erasmus and Peter Saville to help shape and guide his vision, Will Robinson has the talents of Pat Cannon, Miles Clark, plus many more, to help roadmap the direction and purpose of INFM.
This mix of individuals has infused the label with a can-do/try-anything attitude, and a notion that art and ideas are perhaps more important than just the pursuit of monetary profit. This doctrine of putting the music/musicians and not the cashola first, and the fact that INFL tirelessly promote the living shit out of everything that’s great about Nottingham, makes the label an absolute force for good. Let’s face it, in these horribly cynical times, there’s not many things you can say that about.

As you’d expect, with 2015 marking their 10th birthday, INFL have a couple of special events in the pipeline to help celebrate this milestone.
The first, is a two day festival on September 12th and 13th entitled Outstanding (in a field). With Scorzayze confirmed as the Saturday night headliner, this two day shindig promises to be a celebration of Nottingham music, food and drink that you’d be mad to miss.
The second event, is the Kickstarter funded release of a very special, double vinyl compilation album entitled ‘A Decade of Distortion’. If you’re a INFL virgin, this compilation is the ideal gateway of discovery for a record label that prizes variety, oozes quality, and absolutely deserves a place in your collection. Come on now, what deserves your Kickstarter cash more? An illustrated guide about the many interstellar sexual conquests of Star Trek’s Captain James T. Kirk – entitled ‘Ladies of Kirk’ (yes, I’m fucking serious), or an album that’ll make you weep at the sheer wonder of it all? You decide.

Anyway, Happy Birthday I’m Not From London. Here’s to the next ten years of musical adventures!

Outstanding (in a field) takes place on the 12th and 13th September. Details and tickets are available here.

The Kickstarter campaign for ‘A Decade of Distortion’ compilation LP, can be found here.