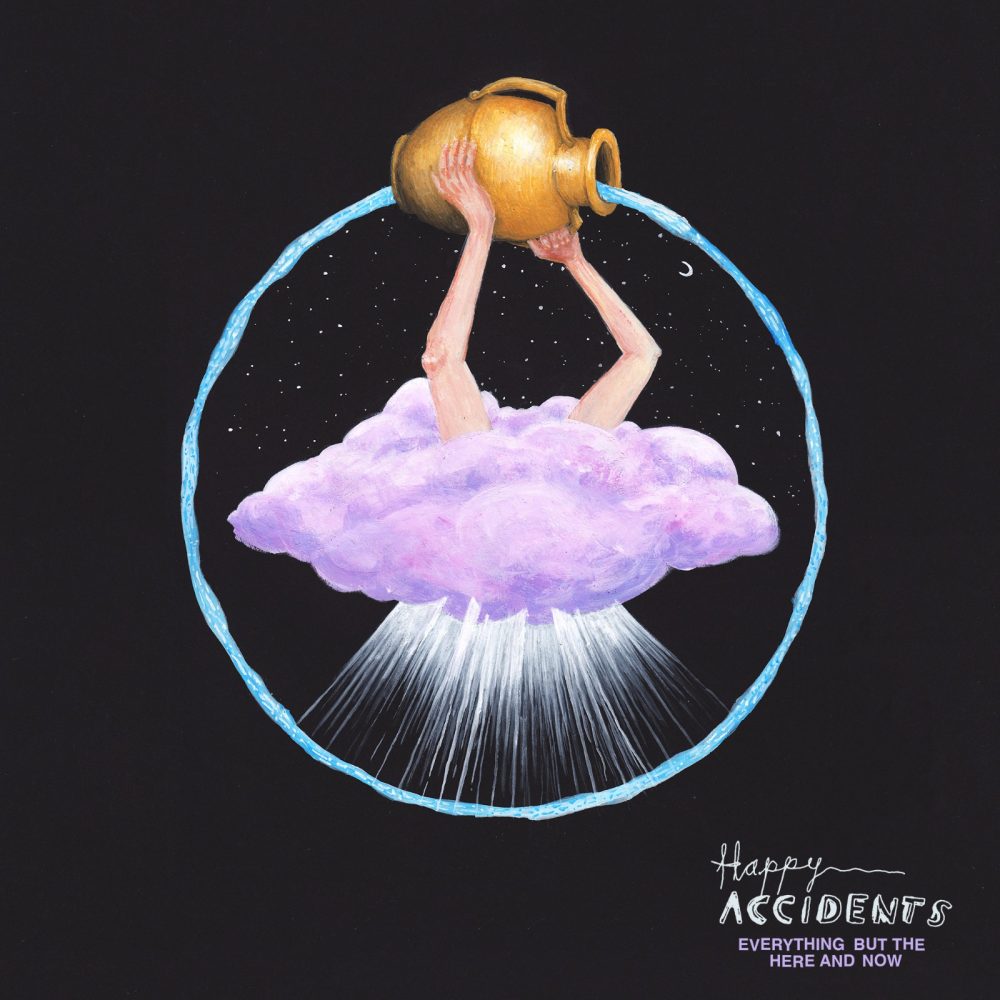 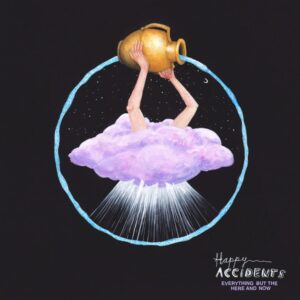 Happy Accidents – Everything but the Here and Now (Alcopop! Records)

London indie-pop three-piece Happy Accidents out do themselves on their notoriously difficult second album. Louder Than War’s Dave Beech reviews.

Much like its predecessor, Everything But the Here and Now is a record built around everyday experiences and anxieties. But while 2016’s You Might Be Right was a deliciously DIY affair, its follow-up feels fuller, and more expansive, something that stems from a number of factors.

Both the production (this time coming courtesy of Hookworms’ MJ) and the instrumentation have been fleshed out, resulting in a record that feels both airy and expansive yet beautifully intimate, while drummer Phoebe stepping up to join Rich on lead vocal duties adds even further depth to an already rich sonic palette.

As such, Everything but the Here and Now marks an adventurous step forward for Happy Accidents. The likes of ‘Text Me When You’re Home’, ‘Sink’ and the fitting-titled ‘Float’ all show off a cerebral, almost ephemeral side to the band that wasn’t present on their debut, as if the addition of Phoebe’s vocal has allowed the band to go transcend the DIY punk band in to something that’s, at times, staggeringly pretty.

Of course, there’s still plenty of the first record’s fuzzed-up indie-pop at play too; the opening three tracks alone are built around crashing cymbals, jangly guitars and sugar-sweet vocal harmonies, while the loping likes of ‘Unwind’ are made for singalongs in basement clubs up and down the country.

Second albums are supposed to be notoriously difficult, Happy Accidents have not only made it look easy, but have managed to set the bar for what a second album should be even higher. While not a complete departure from their debut, Everything but the Here and Now takes the rough and ready foundations laid by You Might Be Right, and improves on it in every possible way. From subtle washes of synth, to singsong duality of Phoebe and Rich’s vocal parts, it’s everything one could want from a second album and then some. Staggering stuff.