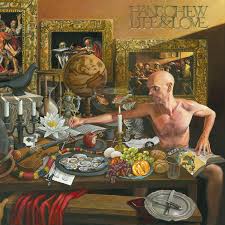 Hans Chew: Life and Love (At The Helm Records)

It’s taken four years for Hans Chew to unleash his barn-storming second album. Steve Swift is blown away by Life and Love’s energy, chutzpah and the sound of an artist and band at their peak.

A full four years since his last album, Tennessee and Other Stories, Hans Chew has finally released its sequel and you can tell – in the song craft, the production and the sheer pent-up energy – that Life and Love is more than just a collection of songs but a coalescing of influences that comes together as a focussed and coherent statement of intent.

“My grandfather sang harmony in a Nashville gospel quartet and taught me that ‘high-lonesome sound’. While my mother turned me on to Hendrix and the Stones, my father only listened to classical music: I knew Beethoven’s Fifth before Led Zeppelin’s fourth.”

He’s a valued collaborator and has played with roots pioneers Jack Rose, Hiss Golden Messenger and D. Charles Speer and the Helix. Mainly, though, he’s a bogglingly impressive grand piano player. I’ve seen him play to a sparse room like the gig might be his last; when he pulls up the stool he seems to merge with the instrument, he makes it talk and it makes him sing.

A southerner now living in New York, Chew’s second LP is a massive step up. His music is still rooted in tradition – a barrel-house boogie married with the blues, gospel, Latin and southern rock influences. What sets this release apart from its predecessor is the ambition of the songs and the coming together of a barn-storming backing band.

As much as it showcases Chew’s startling keyboards, this is also a guitar album. Dave Cavallo’s Telecaster (‘Mercy’) peels off a series of running melodies that add weight and complexity and the regular duelling between guitar and keyboard is a real feature; Jesse Wallace’s drumming (‘The Supplanter’s Song’) is unhinged to the point of meltdown and Chew’s voice seems to have widened in range, Robert Plant one moment, Little Richard the next.

The songs themselves are disarmingly autobiographical. Whereas Tennessee and Other Stories took us on a geographical journey, Life and  Love is reflective of a personal quest towards happiness and stability. This is a man who’s clearly lived a bit, poured himself into his music and, with these songs, mapped out a way of living and loving:-

“I don’t think I can write you a great love song
Words too weak and feelings too strong
Maybe instead, I can just finish you this one
Begin at the part where we started so small” (Love).

The album has a thrilling, in the moment production feel but a depth to the song-writing and arrangements that stand up to repeated listening. It also comes with the most eye-opening artwork of any album you’re likely to see all year, courtesy of Melodie Provenzano.

Hans Chew and his band are playing the Truck Festival in July, together with other UK dates.  See Hans Chew.com for details. Find him on Facebook and Twitter.

All words by Steve Swift, find his Louder The War archive here and on Twitter.