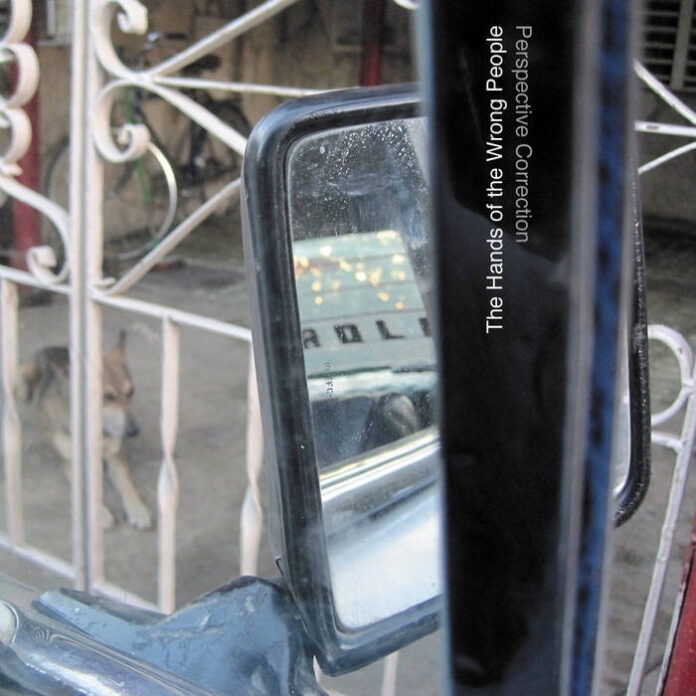 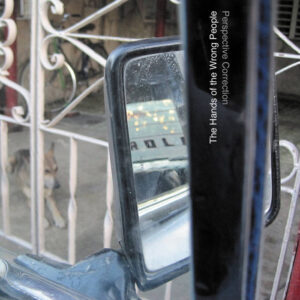 The Hands Of The Wrong People – Perspective Correction

In the follow up to 2011s Proportions album, The Hands Of The Wrong People lay down eleven cracking tracks in an album that could well just pass you by has its quality not be brought to your attention. The trio of Pius Fox on bass (and what an impressive bass), Dominic Hislop on guitars and Jo Wetzels on drums make up a German/Scottish/Belgian collaboration revelling in a sound that meets somewhere along the New Order/Manics/Stereophonics highway.

Their sound is pleasing, more than pleasing. It’s accomplished and sounds are well-written and incredibly well arranged. Mixed and mastered by Ron Harrity, the three instruments have equal footing and blend with each other nicely.

On album opener, Sauntering the New Order comparison is easy to see, and like the Mancunian legends it bounds along with ‘that’ bass and a hook which is firmly with you before any words enter the fray. Second track too, the bizarrely entitled Soapy Bubble takes on a more pseudo-funky style with a great drum loop. It is, my friends, jolly good stuff.

What The Hands Of The Wrong People are very capable of doing is approaching songs in many differing styles as the run up to the album end proves. Face Press sees the band go all Indie on us, almost Blur-like guitars and pseudo-laziness, it’s a simple but effective hook which resonates for some time after hearing.

There’s a great feel to Spotlight, a pretty commercial affair which yet again carries the bands ability to knock out a great melody and hook line. One gets the feeling that they’re quite a proposition live.

Closer, You Are Right sees the mood take a complete downward turn. A lovely hymn-like track with shimmering cymbals and an ever increasing percussive stream. Perspective Correction is an entertaining album to say the least, lots of fresh and appealing tracks each one with a hook which propels it further.

The Hands Of The Wrong People have a website here: thehandsofthewrongpeople.org. and can be liked on Facebook.