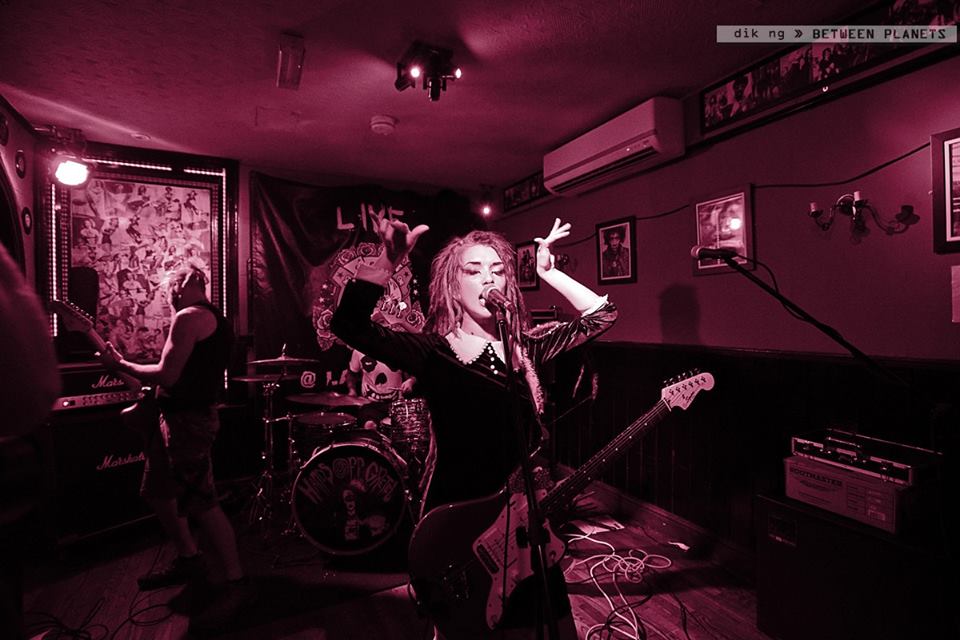 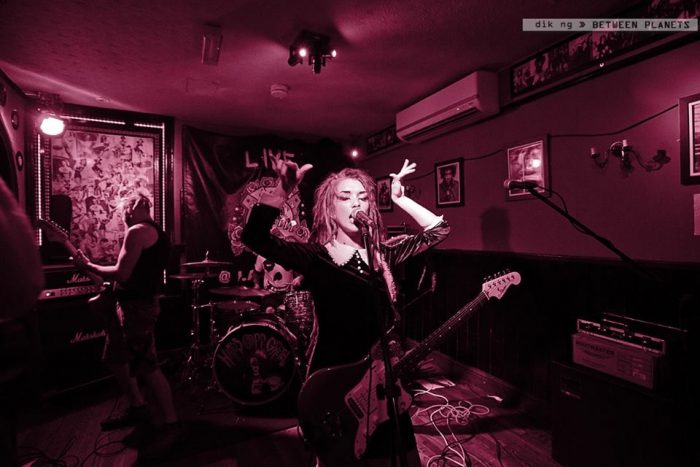 Would Hands Off Gretel live up to Ged Babeys sky-high expectations live after his frankly bizarre album review?  Lets find out readers….

The most exciting, new, touring band in the UK ?  I think so. As far as onstage energy and having a singer who has a luminous star quality and a voice to match, is concerned, then Hands Off Gretel are it.

This tour, to promote their debut album will go down as historic, in that, if things work out like they should, then they won’t be playing smaller venues like this for long. It is a fluke though when bands like this do ‘break through’ to the mainstream and even then, it takes a lot of behind the scenes work and industry money. In the meantime though, let’s just relish the fact that Hands Off Gretel are here and now, playing great small venues like Talking Heads and are so ‘accessible’.

With her mum on bodyguard duty Lauren and the band happily talk to audience members, sign stuff and pose for photos and are the loveliest people..(not good for their ‘image’ really I know.) Lauren smiles constantly and her and Sean watch all the support acts from the dancefloor (which shouldn’t be unusual, but is) whilst the other two man the merch stall.

With the most deceptively awful name in years, Yur Mum are from London, and are a three piece blues-rock-indie power-trio fronted by singing bassist Annaliese.  She is the focal point and has a great big, fat burring bass-sound and real presence. Her voice is stronger than you’d imagine from her skinny build and she ‘rocks’.  The bit-too-trad fretwork from the guitarist and solid but rigid drummer bring them down to ‘contender’ status unfortunately, but they are a band to watch out for. (Facebook)

Local longhairs Mother of Pearl seemed just too identikit metallic grunge for me, but went down well with the younger section of the audience… and will prove me wrong by becoming hugely successful.

Hands Off Gretel forgo any intro tape or dramatic entrance, just plug-in, fiddle about, say hello and get on with it.  The guitarists bob and weave, Lauren smiles and sings and flails her dreads and the overall impression is one of a band who are having a lot of fun as they entertain.  They rock, basically, with an energy and vitality that few bands, even of their age, have. 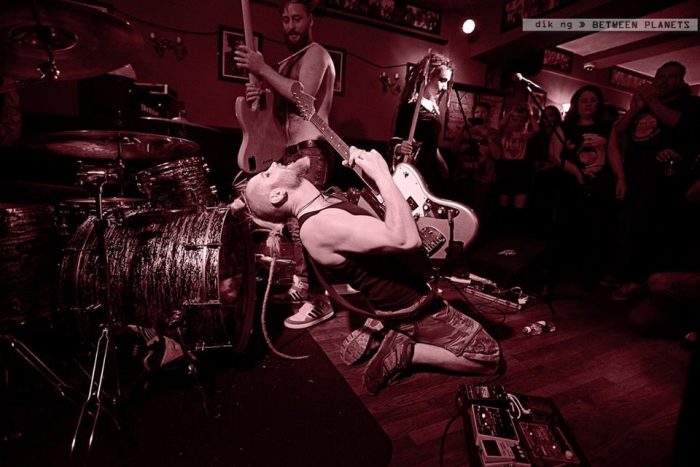 That is the vital contradictory essence of Hands Off Gretel, the songs are screamage ass-kickers full of angst, alienation and anger, yet the band are so happy, healthy and vibrant, Big-eyed and bushy-haired in Laurens case- and the guitar-players are covered in a serious amount of Oddbod-type chest-hair.

There is no getting away from the Hole/Nirvana type dynamics of HoG live, but it makes it instantly accessible and easy on the ear.  The physical danger of Daisy Chainsaw, lurching insanity of Silverfish and punishing intensity of Babes In Toyland (or Lydia Lunch in whatever incarnation) is not there when Hands Off Gretel play -and I wouldn’t want it to be. Hands Off Gretel are a New Thing.  A young, bright, pop-band basically who should have a teenage audience.  They don’t need to be weighed-down with comparisons to old bands and the expectations of old gits like me.

Hands off Gretel turn teenage angst into energy.  They turn pain and anger into a musical release.  They turn  self-exorcism into fun and noise.   Lauren is the eye of the hurricane, but this is a great band. 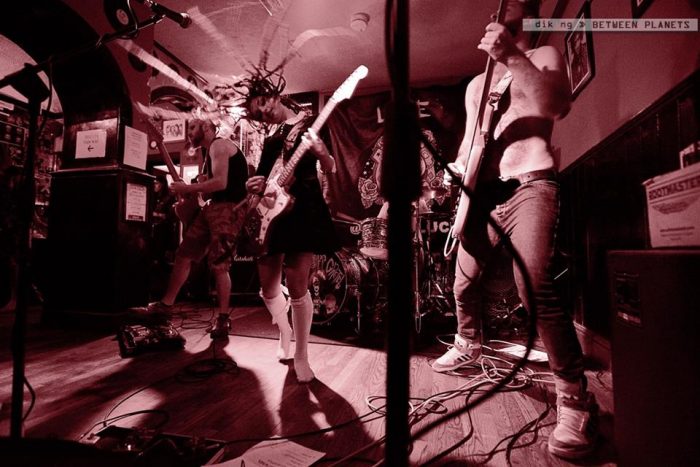 All words Ged Babey. All photos Dik Ng (Between Planets). NB Photos are from the Canterbury gig a few days before the Southampton one, but so cool, they had to be used.