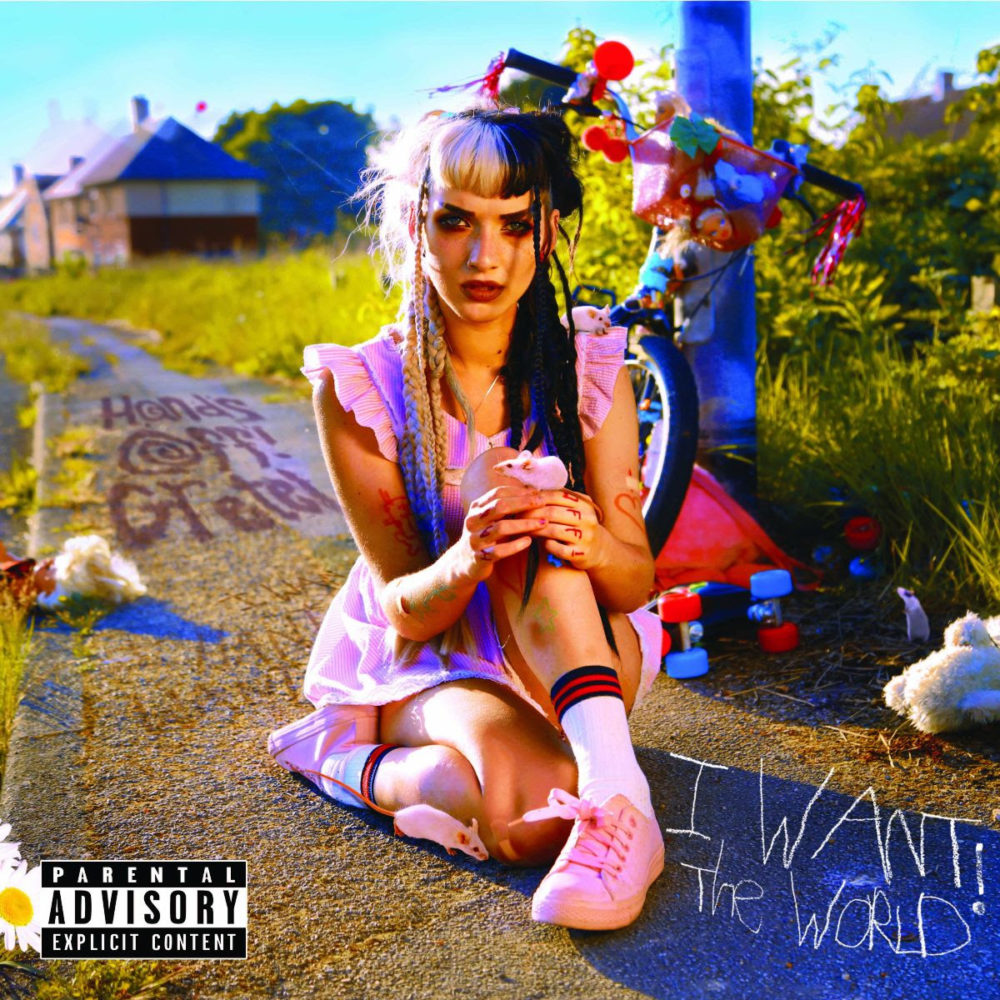 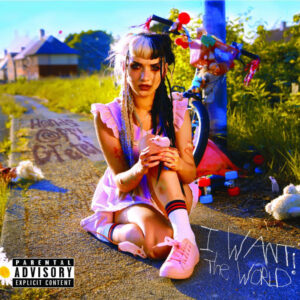 I Want The World

Hands Off Gretel’s second album sees the band employing big sound production alongside infectious pop hooks and heartfelt punky angst. With twelve songs and a running time of 42 minutes, I Want The World is short, razor sharp and tunefully to the point.

Despite being some four years into their career, figurehead Lauren Tate is barely out of her teens yet writes with an engaging bile-ridden wisdom that Courtney Love or Brody Dalle would be highly envious of. There’s plenty of vim and vigour on display and it’s doused with generous helpings of piss and vinegar. But, beneath the often shouty and overdriven swagger, is a quartet who are not afraid to embrace disciplined restraint and a highly catchy top line. More importantly, the band manage to do all of the above on their own terms. The DIY ethos is at the core of this group. From funding this very release, deciding its sonic signature and then putting it out on their own label (Puke Pop Records), Hands Off Gretel are collectively and constantly in the driver’s seat.

Slickly conceived and radio-friendly, one would be forgiven for assuming that a big named producer was recruited into the fold and the band dispatched to an LA studio that only the sale of bodily organs could afford. And, while it is true that the prestigious Monnow Valley Studio in Wales was used for the recording of I Want The World, the group oversaw every aspect of pre and post production of the album. Boasting one of the biggest live rooms in Europe, this album sounds like the band made use of every millimetre of space in the facility.

Kiss Me Girl, the opening track, begins with a ‘broken small combo’ guitar sound before being met by the onslaught of bulldozing drums, bodacious bass and layers of deftly delivered power chords. Tate’s vocals effortlessly take centre stage from the outset on this bacchanalian-infused tune. Loud, confident, raunchy and peppered with ear-worms, Kiss Me Girl sets the scene for what’s to come.

On S.A.S.S, despite its very ‘Hole-meets-L7’ chorus, the band make some welcome and non-standard journeys into subtle Middle Eastern territory during the verses and outro with Becky Baldwin’s bass anchoring the proceedings with groove and solidity in equal measure. Meanwhile, Sean Bon’s guitars take on an almost church organ-like delivery. These stylistic diversions add a touch of exoticism to group’s often Mid Atlantic leaning sound.

On Big Boy, the band employ fairground sound motifs that wouldn’t be out of place on a Mr. Bungle album. Exchanging their LA influences with Boston, Mass., It’s My Fault allows the quartet to summon their inner-Pixies to great effect while still retaining their own identity. The results are dreamy, lush and sometimes unnerving in the way that Frank Black & Co. are masters of.

I Want The World, the album’s title track, begins with the sound of a little girl’s voice complaining that her crown has just been stolen. Fast paced and oozing the feel and dynamics of The Distillers at their frantic best, the song focuses on the potential consequences of achieving lofty goals and questioning the integrity of hardwired desires such as wanting to appear on television.

The band shift gears stylistically with the dynamically ambitious and arpeggio-heavy Blame Myself. Featuring vocal harmonies aplenty, a brooding bridge, and a veritable scream-a-thon in the build-ups, this offering showcases the broad range the group.

Replacing her screams with a more controlled vocal delivery, Alien manages to merge 1980s ‘rawk ballad’ guitars (the Chorus FX pedal is back!) with seemingly disparate psychedelic and new wave influences that are glued together by reassuringly punky stabs and attitude. While this may sound like an aural patchwork quilt, these quirky components help to dilute the band’s overt influences and creates something that is at times weirdly wonderful. Freaks Like Us, strips the band’s sound back with deliberately played back drums, Joe Santiago-esque octave motifs on the guitar and some of the most impressive backing vocals on the album.

Adopting a quasi-Spanish flavour, Fingers points two of those very digits at women who “open their legs to rule the world”. Admonishing a friend, who the protagonist is in competition with, My Friend Says manages to parlay rivalry into a barbed hook and groove that recalls Marilyn Manson’s ‘The Beautiful People’. Rot, the dark closing track to the album, laments at the inevitable end of all good things. Which, is strangely fitting as I Want The World is a good thing and a captivating listen.

Hands Off Gretel skilfully weave melodic catchiness with raunchy punk without detracting from the band’s power. While the group wear their influences a little bit too proudly at times, and occasionally come across as a bit identikit to the artists they revere, they are at their best when they depart from this stylistic conveyor belt and go off piste musically. I Want The World is big sounding without coming across as over produced and the musicianship tightly focuses on supporting the songs. In Tate, they’ve got a voice and presence with a unique combination of snarl and sweetness. And that novel pairing extends beautifully to the band’s sound throughout this release.

I Want The World is released on 29 March 2019 and available via iTunes or Google Play.

Immerse yourself in all things Hands Off Gretel: