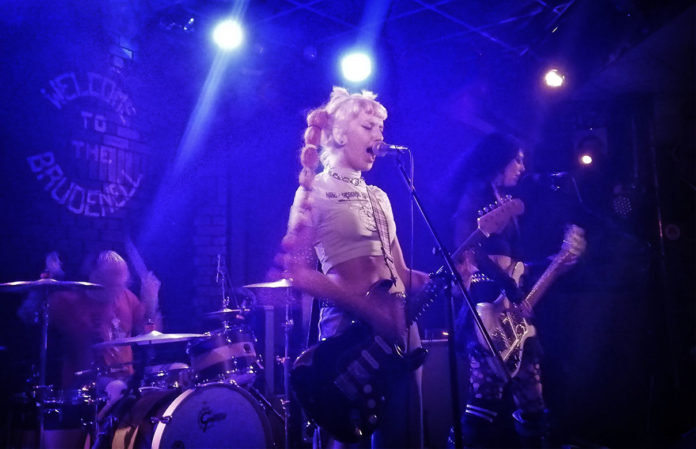 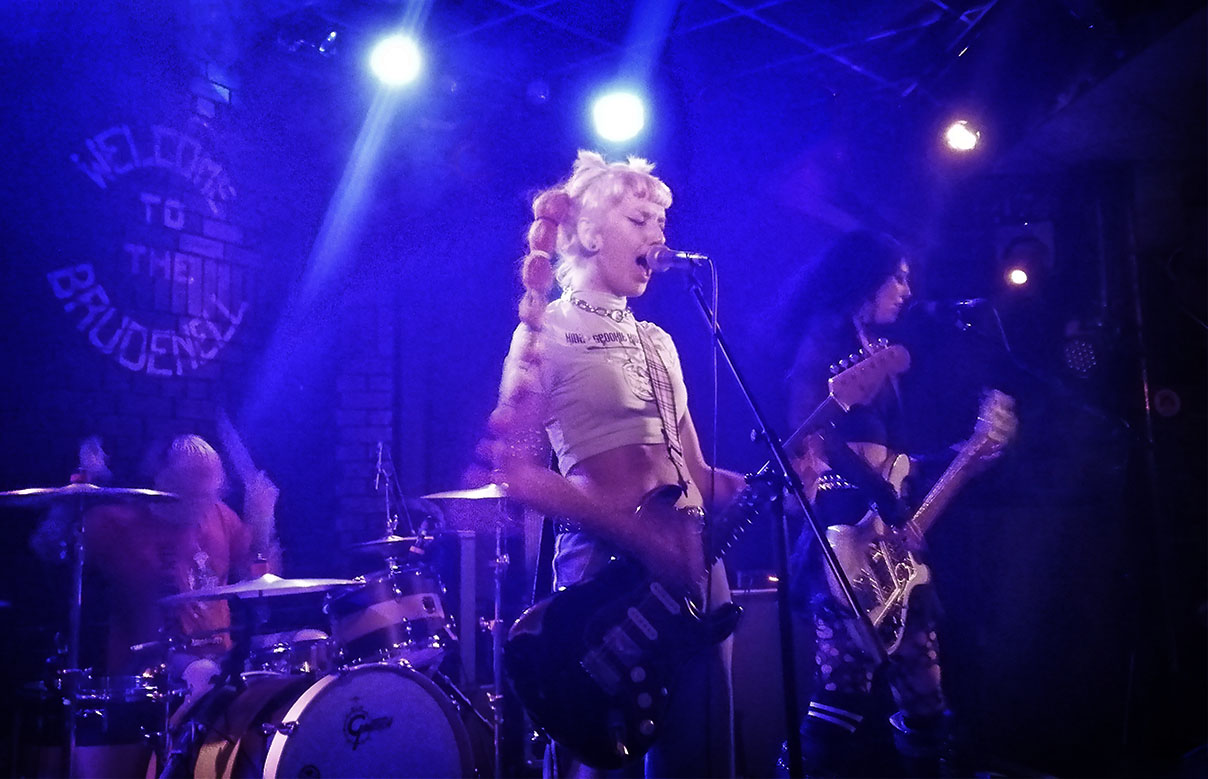 Andy Brown heads out to catch Hands Off Gretel at The Brudenell Social Club. The band bring their urgent punk to the iconic Leeds venue as part of their Don’t Touch tour and in support of their new, appropriately-titled, Angry EP.

Hands Off Gretel first came to my attention when I was lucky enough to stumble across their set at last year’s Kendal Calling festival. A truly blistering performance, the Barnsley based punks certainly left an impression. The band have been around since 2015 and released their second album, the wonderful I Want the World, last year. Clearly, I’ve been missing out.

I arrive at the Brudenell just in time for tonight’s first support act, Scarlet. The Liverpudlian four-piece play melodic, emotional indie-rock with the widescreen jangle-pop of ‘Anyway’ almost sounding like some great, long-lost Britpop single. Vocalist/ guitarist Jessie Robinson providing a moment of euphoric release as she sings over a suitably soaring melody, “I never needed you anyway”. A solid start to the evening.

Next, it’s Yorkshire’s very own Late Night Legacy. Old school rock with the same aversion to fully-buttoned shirts that plagued Robert Plant back in the seventies. The songs incorporate an Incubus-style funk that, for all the solo’s and strutting, doesn’t really hit home. It’s a style I’ve never really warmed to. Points have to be added however for an enthusiastic stage dive and a fun and unexpected take on the theme tune to The Fresh Prince of Bel-Air.

Guitarist Sean Bon jokes about the band attempting to make a subtle, dramatic entrance yet the kind of raw, heart-pounding punk delivered by Hands Off Gretel is more than enough excitement. They start as they mean to go on with the adrenaline rush of ‘Queen of the Universe’ and Lauren Tate’s revelation that, “today it occurred to me that/ I am the queen of the universe”.

Tate is firing on all cylinders from the very start, possessing one of the finest screams I’ve heard in years. The kind of throat-shredding howl you can feel in your bones. It’s the kind of scream that puts me in mind of Live Through This-era Hole. The perfect voice for these urgent and confrontational punk rock prayers.

The brilliantly ego-deflating bounce of ‘Big Boy’ finds Tate prowling the stage while the defiant and insanely catchy strut of S.A.S.S finds her on her knees screaming. Bassist Becky Baldwin throws herself headlong into every song as Sean Bon provides an endless stream of riffs. Sam Hobbins supplies some thunderous, Nevermind-worthy drumming.

This is music with a message, the bands songs exploring everything from sexism and sexuality to exploitation and feminism. The likes of ‘Freaks Like Us’ coming from a very personal place but purposefully designed to empower and inspire. ‘Milk’ sounds utterly fierce as it rails against animal cruelty with some of the heaviest riffs this side of Nirvana while the powerful ‘Don’t Touch Me’ is dedicated to all the girls that have been groped at a gig.

At one point Tate talks about her experience playing at male dominated punk festivals and how she felt out of place. Punk, she reminds us, is about meaning something deeply. Along with the likes of Dream Nails, ILL and Big Joanie, Hands Off Gretel are breathing new life into punk rock. They finish with a nod to their spiritual forebearers with a superb cover of The Stooges ‘I Wanna Be Your Dog’. The past may belong to Iggy and Co but there’s a whole batch of incredible bands ready to propel punk into the future.

All words and photo by Andy Brown, you can view his author profile here.