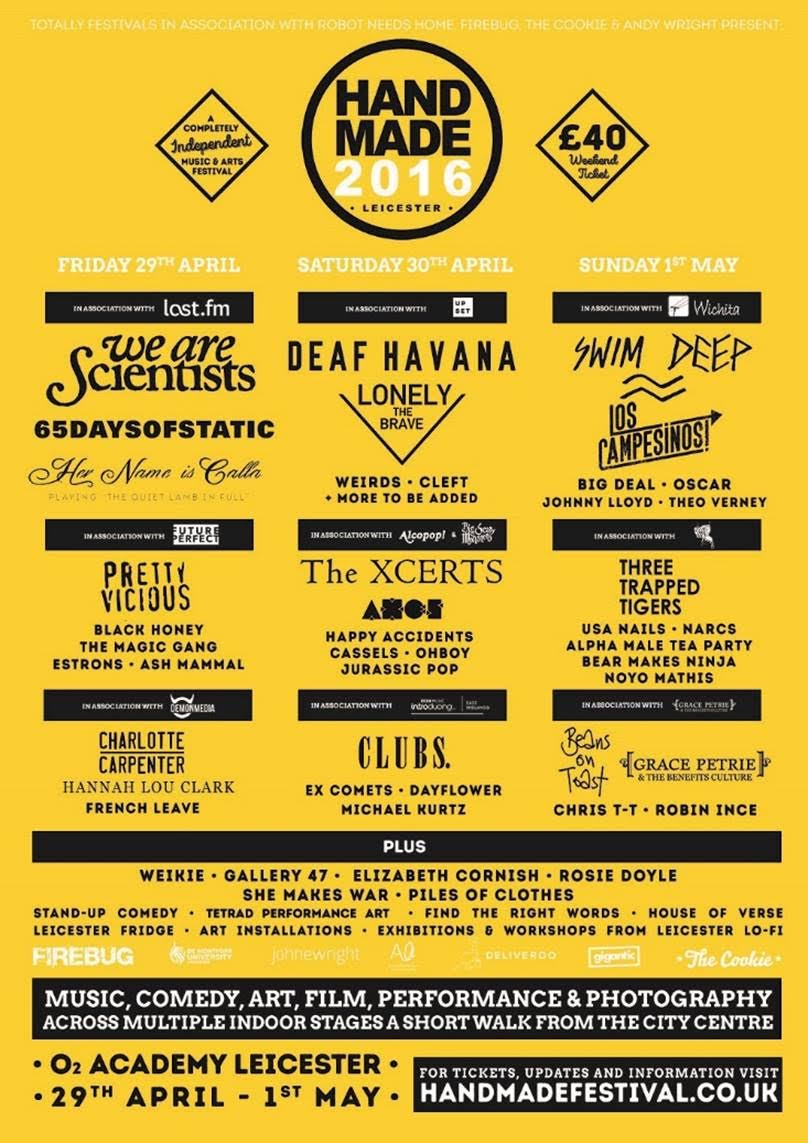 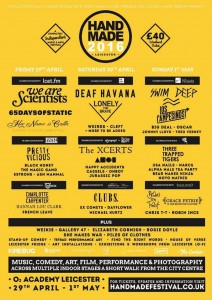 More acts have been announced on the line up for Handmade Festival, set to take place at the O2 in Leicester from 29 April to 1 May 2016.

Headlining the three days will be We Are Scientists, Deaf Havana and Swim Deep and they’ll be joined by acts including Three Trapped Tigers, 65DAYSOFSTATIC, Los Campesinos, Lonely the Brave, Beans on Toast and Bear Makes Ninja.

Music, comedy, art, film, performance and photography will be featured across three stages close to the city centre over the weekend.

The festival has continued to grow over the years and as well as showcasing new music brings established acts to the city over the Bank Holiday Weekend.

Tickets for the festival are on sale via the website now, priced £30.