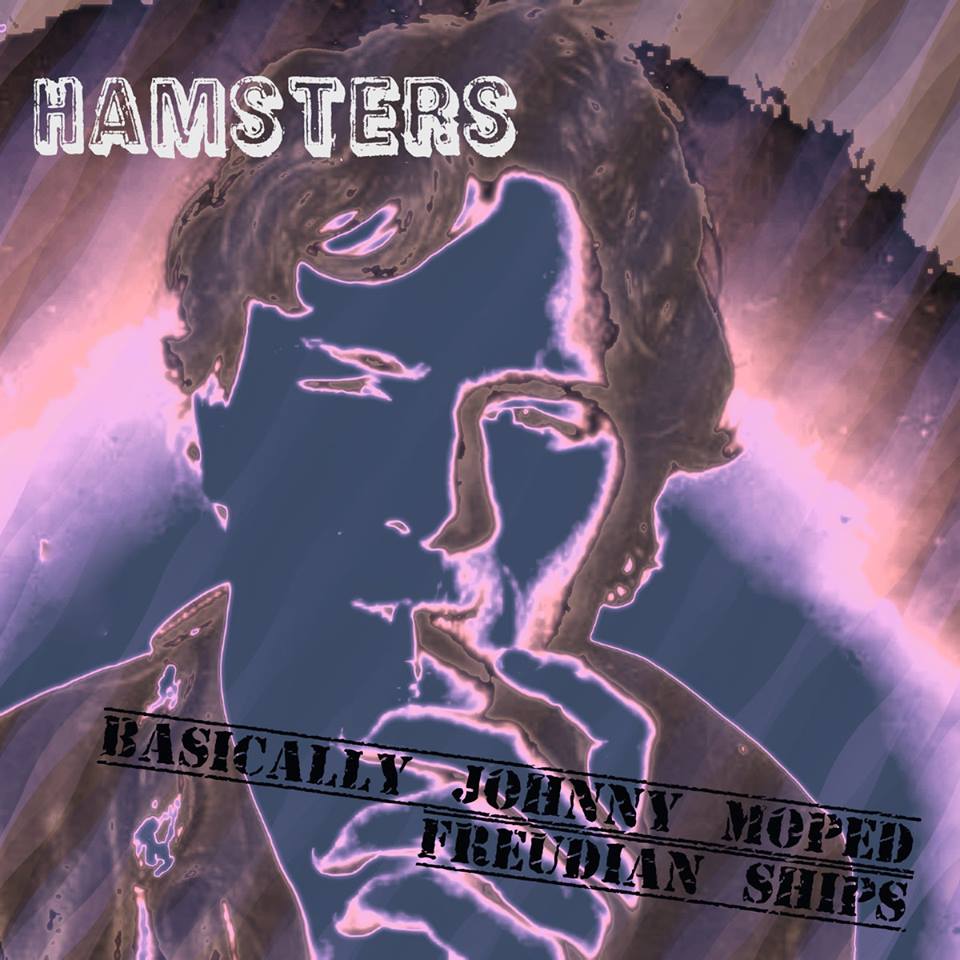 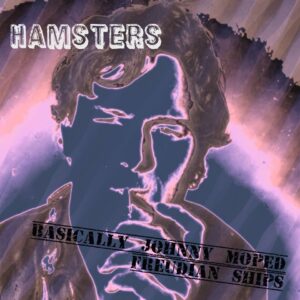 Once upon a time in Manchester there was a band called the Hamsters. …. they were fronted by Ian Moss or Moet as he was known. Ian was one of the 28 apostles in attendance at the I Swear I Was There Lesser Free Trade Hall gig when the Pistols played in 1976.  Whilst everyone else formed bands  he got pissed and got into fights. It wasn’t until 1979 that the Hamsters emerged.  Mark E Smith signed them to his Cog Sinister label and they were loved by many, hated by others. They became legends.  There is a great book about them  and a retrospective album, reviewed here by Mick Middles … and Moet is one of the people behind German Shepherd Records – who I try and big-up on LTW as often as possible…..

Any road, I was halfway thru doing this piece of promotional criticism when Captain Sensible posts the link to the track and tells his rag-tag bunch of followers that it’s great and that German Shepherd is a fine label, hence doing my (unpaid) job for me.  Cheers Captain. 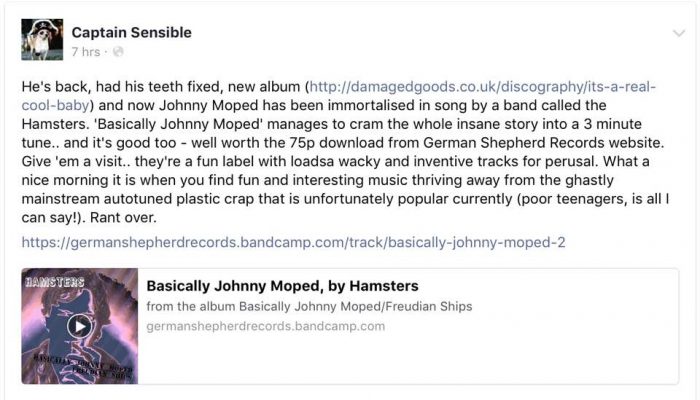 German Shepherd say of the track:

Side A – Basically Johnny Moped , celebrates the legendary outsiders Johnny himself along with Slimy Toad , Dave and Fred Berk and the mysterious Xerxes while giving name checks to other faves with unique visions ‘ John the Postman , Wild Man Fisher, Marc Bolan and Tiny Tim. It is a celebratory blast and salute to people who walk their own chosen way.

So here it is….All we need now is for Moped to release a track in celebration of the Hamsters, the North and the spirit of outsiderdom, which lives on thanks to German Shepherd and other such bedroom labels releasing music for the discerning, disillusioned and delusional!