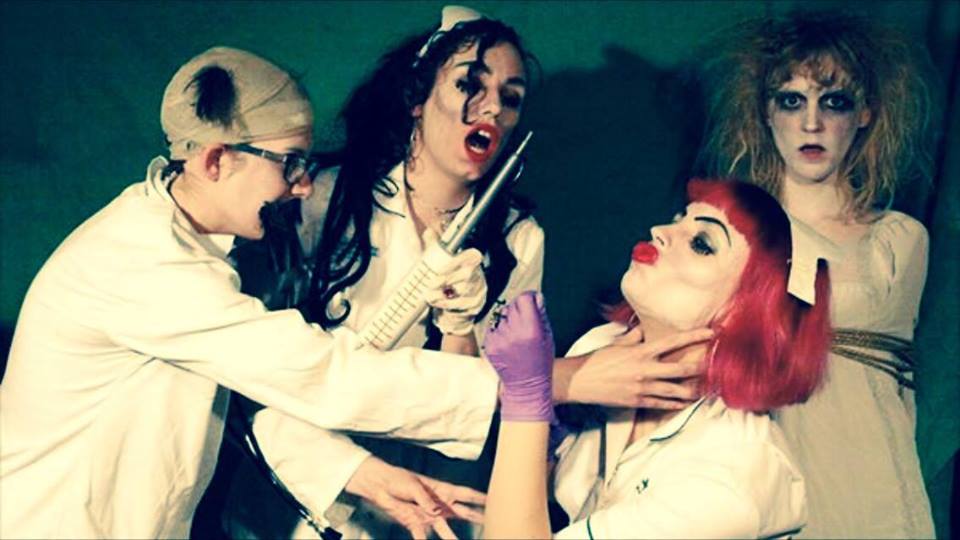 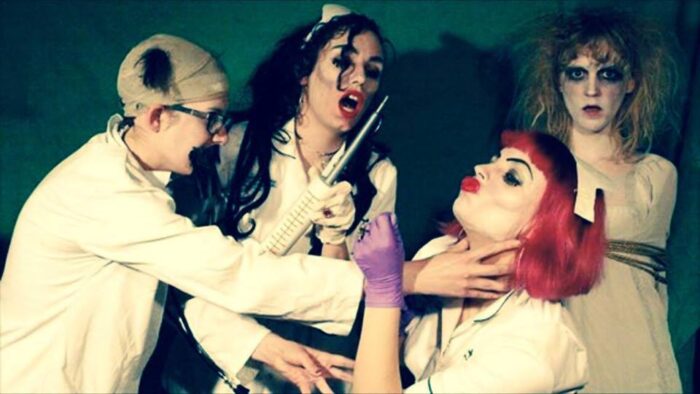 Seeing as its Halloween…. its time for a scarey video-nasty premiere from cult Manc art-punk female noise-terrorists ILL.

One of the cities founding punk-zine writers Steve Shy (of Shy Talk) introduced me to this band…. and they seem to be mad, one-offs but bring to mind the wildness of the Slits, the post-feminist art approach of  Chicks On Speed and a sound a bit like a heavy more electronic Kleenex/Lilliput.

ILL’s heaviest and most furious tracks to date, ILL Song and Slithering Lizards are the first songs from the upcoming album, We are ILL, set for release next year. ILL Song is accompanied by a cheerfully sinister video created by and starring the band. Featuring gin-soaked nurses and a wild-eyed patient straight out of Dr. Caligari, it’s a twisted caper that’s perfect for Halloween festivities.

And here is the video…. a mix of Rocky Horror, Britannia Hospital and Pussy Riot Grrrl madness…

Buy the single on ILL’s Bandcamp.