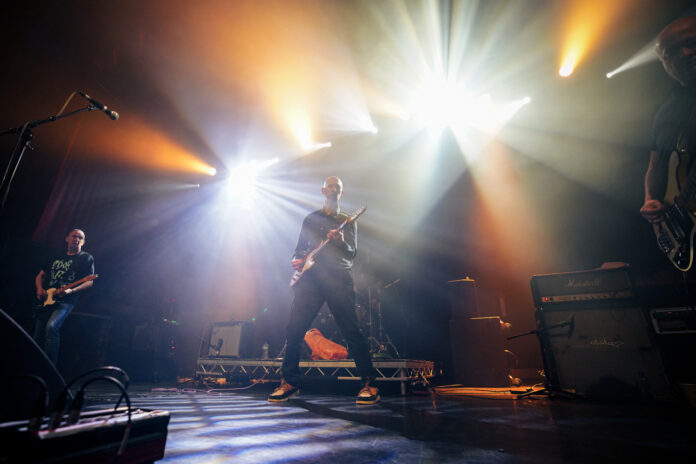 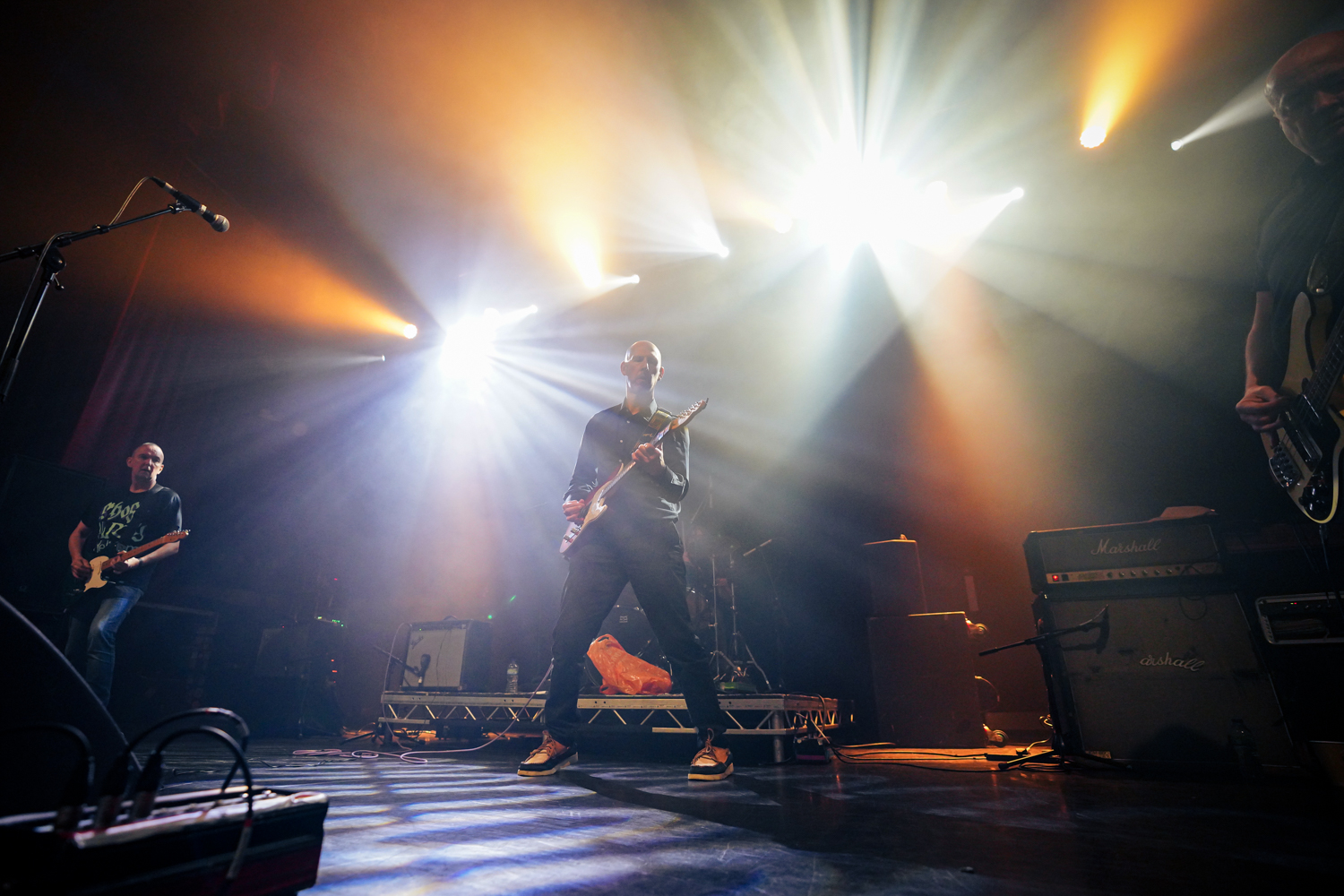 Here we are back at the O2 Ritz in Manchester, and yeah I’ll admit, I’ve been looking forward to this one. By the look of the size of the crowd, I’m not alone. 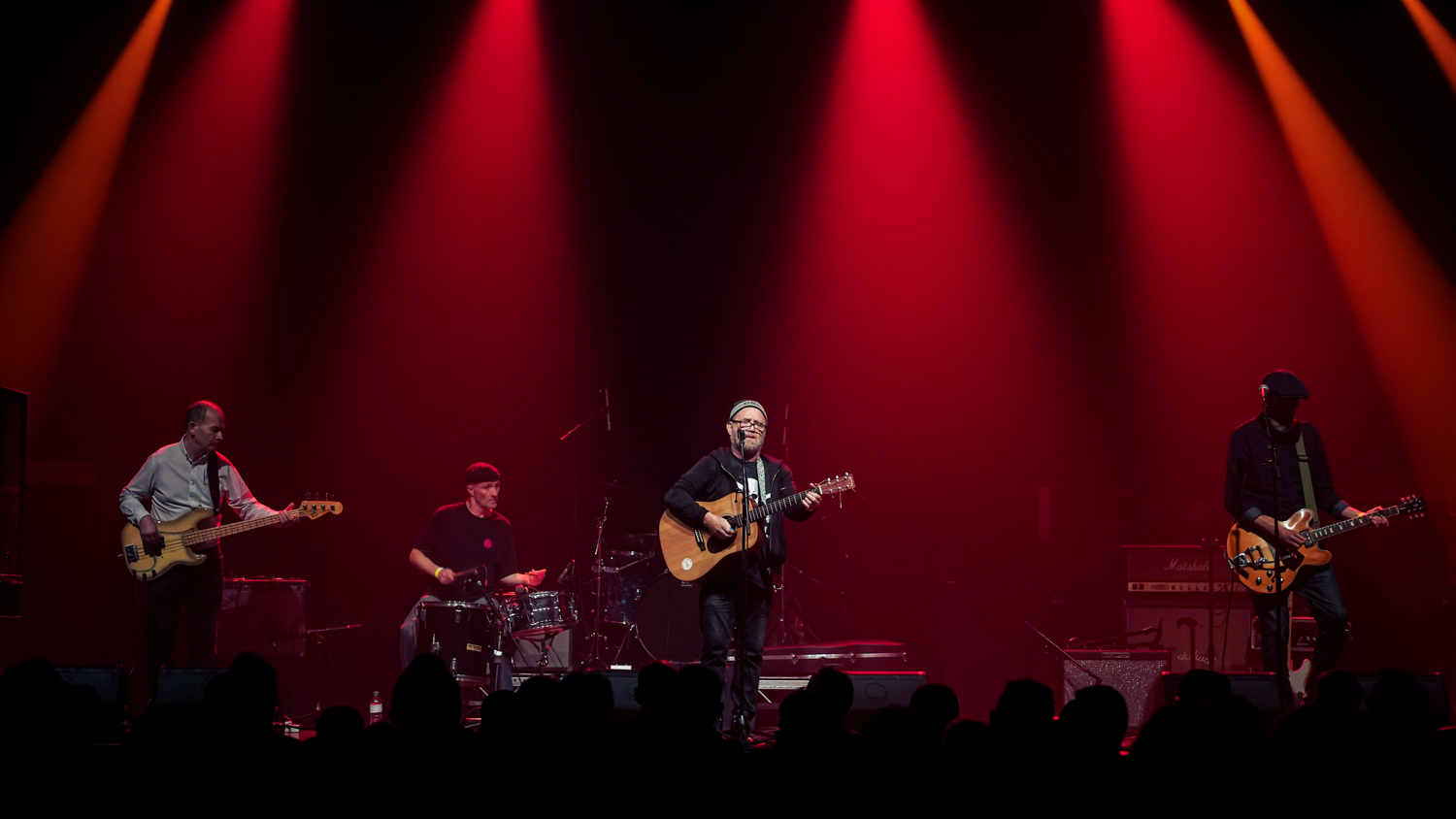 The support is JD Meatyard, A Peel Session favourite in previous incarnations such as Levellers 5 and Calvin Party. Whilst JD has been making sounds for over 30 years, in one form or another, the last 6 years has been spent living in Spain and this has certainly added a verb and flavour to the new music. It’s full of passion and energy, and tracks like Lorca, followed by Dark clouds, have the crowd fully engaged. A Political Song (Blow It Out Yer Arse) gives a full nod to the current political landscape, even though it it was written nigh on a decade ago. There is a consciousness in the music JD Meatyard produces, and it draws from a deep well; class systems, the socio-political landscape, as well as the very personal, all of which is mixed together and given to the crowd through bleeding fingers on guitar, solid drums that strike like a heartbeat, and a vocal that can waiver out of tune, in the way that a heartfelt lover may plead with you. Think Lou Reed, Mark E Smith, John Cale albeit with a hint of Scots-Lancashire accent.

As the band end their set, the crowd give well-deserved applause, with whoops and cheers all round. JDM is a hard one to pin down, which part of the appeal, but if you’re a fan of the likes of Pixies, The Fall, et al, then you can’t go wrong. Highly recommend you check them out.

Half Man Half Biscuit – It’s 8pm and the biscuits are pretty much bang on time. I’ll confess, with no setlist on view my mind is wondering what we’re about to hear. As it is, given the sheer number of songs the Biscuits have in their back catalogue, I needn’t have worried.  As the place is now pretty much full to capacity, the crowd are definitely in for a treat, and Biscuits don’t disappoint and give them exactly what they came for. Musically, it’s a fine mix of old and new, and the fans, because that’s what they are (albeit with some older than others) give gentle heckles, shouts from the back, calls for old favourites, and the band respond in kind by giving them just what they want.

As I looked out earlier, there was a small group doing their best to get a pogo started, and whilst most aren’t taking them up on the offer, there is now a general bop taking place, as well as plenty of cheering and applause at the end of each track – along with the odd shout of, ‘tune yer guitar’. By the time the band are into the sing-along track What Made Colombia Famous, the crowd are enjoying the full interactive experience and there’s not a mobile phone to be seen. As they get through to Everything’s A.O.R., the whole place is bouncing, and there’s still another half hour to go in the set. The Biscuits continue to smash through songs, old and new, and the crowd just love it – and before you know it, everything is coming to an end. 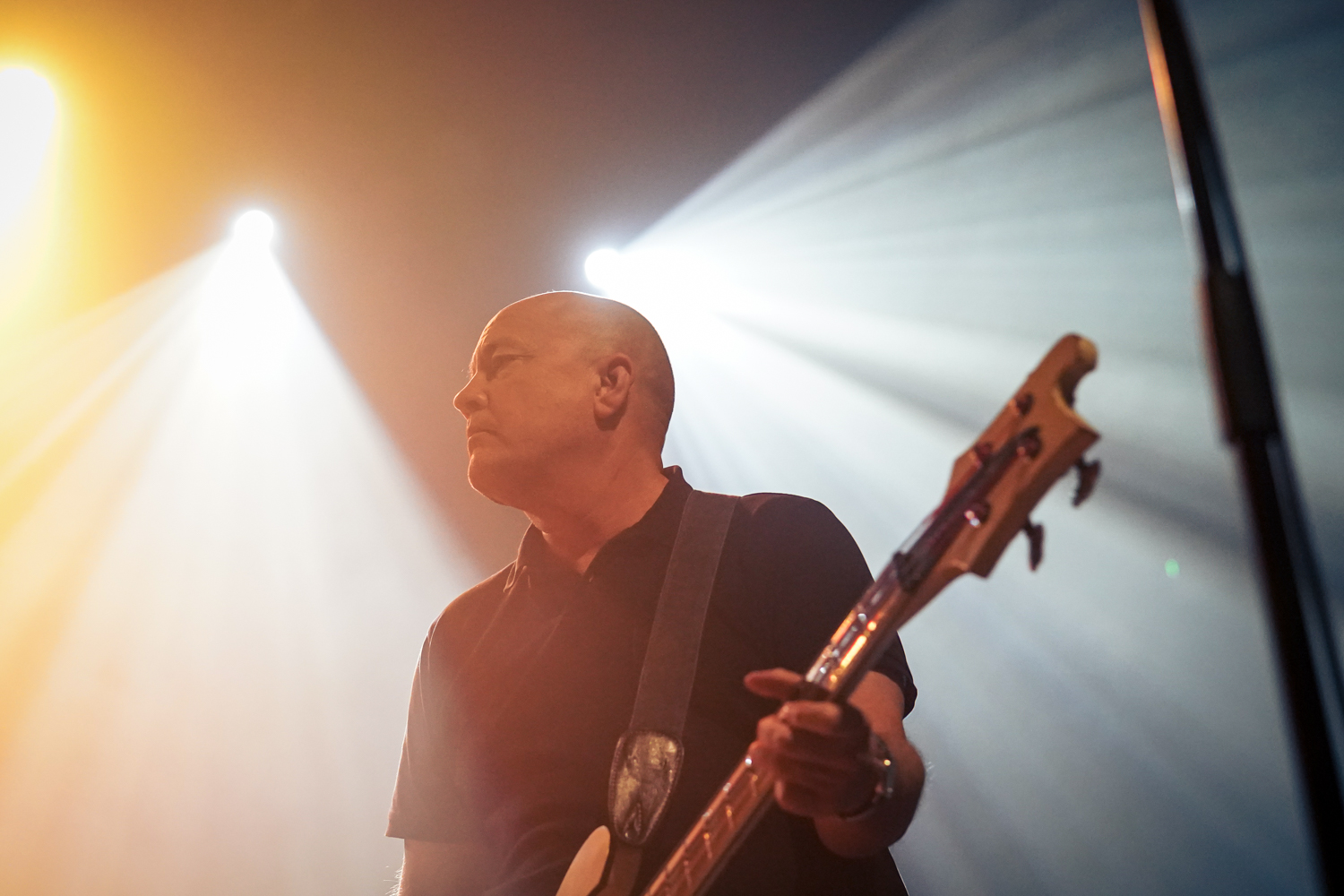 Whilst it’s an early curfew tonight (10pm), both bands (and the crowd) have made good use of the allotted time, getting through a tremendous amount of music, although I’d like to have seen a bit more of JD Meatyard if I’m honest – but c’est la vie.

Half Man Half Biscuit can be found at their website

JD Meatyard can be found here