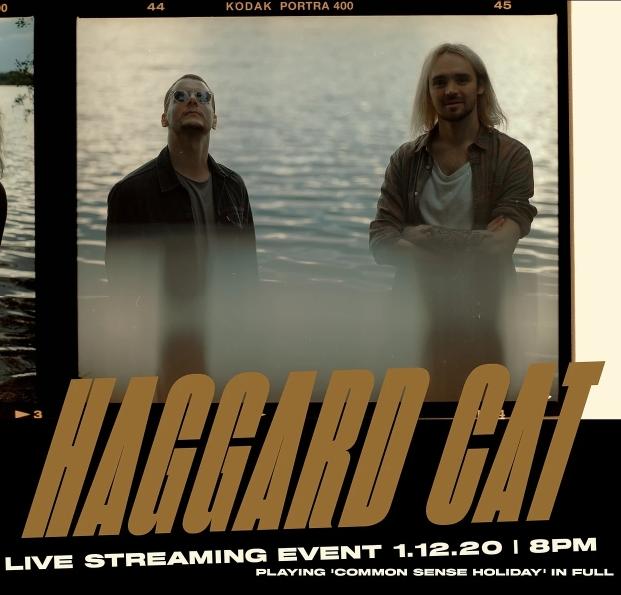 Like many a band, Nottingham’s Haggard Cat have been hit hard by the effects of the Covid pandemic upon our scene. Nigh on the release of their second album, everything looked rosy, the band had finest collection of songs under their belt, rave reviews for the album with the biggest tour to date, and then boom. Lockdown.

Many months down the line and the band, like many others, have found themselves in limbo. Gone is the touring income, the record label and the of course the tour merch sales, the main way any band can make a living in the era of Spotify. Haggard Cat are back at square one. But they have a plan.

Rather than strop, or play a handful of Facebook kitchen gigs, they’ve decided to pool their resources together to perform a one-off live gig of their Common Sense Holiday album in full.

Taking place on December 1st at 8pm, the gig aims to be a thrillingly full-on set, complete with full production values and sound mix.

The gig is free to watch, rather than charge for an online ticket, the gig will have somewhat of a ‘Telethon’ vibe, with donations during the set and exclusive merch being on offer for the gig.

So, start December off by getting a few drinks in from the local offie, hit the living room and spend a couple of hours with some big riffs, big hearts, and help a band out in their hour of need!

You can watch the gig at Help Haggard Cat!

All words by Christopher Lloyd.