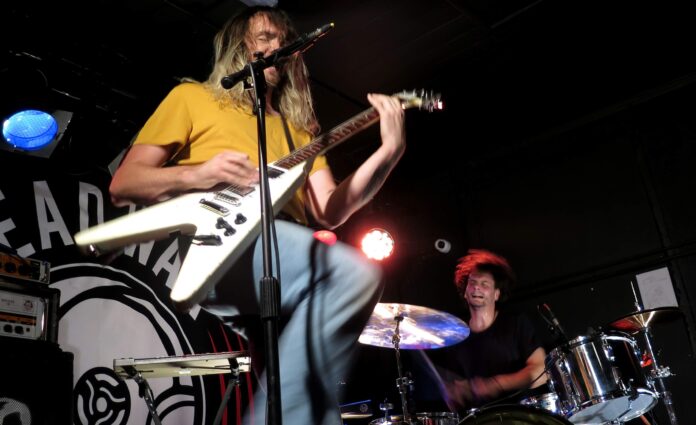 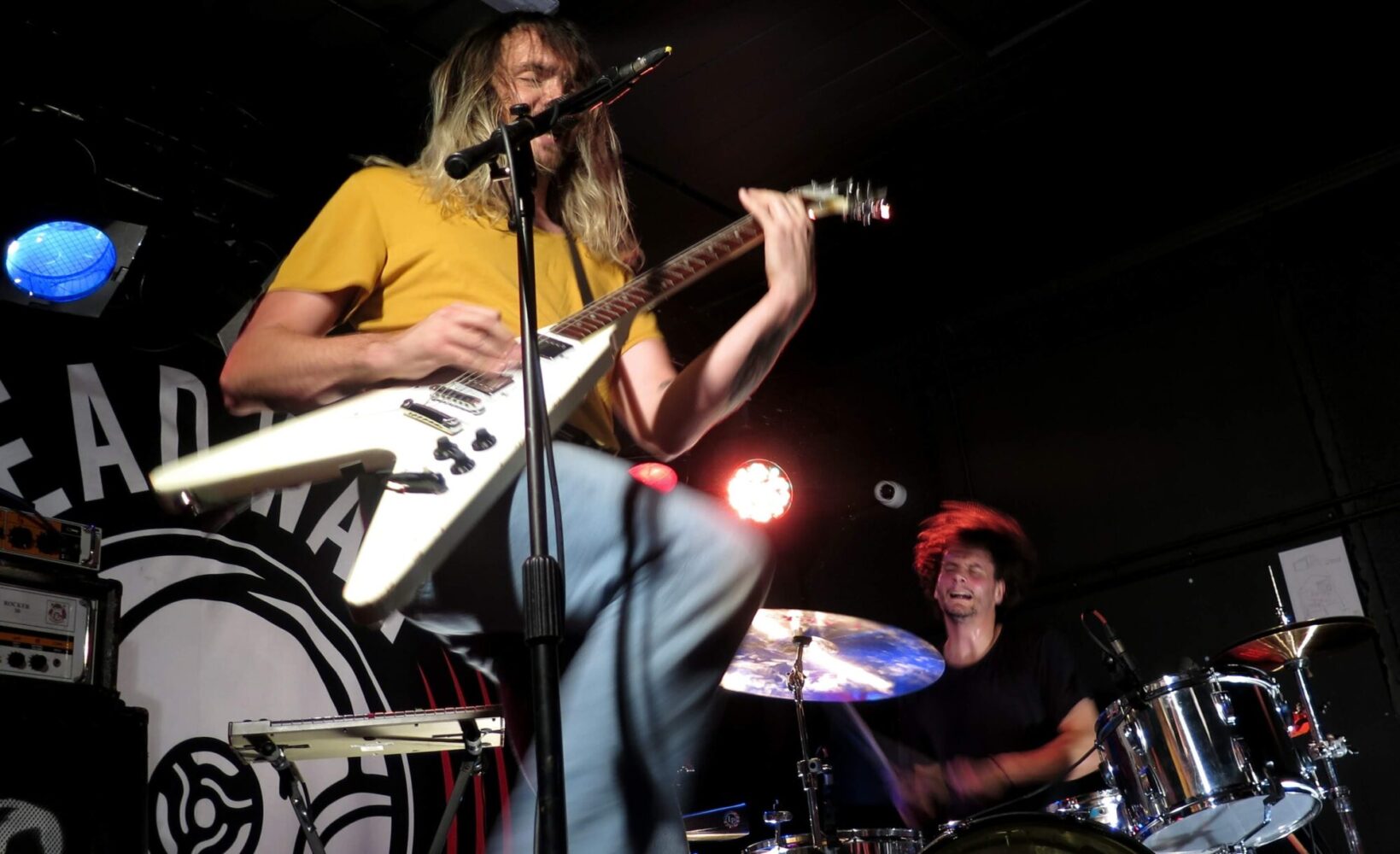 Nottingham duo Haggard Cat were just unleashing their sophomore album ‘Common Sense Holiday’ when the world closed down. Eighteen or so months later, and now that the entertainment industry is climbing back into gear, Haggard Cat have just released their latest EP ‘Cheer Up’. One could suggest that Haggard Cat are somewhat cursed. Due to the pandemic vinyl sales are booming, and adding to that, the ridiculous amount of unnecessary tat that major labels are printing up for Record Store Day exclusive releases (because everybody wants a Jason Donovan picture disc), the few pressing plants that are active are totally overwhelmed, therefore the band can’t make any Cheer Up vinyl profits from the Cheer Up tour. Other bands may well have thrown in the towel at this point, but Haggard Cat have not let the word ‘defeat’ enter their band vocabulary. They have finally got out onto the road again. 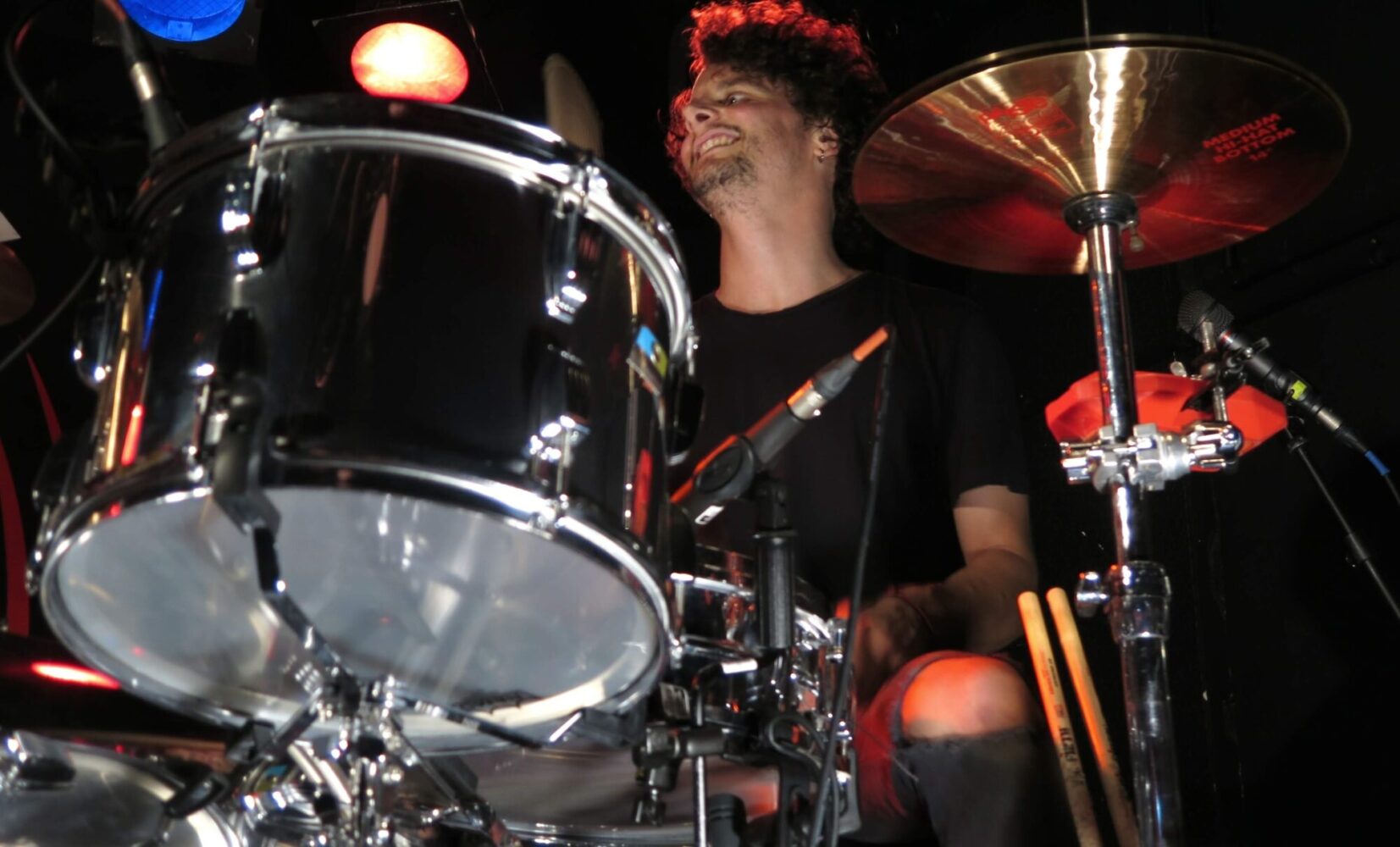 The gig and current vinyl drought situation is enough to bring the most optimistic of us down, and yet as Matt Reynolds and Tom Marsh hit the Dead Wax stage it was instantly apparent that all this misery could and would be brushed under the rug in celebration of actually just being able to play in front of fans and friends once more. The mission to lay blaze upon the last two years and to ensure every soul in the building was more than cheered up, was a resounding success from the off.

As an EP, Cheer Up is their best release to date, a more furious beast than their tracks of old, yet only a couple of tracks were played from. The audience instead got the chance to feast upon live versions from Common Sense Holiday that they earlier missed, due to the world falling apart. The highlight of the night was the single European Hardware, a relentless yet upbeat monster that saw Matt’s guitar riffs barely getting space to breathe from Tom Marsh’s barrage of drums, with the vocals aided and abetted by a tune thirsty, gig deprived throng. Every word and scream was matched perfectly, before a call and response section kicked in that, whilst clichéd in some hands, was fully improvised and can only have been the product of a band and their fans being absolutely tuned in to one another and in total love with the power of music along with the here and now. 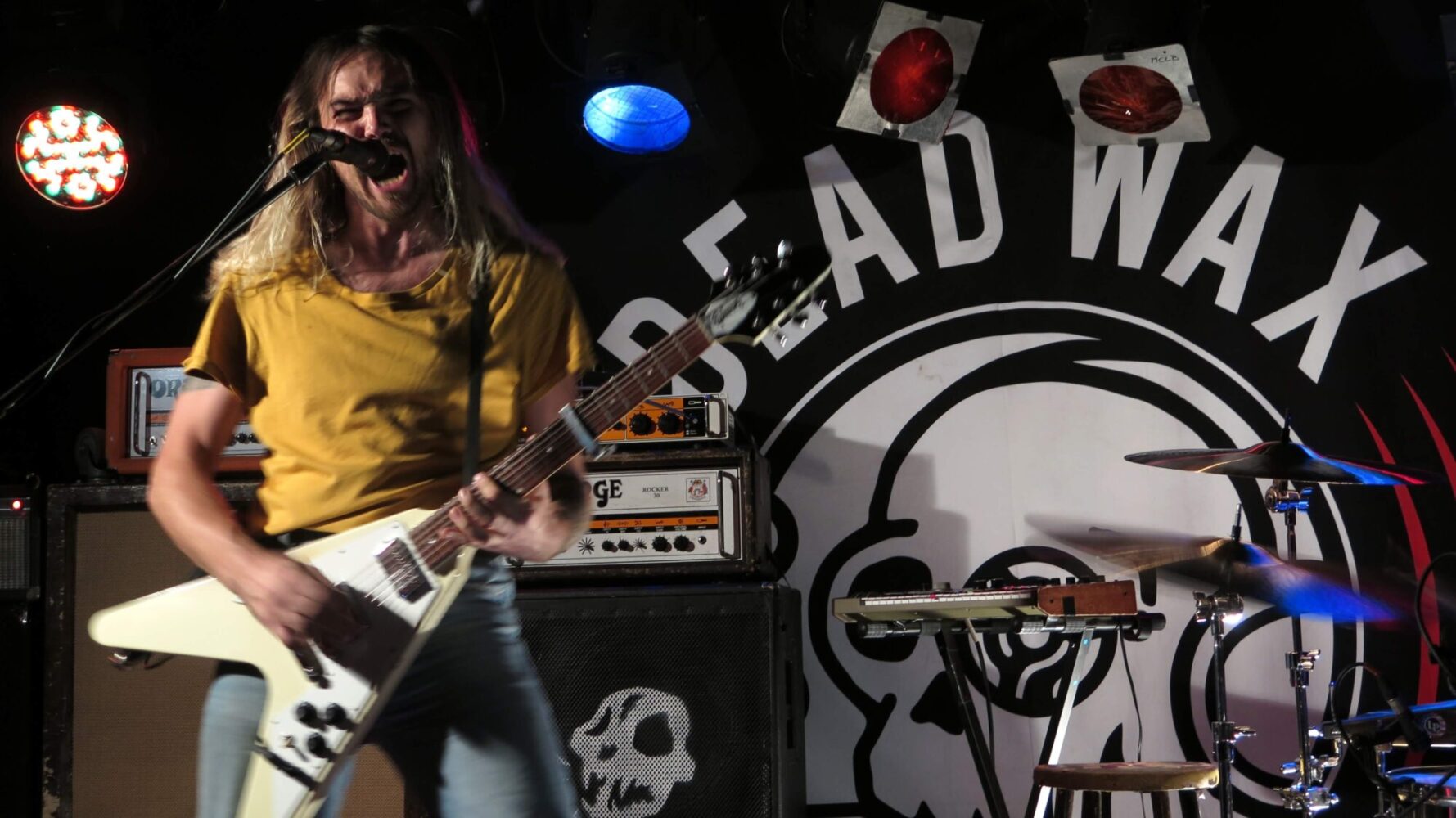 It was a tight and long set. “Who walks off stage just to walk back on”, was the message as the traditional encore was eschewed and the band ripped into set closer Ghosts Already, a slow bluesy jam that builds into an absolute riff monster. The lyrics may scream “Our hope is already dead”, but Haggard Cat’s storming set along with the smiles festooned upon everyone in the building’s faces, staff included, was a testament to the power of real live music played by such a humble and powerful band.

All words and Photographs by Christopher Lloyd. You can find more of Christopher’s writing at his author’s archive.